Liberal Democrat commentators in the media 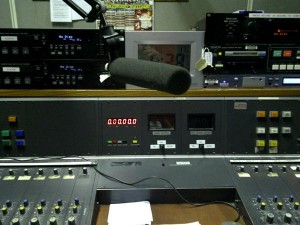 Yesterday’s Week in Westminster on Radio 4 has generated a little bit of a spat in the Liberal Democrat blogosphere. Not so much because of what was said, but because of who said it.

The BBC was looking to hear some grassroots Liberal Democrat opinion. The two contributors to the programme were Ben Ramm and Nick Thornsby. Presumably these were intended to be views from the left and the right respectively, but you never can tell.

The media’s repeated willingness to offer Ben Ramm opportunities to air his views on party matters is curious, given that to the best of anyone’s knowledge he hasn’t been in the party for quite a while. It is even more puzzling than their insistence on asking Mark Littlewood for his views on the state of the party. At least Littlewood did at one time hold a key post at LDHQ, even if he hasn’t for quite some time now.

But we already know about the Ramm problematic.

The spat I have in mind is Gareth Epps’ criticisms of Nick Thornsby, whose position he summarises thus:

Nick Thornsby … to my knowledge is known solely as an opinionated blogger and has not held any office in the party. He represents no-one.

That seems more than a bit harsh.

In political terms I am probably as far away from Thornsby as it’s possible to be and still be in the same party, so I have no sectional interest in defending him. Indeed, I am closer to Gareth’s views on most matters political. But it is clear that as one of the editors of Liberal Democrat Voice Thornsby has a profile. He’s won the BOTY. Presumably that’s what gets him the epithet “opinionated”. It was also equally apparent that his work is in the process of bridging the gap between the blogosphere and the mainstream media. So it is hardly a surprise that he pops up in the media, following the path of several previous Liberal Democrat Voice editors before him.

This got me thinking more broadly. Who can sensibly speak for “the grassroots” or represent Liberal Democrat views in the media?

Gareth clearly feels that it should be someone who holds office within the party. Presumably holding office can’t include being a leading member of one of groupings within the Liberal Democrats – Social Liberal Forum, Liberal Reform or Liberal Left. On that criterion, as a prime mover behind Liberal Reform, Nick Thornsby would seem to be fully qualified. As would someone like Charlotte Henry, who also crosses our screens occasionally. So holding office must mean something more like being on FPC or FCC. But I do wonder whether reaching the dizzy heights of FPC almost by definition means that you’re starting to be sucked into the Westminster bubble and you’re no longer a “pure” representative of the grassroots, if that is what is required.

Are commentators speaking as liberal democrats – unconstrained by today’s Lines to Take – or for the Liberal Democrats – obliged to toe the party line?

The latter would tend to imply that one needs to have some sort of position near the top of the party to offer any meaningful insight. The interpretation of the former, I guess, depends on whether you are offering an individual view or a view that is constructed as representing something broader – “the grassroots”.

Of course, the subtleties of these distinctions may well be completely lost on the audience – or the broadcaster for that matter. And, unless you happen to be a particularly influential individual, broadcasters are unlikely to be hugely interested in your views without some accompanying claim that those views provide some broader insight into what’s going on or what a broader group of people think. You have to be, however loosely, representing something.

If you look across the Liberal Democrats outside the Parliamentary party who have some profile in the mainstream media, then their position often originates in the blogosphere as close watchers of Liberal Democrat affairs and political affairs more broadly. They may have held some sort of office in the party. Or they may not. You might think of Mark Park. Stephen Tall, or Mark Thompson in the broadcast media. Or Richard Morris, Prateek Buch or Gareth Epps himself in the mainstream “print” media. It doesn’t seem to me that Nick Thornsby is noticeably less qualified than several of these other Liberal Democrat members to offer a view on proceedings.

And a media encounter with any one of those commentators will undoubtedly offer more that I, as a mere grassroots member, can agree with than would be contained in the entirety of another truly teeth-grinding interview with Danny Alexander.

Perhaps a bigger issue is that if people took that list commentators as indicative of the Liberal Democrat grassroots then it would suggest the Liberal Democrats comprise primarily highly articulate middle-class men, the majority of whom are white. There is a selection effect in operation here, for sure. And you certainly find Liberal Democrat women appearing in the media. I mentioned Charlotte Henry above. Others, such as Daisy Benson, can also be encountered on screen. But, unless I’ve missed something (which I admit is perfectly possible*), the Liberal Democrat “grassroots” presence in the media is less diverse than would be desirable. In fact, with Olly Grender and Miranda Green having had significant media profiles, the party perhaps does slightly better in terms of diversity among those who are reading the runes from within the bubble than from without.

But then diversity, or lack of it, is a problem we’re all – at the top or the bottom of the party – only too well aware of already.

* In particular, I have a sneaking suspicion that I’ve missed Caron Lindsay’s appearances on the msm.