Is the summer campaign an admission of failure? 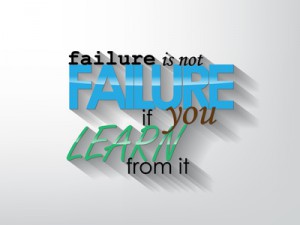 I had to read Dan Falchikov’s The new Lib Dem summer campaign is an admission of failure a couple of times to get to grips with the issue. The blogpost topped last week’s LDV Golden Dozen so, presumably, it attracted a decent readership. And so it should.

Dan comments critically on the technocratic and tin-eared nature of the first part of the title of the campaign “A record of delivery”. He rightly argues that it now appears that Clegg and his “frightfully bright” “teenage acolytes” have realized it might be good to tell a better story about the Liberal Democrat agenda for government. Very much as several of his internal critics have been saying he should for the last three years. Better late than never, I guess.

Attention then turns to the second part of the summer campaign: the “Promise of more”. Here the Dan summarizes the core of the promise as follows:

To say that Dan is underwhelmed by this would be to understate the case. He is, it would be fair to say, scathing:

If that’s the best Clegg and his vast team of SPADs can come up with then the game is really up. It’s a pathetic programme that shows he’s run out of ideas going forward. He’s put the party in a place where he’s trashed its past, failed to communicate any positive present and is now outlining a uninspiring, technocratic future (no doubt aligned again with Cameron’s Tories).

I don’t think I’d go quite that far, but I agree that this campaign doesn’t immediately set the pulse racing. If this were the extent of the ambition of Team Clegg – and it is, after all, the ambition of Team Clegg that matters, rather than any broader policy aspirations the party members might have – then it might indeed be an indication that “the game really is up”.

It is hard to identify anything distinctively radical or liberal about the elements of this campaign, which is odd given the emphasis Clegg rightly lays on such things. You might argue that the continuing centrality of education to the policy agenda is characteristic. Although even here the substance of the “promise” is not, as I understand it, particularly ambitious.

You could read this summer campaign agenda as indicating that Team Clegg has “run out of ideas”. But you could equally read it in other ways.

You could read it as an admission that some of the distinctive things that get liberals very excited – civil liberties, decriminalisation of drugs, constitutional reform, perhaps – are no basis for a platform to engage with the electorate. The focus groups indicate they aren’t the sorts of things to get voters similarly excited. So it is an admission that the party is following rather than leading.

You could read it as saying that the botched attempts at change during the current Parliament – on constitutional reform for example – have put some of the things liberals would dearly like to see happen off the agenda for at least a generation. Or that Euro-advocacy is better kept in the background after May’s series of unfortunate events.

Or you could read it as saying that some of the policies that many Liberal Democrats would like to see promoted are off the agenda because there’s no way Clegg could credibly be the face of a campaign in which they featured, given the Coalition’s record. Making health care or civil liberties the cornerstone of a campaign, for example, would be to invite ridicule. So as long as Clegg is leader the party’s agenda will have to be steered away from areas in which the party is now indelibly associated with regressive or illiberal change as a result of the Coalition’s activities. Differentiation can only go so far before it shades into implausibility.

I don’t know which interpretation is the most accurate. They all indicate a problem. But each is a different type of problem. And it would be good to understand better which problem we’re facing.