Bedroom tax … and beyond? 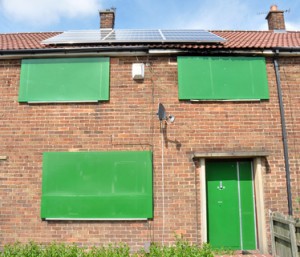 We are now beginning to get some insight into the fallout from the Government’s changes to the housing benefit underoccupation rules: the policy that Grant Shapps would like you to call the “spare room subsidy” but most people call the “bedroom tax”. It is a topic I’ve blogged about previously, including on the challenge of interpreting the evidence regarding what’s going on.

It is worth briefly reviewing the possible consequences of taking a group of people whose household incomes, after assistance from social security, are already at poverty levels and increasing the amount they are expected to pay for their housing from their own pocket.

Households may cut back on other expenditures in order to ensure the rent is paid. You might then, for example, expect increased demand at food banks, see reports of children turning up to school hungry, or hear stories of people discovered rooting around in rubbish bins for food. When the weather turns colder you might expect an increase in morbidity as a result of fuel poverty.

Alternatively, you might expect rent arrears to increase. If this results in landlords evicting tenants then there will be an increase in homelessness. Or, at the very least, it places constraints on where tenants are able to move because only certain landlords – most likely their current landlord – will consider rehousing tenants carrying rent arrears.

Thirdly, tenants might move to alternative accommodation. You might anticipate that such accommodation would be smaller and cheaper. But in fact, given the quirks of our systems of housing assistance, it might be smaller, but cost the public purse more. It might well also be less suitable, if the household had previously been occupying a property assessed as suitable for their level of need. This will often be the case where housing allocation schemes recognise the additional space requirements of disabled households, while the new housing benefit rules are insensitive to such niceties.

The Government, in public at least, complacently asserted that it expected households to move in order to reduce their housing costs. This, in turn, would improve the utilization of the housing stock. Of course, this option depends on suitable alternative accommodation being available and accessible. While many tenants may be willing to move, fewer are able to do so. Yesterday’s Independent, for example, reported that 96% of affected tenants were not able to move locally because of an absence of smaller properties.

While social landlords and local policy makers have been warning of this problem since the policy was first proposed, there is a limited amount they can do in the short term to magic up additional properties. That doesn’t mean that they aren’t trying to act. At the end of last week, for example, the Welsh Government announced an additional £20 million to build smaller properties specifically to address the fallout from the reforms to housing benefit. But they will take a while to build.

Finally, the policy could have significant consequences for landlords. Increased arrears can create problems of cashflow and viability, and problems with lenders. More resources have to be poured into rent collection and debt management. There can be problems letting larger properties, if there is no interest from households who can pay the rent from their own pocket and the housing benefit system won’t support benefit-dependant smaller households to live in them. Low demand may develop in parts of the stock that were previously popular. Property redesignation or demolition may be contemplated. The new rules on underoccupation have considerable potential to play havoc with asset management strategies.

It is still early days but we are starting to see real consequences from this policy. And there are problems of each of the four types above. Some of the worst effects are, however, yet to appear. They are being mitigated by transitional relief. That funding will eventually run out. In fact, it is likely to run out relatively soon. It is also worth recognising that some of the coping strategies households have adopted are not sustainable beyond the short to medium term. So we have a while to go before we understand the full picture.

An interesting question is whether the policy will be around long enough for us to understand the full picture. The Labour Housing Group, in its consultation on 50 ideas for housing policy, called for the bedroom tax to go:

42. The ‘bedroom tax’ should be ended in favour of a new national plan to tackle under occupation based on incentives and a stronger ground for possession with a right to suitable alternative accommodation

It is not yet clear whether this will make its way into the party’s policy platform for the 2015 General Election. While there are many arguments against the bedroom tax – including that it is largely counterproductive – critics have yet to deal adequately with the fact that it is popular with those who are not affected by it. So doing away with it may not play well with key groups of swing voters.

Now we have a move by the Liberal Democrats. At the imminent party conference Policy Motion F27 addresses the issue of housing benefit for social tenants. The motion, as it stands, seeks to do little more than mitigate some of the worst problems the policy is creating. However, earlier this year the Scottish Liberal Democrats passed a motion calling on the Government to rethink the policy. It is clear that some Liberal Democrat activists are extremely uncomfortable with the way the policy is affecting vulnerable – particularly disabled – households very directly. It wouldn’t be at all surprising if amendments to strengthen the policy motion were tabled in the run up to the conference debate.

Whether the motion passes as it is, or further strengthened, is one question. Whether, if it does, the party’s Parliamentarians feel obligated to attend to the outcome is quite another. So far they have displayed a remarkable ability to ignore conference votes of this type, even when the vote is overwhelming, when to follow party policy would put them into conflict with one of the Conservatives’ pet projects. However, this motion primarily proposes modest steps to deal with some of the most egregious inequities created by the policy, rather than calling for wholesale change. So it may gain some traction.

For those aspiring to see the back of the bedroom tax, this motion, as formulated, is likely to provide little comfort. It makes only a small contribution to strengthening the coalition in favour of an alternative approach. But it does something.  It might be seen as offering hope: the Liberal Democrats have not become so wedded to IDS’s agenda that they rule out a change in pursuit of a more humane approach. Realistically, if this motion passes it may primarily act as a resource to draw on if Coalition negotiations turn out to be necessary in 2015.

Conference accepts there is under-occupancy of social housing, and all tenants, including pensioners, should be encouraged to live in homes that meet their housing needs.

Conference is concerned that the Government’s extension of Labour’s policy of reducing housing benefit entitlements for private rented sector tenants considered to have spare bedrooms to the social housing sector is discriminating against the most vulnerable in society.

I. The majority of rural and urban areas outside large cities such as London have insufficiently large, diverse and dynamic social housing markets to make moving into a smaller property locally a viable option
II. There is lack of appreciation of the housing requirements of children and adults with disabilities and care needs
III. Insufficient funds are allocated to Discretionary Housing Payment Funds of Local Authorities to meet demand and there is insufficient support for tenants to apply and to challenge decisions
IV. In many areas it is more important to free up family homes with three or more bedrooms than two bedroom homes.
V. The implementation of policy paper 104, Decent Homes for All, should be a priority for Government.

i) Scottish Liberal Democrats passing a motion against the policy.
ii) Reports that some councils will not evict those in arrears or will not adopt the policy in full.
iii) The work of many, including voluntary organisations, in supporting those applying for discretionary payments and highlighting the injustices caused by this policy.
iv) The changes successfully demanded by Liberal Democrats in Government to protect some of the most vulnerable, including exempting foster carers and families of members of the Armed Forces.
v) The increase in the Discretionary Housing Payment fund from £60m in 2012/13 to £155m in 2013/14 achieved by Liberal Democrats in Government.

Conference calls for further action by Government, including:

1. An immediate evaluation of the impact of the policy, establishing the extent to which larger homes are freed up, money saved, costs of implementation, the impact on vulnerable tenants, and the impact on the private rented sector.
2. A redrafting of clear housing needs guidelines in association with those representing vulnerable groups including the disabled, elderly and children that are responsive to local circumstances.
3. A review of the amount allocated to Local Authorities for the Discretionary Housing Payment Fund and guidelines on the use of these funds and appeal processes.
4. The development of practical strategies to encourage pensioners to downsize where a single person or couple lives in a three or more bedroom home.
5. In the context of new guidelines an assessment of the current and future demand for social housing and the use of this at local level to facilitate planning to get the right homes in the right place.
6. Until any new guidelines are in place:
a) No withdrawal of housing benefit to those who are on the waiting list for social housing which fits the current guidelines within their local area.
b) No reduction in housing benefit from their projected housing need for those who, for a period of less than six months, temporarily have a smaller housing need due to a change in their circumstances, but whose need will predictably return to a higher level (e.g. whose children will pass the age limits for separate rooms within that period).