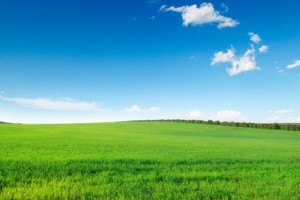 What’s missing from the story of Britain’s ongoing housing crisis?

From the Government we’ve had the usual market fundamentalist refrain that the root of the problem is planning and regulation. So we’re presented with various proposals to deal with the problem. First, the Government invited representatives of the development industry to assist in rewriting planning guidance to their benefit as part of the process of drawing up the new National Planning Policy Framework. Then we had the proposal to relax planning regulations on house extensions and conservatories in order to allow households to expand in situ. The Growth and Infrastructure Bill has now emerged to cut localism off at the knees by proposing to take power away from local planning authorities and centralise it whenever the Secretary of State deems local decision making not to be to his liking.

Finally, the Government is now reviewing building regulations to see what can be discarded. Because, as anyone who has ever visited one will know, recently constructed properties in the UK at all price points are built to an unreasonably high standard.

Short term expediency and boosting profitability for the Conservatives’ friends in the construction industry are key.

The fact that properties being built or modified now are likely to have an effective life of over a century, so it might be a good idea to build them well, is clearly the sort of theoretical concern only someone in an ivory tower would raise.

But Government’s perspective is only one among several.

The Government’s critics would argue that this focus upon planning and regulation is misplaced. On the supply side it ignores developers’ behaviour. They have been rebuilding their balance sheets and boosting profitability, but not expanding output. Good for them, not so great for the country.

Beyond supply issues the problems are manifold. The problems associated with housing finance are well rehearsed. The continuing stagnation of incomes and ongoing uncertainty in the labour market mean that the demand for home ownership is muted. It’s not surprising that developers aren’t building if few are able and willing to buy.

These factors have all been in the mix in contemporary discussion. Debate continues over how to disentangle them and quite where to strike the balance in terms of the causes of the current predicament.

But it strikes me that at least one thing is missing from the discussion – land ownership.

The other day I went back and read Winston Churchill’s famous speeches on land. The speeches were made during Churchill’s sojourn in the Liberal Party and were associated with the 1909 People’s Budget. They are held up as some of the most powerful advocacy of land taxes that there has ever been. One of the interesting features of those speeches, apart for being rhetorically much more sophisticated than much contemporary political discourse, is just how many of the arguments have contemporary resonance. For example, Churchill rails against the use of what he calls the “poor widow” bogey to justify not taxing land. We now talk of the injustice of taxing the property of the asset rich and income poor.

But the most striking thing about Churchill’s argument that it is framed in a context where spatial planning was largely absence. Yet insufficient land release was still being identified as problematic because it led to overcrowding and lack of affordability. The Government today identifies an over-restrictive planning system as the root of this problem. Churchill identified the profiteering land owner, holding on to the land in order to extract an ever greater sale price, as being the root of this problem. His argument in favour of a land tax was, perhaps not surprisingly, that changing the holding costs of land will encourage land release and hence improved living conditions for the urban poor.

We hear very little about the contemporary land market. There are certainly discussions, albeit perhaps relatively infrequent, of developers’ optioning and land banking and forward land supply. And developers are very keen that public sector landholders be compelled to release their land at bargain basement prices.

But rarely do you see disaggregated analysis of private land holdings to explore whether local land markets are competitive. At the same time there is very limited research on the aggregate structure of land holding. But land holding appears to continue to be relatively concentrated. A recent paper by Home* notes that:

At the beginning of the 21st century, notwithstanding the growth of home ownership, landed wealth is still concentrated in relatively few hands … An estimated 200,000 individuals (mostly comprising the monarchy, aristocracy and gentry) own about two-thirds of the land, and [it has been] estimated that some 1700 individuals owned a third of all land.

Given this situation, it is highly likely that within specific local housing markets there exist monopolies of land suitable for development, even before we get to the question of whether that land is designated for development by the planning system. The planning system may compound problems, but it is largely blind to the underlying structure of land ownership. The source of slow land release would be better sought in attempts to maximise monopoly profit than in the zoning of insufficient land for development.

It is curious that the question of land ownership – which was so central to the arguments Churchill advanced – have largely disappeared off the policy radar. Undoubtedly it serves the landed interest well.

Perhaps it is time to expand the debate to revisit this territory.