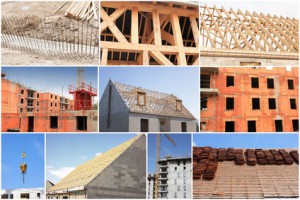 There is something of an oddity in the debate over the nature of the problems facing the UK housing system, and therefore by implication where the focus of policy attention is best directed. I’ve remarked on it before but it struck me forcefully this week when reading Christian Hilber’s new briefing, prepared with the aim of informing the election debate, UK housing and planning policies: the evidence from economic research. This was reinforced by Andrew Lilico’s contrarian post at CapX yesterday, which argues that there is no housing crisis and never was one. I don’t agree with Lilico’s overarching argument, but in the course of his discussion he makes a very important point.

Much of the most high profile input into the housing debate from the academic community is coming from economists at the London School of Economics. Christian Hilber and Paul Cheshire are the most prominent contributors. The solution to the UK’s – principally the South East of England’s – housing problem from the LSE perspective is relatively simple, although politically problematic. The problem is the planning system creating artifical scarcity. The solution is to release more land and, in particular, challenge the sacrosanct status of the Green Belt around some of Britain’s most successful cities. That isn’t the only element of the policy prescription – there is, for example, concern for the way stamp duty impedes the smooth functioning of the housing market and a preference for recurrent progressive property taxes – but relaxing planning restrictions is the principal message.

I am by no means against looking hard at the Green Belt and adopting a more subtle approach to the management of land on the urban periphery. It has got to be part of the solution. But it isn’t the solution on its own. As I’ve argued previously, it ignores issues of sprawl, it takes no account of the impact of the changing nature of the housebuilding industry or the pattern of land holding in shaping what gets built and, equally importantly, when it gets built. We need to be talking as much about density – compact and sustainable cities – as we do about allowing cities to spread.

But all of those issues operate on the same analytical plane – they are all, broadly speaking, related to the treatment of housing within urban economics. The disconnection that I have in mind – the one that Lilico reminds us of – is that housing is also an asset market and that a part of the explanation for house price inflation is changing credit conditions. The run up in prices during the 2000s was associated with increasing competition in credit markets and the relaxation of lending criteria. The relatively rapid drops in house prices after 2008 can’t be easily accounted for if the run up in prices was driven primarily by shortage, even allowing for the stagnation in real wages. If credit conditions are the issue that leads policy in the direction of a concern with regulation – regulating loan-to-value ratios or loan-to-income ratios or relying on macroprudential regulation.

Clearly it’s not that economists are unaware of the importance of credit conditions in explaining house price movements. It’s just that they are not necessarily the same economists. Often those looking at price movements and cycles are doing so using adapted macroeconomic models. They might descend from the macro to the regional, but more rarely does the analysis interrogate the microlevel. And when the analysis is focusing on households’ access to credit and its impact upon their housing decisions it is rare to also seek to capture the effects of urban economic factors such as variations in the restrictiveness of planning regimes in all but the crudest fashion.

In part this disconnect is a product of a division of labour and a difference in analytical interest. But it is also a product of the challenge associated with producing a genuinely holistic analysis when relying on the sorts of methods conventional economics typically uses. Whilst in principle we might recognise that an all-singing, all-dancing analysis is what’s needed, compromise is necessary to produce something that is analytically tractable.

That is understandable at the level of research method. But at the level of policy we have to keep in mind that the factors contributing to the housing crisis are complex and multidimensional.