The smoke and mirrors of small politics 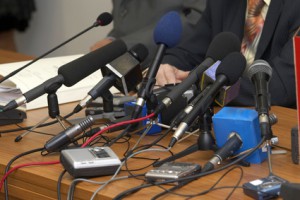 This is supposed to be the most exciting election for decades, with the outcome still unclear only four days before polling day. But I can’t say I’m feeling it. With the exception of yesterday’s quite extraordinarily bizarre #Edstone stunt, it has all felt pretty humdrum, slightly surreal, and deeply infuriating. All at the same time.

It is humdrum because the spinners have tried to ensure politicians say as little as possible of substance and have largely managed to erect an impenetrable cordon between the politicians in their charge and anything resembling either a real person or a real question. So much of what’s happened during the campaign has felt rather anodyne. Last week’s special Question Time event in Leeds stands out so clearly as a consequence. The leaders had to engage with ‘the public’ in a way that was slightly less than rigorously stage managed – and for a change some of the bowling was overarm rather than underarm.

The election campaign has felt slightly surreal because politicans on most, if not all, sides have been allowed to get away with making all sorts of egregious pledges and commitments with very limited effective challenge. It would appear to be entirely acceptable for political parties to promise simultaneously to reduce the tax take, increase spending, and remove the deficit without thereby being derided as utterly incoherent. You would have thought adopting this sort of position should mean a party disqualifies itself from being treated as a serious party of government. But it seems not.

It’s as if tactics to achieve short-term impact on the headlines are everything. Promises are perceived to be consequence-free. You can promise anything you like, as long as it sounds enticing, because no one is really going to be able to hold you to account if you don’t deliver. Even if you chisel it into limestone. So our political debate carries on in a world unencumbered by concerns for prosaic questions of logical coherence, implementation and feasibility.

The debate is infuriating in so many ways it is hard to know where to start.

We know that one of the hallmarks of the Coalition government, particulary the blue contingent, has been a spectacular contempt for facts and evidence – indeed for the basic concept of truth. It is something Ministers were repeatedly called out on. But they persist in basing policy on distortion and fabrication because it serves a purpose. The culture of post-truth politics is now firmly embedded.

We know that there is limited recourse if politicians fabricate stories about their political opponents in a bid to cling on to power or sway the electorate’s views in their favour. So dubious practices are rife. It appears, for example, there is a serious row brewing in Hornsey and Wood Green over the misinformation in an attack leaflet produced by Labour in an attempt to unseat the Liberal Democrat Lynne Featherstone. I’m reasonably confident you can find examples of highly questionable statements produced by all parties.

Misleading and misinformation are bad enough, but we’ve now moved into the stage where parties not only won’t tell you truth about their plans, they won’t even bother to make something up. They’ll simply give you no details at all and expect you to vote for them anyway. Yes, Conservatives and your £12bn of unspecified welfare cuts, I’m talking about you.

This is a degradation of democracy. No question.

The election campaign has been conducted on an extremely narrow terrain. Many areas of policy – and many of the biggest questions facing the country – have hardly been touched on. We’ve heard very little about foreign affairs or the environment, for example. There could, and should, be a serious debate about international trade regulation and democracy. There has been very little said about civil liberties, now that the Liberal Democrats have apparently substantially watered down their stance on the isssues in a bid to make themselves more congenial coalition partners to parties that are all, by nature, authoritarian. There has been relatively little said about constitutional reform when it is obvious to anyone but the most blinkered that there is something seriously wrong with our current system.

And even in areas where the election campaign has been focused, we see the same traits displayed. The economy is the most obvious example. As Larry Elliott, among many others, pointed out yesterday, the Conservatives’ economic record over the last five years is not good. The argument that austerity policy was the medicine the economy needed in order to recover may play well with political commentators, but it rejected by a broad range of economists and economic commentators. Yet the coalition have managed to engineer the acceptance among chunks of the electorate that they’ve done a great job of economic management. So when all the parties promise more austerity in the next parliament the electorate and the political commentariat lap it up. It is seen as necessary and serious politics, rather than consenting adults engaging in some serious economic sado-masochism.

Equally, if not more, important is that most of the big questions about the structure of the UK economy and its need for reform go unasked, let alone answered. For example, the country’s catastrophically bad productivity performance over the last five years is a serious concern among economists. It has major implications for the country’s long term growth prospectives and the sustainability of the government’s fiscal plans. Yet it is not part of the political conversation. That may be because productivity growth is something that politicians don’t understand.  It may be that it is territory they don’t want to visit because affecting productivity growth is a difficult, uncertain and long-term task. But by not acknowledging the scale of the challenge we allow politicians to get away with telling stories of impact and success which are, at best, superficial and, at worst, entirely wrong-headed.

The terrain on which the economic debate is being conducted is entirely focused on deficit reduction. Here again we see the whole basis of the discussion is disingenuous. The Conservatives and Liberal Democrats have done a great job of embedding the idea that Labour overspending was responsible for the fiscal position they inherited in 2010. Under no fair reading of the situation is that a plausible argument. Sir Nicholas Macpherson is the latest in a long line of people who has made the point that the Global Financial Crisis was a banking crisis. Deterioration in the public finances was a consequence of the crisis, not its cause.

If the Coalition were to argue that Labour were culpable because they failed to adequately regulate the financial system then they would have a far more credible case. But then the Conservatives were similarly signed up to the desirability of a light touch regulatory regime before 2007.

Political debate in the UK is ailing, and I’m fairly sure we’re not alone in that. It isn’t that there isn’t plenty of debate, but it persistently fails to engage meaningfully with the challenges the country faces. When showmanship trumps substance then we have a problem. The country needs something more than politics as the X Factor in grey suits. I wouldn’t necessarily place the blame for this situation exclusively with politicians. The inadequacies of our political discourse are symptomatic of a broader problem. But the most infuriating thing of all is that there seems no obvious way of breaking out of this cycle of superficiality.