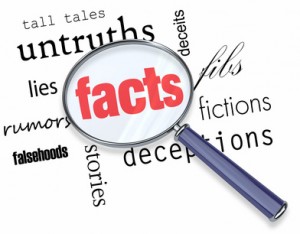 Over the last few days speeches by leading US Republicans have been scrutinized by the world’s media. Paul Ryan’s contribution has come in for widespread criticism for its lack of veracity. The Guardian published a piece subtitled A round-up of his most audacious untruths.

Even Runner’s World has joined the chase. They have been able to find no evidence that Ryan has ever, as he recently claimed, clocked a sub-3 hour marathon. For runners that would be worth checking because going sub-3 hours would make him a really top class club runner. Records suggest he has only run one marathon and he finished in just over four hours.

The completion of a marathon in a reasonable time seems to have been seen as a key achievement of many recent US (vice) presidential candidates. Something valuable to list on the CV. No doubt that’s because it’s seen as a sign of positive personal characteristics – determination, discipline, endurance and the like. So it is perhaps less odd than it first appears that it is part of the conversation. But if you are going to lie about something quite so easy to check …

Political hypocrisy is, of course, hardly new. It pretty much comes with the territory. But we’re entering a whole new era. And it’s not pleasant.

Politics in the US, particularly pronouncements from the right, seems to have become completely detached from reality. We conventionally see policy & politics conjoined – that there is a relationship between them. But that is increasingly not the case. The substance of policy may say one thing, but politicians feel increasingly unconstrained by this. They feel able to represent policy, or history, in whatever way serves their purpose.

The media then check the factual basis for such representations and find them wanting. Indeed, the growth of the fact checking industry is in itself symptomatic of the problem. But does it make any difference if it is demonstrated that a politician is operating in the realms of fiction? As a spokesman for Romney said this week:

Fact checkers come to this with their own sets of thoughts and beliefs, and we’re not going to let our campaign be dictated by fact checkers

That is a quite extraordinary statement. The thoughts and beliefs of genuine fact checkers are, presumably, that statements should be truthful. Politicians can put their own spin on what those facts mean or whether they are desirable, but they don’t – or shouldn’t – have the latitude to change the facts themselves. Of course, the notion of a “fact” can be a little more complex and contestable at times, but it seems unlikely that the Romney camp were seeking to make an ontological observation.

I had the Romney-Ryan debacle in mind when I tweeted on Friday:

Is there an annual award for “the most brazen fabrication by a politician to justify their actions”? The “Just make shit up” award.

I hadn’t quite put my finger on something to encapsulate what was going on. Then yesterday encountered an excellent post by David Roberts at grist.org. Roberts has a strong claim to have originated the term “post-truth” politics. The post explores the role of journalists when the journalistic principle of even-handed treatment no longer serves the most pressing purpose of reporting. How can even-handedness be justified when politicians on one side or the other are dissembling so egregiously? Shouldn’t they be called out on it? But, even more significantly, what happens when the politicians are unapologetic? Being caught lying used to lead to resignation. Now politicians just shrug and say “So what? I’m giving people what they want to hear”. We live in a time when confirmation bias is king.

And, of course, where the US leads we follow. Encountering the term “post-truth” politics yesterday coincided with the Legal Aid, Sentencing and Punishment of Offenders Act coming in to force. This contains the provisions to “criminalise” squatting. This was a paradigmatic example of politics departing decisively from the reality of policy. This time last year many of us were pointing out that the Minister was, intentionally or ignorantly, misrepresenting the existing law in order to extend the criminalisation of the vulnerable. Despite being called on it several times publicly, he persists in doing so.

Mr Shapps has now taken to dismissing criticism of his pronouncements as being the product of the “Guardian-reading intelligentsia”. As if critical engagement with the accuracy of his statements should be dismissed on the basis that it is intelligent. Anti-intellectualism is rife and coming to a political debate near you. Ill-informed and unquestioning support only, if you please.

Someone on Twitter suggested that my annual award should be named the “Brazen Shapps”. It’s certainly got a ring to it. It would be unfair to suggest that Mr Shapps carries the lone responsibility for these unfortunate developments in political culture. But it might be appropriate recognition for his services to the degradation of public discourse.