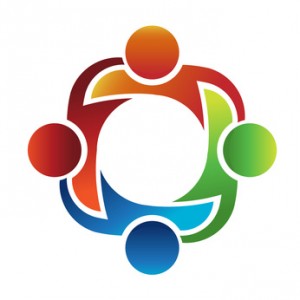 … as opposed to straight down the line Liberals? This is a question that we perhaps don’t reflect upon as often as we might. Now would seem as good a time as any to do so.

In fact, it is an extremely pertinent question at this precise moment. We’ve just witnessed David Laws in the media promoting his campaign for a smaller state, invoking various liberal icons in support. Fanboys and girls in the Orange Book Tendency have rallied to the cause. His campaign complemented some of the key messages David Cameron has been peddling on welfare reform.

In the ongoing debate about appropriate political directions for the party we’ve witnessed some intriguing recent contributions.

I was particularly struck by a recent post by Ellie Sharman at The Libertine. Here are the passages that caused me to reflect:

There are a few remaining in the party who would seek to re-establish our decaying connections with the (largely statist) left in the UK, particularly before the next election, and it’s this that we need to be sceptical of. As a party, it’s true that we’re a broad church – where else could you find Keynesian welfarism alongside free-market libertarianism? – but there are limits to pluralism in this realm. Extending our grassroots support any further to the left has two main risks to be wary of: firstly, we lose all the coherence of ideology and unity of thought that our leadership has engendered during this executive (even if the party body hasn’t always agreed with Clegg et al., there’s no denying that we’ve faced radical redefinition as a party); secondly, we return to our disprized status as the party of the protest vote …

We have a cohesive political philosophy, we have achievable policies across the full range of state activity, and we certainly know what we stand for. We are more than just a protest vote. Appealing to the social democrats might seem like a good idea now, and it might win us some much-needed support, but it’d be deceiving both those voters and ourselves to maintain that we’re the party for them. There are also votes to be gained from retaining our liberal principles and our integrity: let’s seek those before we return to being Labour-lite.

These passages are interesting at a discursive level. The suggestion is that there are “a few remaining” who seek to “re-establish our decaying connections” with the left. Those who don’t warmly embrace “all the coherence of ideology and unity of thought that our leadership has engendered during this executive” are constructed as a tiny remnant of the past, safely ignored. An alternative perspective might be that those with such views are the mainstream of party opinion, while it is the OBT that is the vocal minority. This alternative view might better account for why “the party body hasn’t always agreed with Clegg et al”.

And is there a suggestion of a cohort effect here? The young thrusters are signed up members of the OBT; the old farts hang on to the “decaying connections” with the left. Move over Granddad.

Yet the idea that the Liberal Democrats should not appeal to social democrats because that would reduce the cohesiveness of the party’s philosophy seems to misread the situation. There is no sense in arguing that the party needs to be on its guard to keep social democracy out. Social democracy is already in.

The party’s constitution is an amalgam – some might say uneasy – of social liberal and social democratic principles. The extent to which those principles can coexist, and the extent to which they can be synthesized into a coherent policy programme, is a legitimate question. But we cannot deny that both currents of thinking are present.

Conference debated these issues back in Spring 2011 as part of a motion on strategy, positioning and priorities. The motion was passed pretty much unanimously. The motion includes the statement:

Conference re-asserts that the UK Liberal Democrats are based firmly in the historical and global traditions of the liberal and social democratic philosophy and beliefs and commits the Party to developing a promoting the clear narrative setting out what modern liberalism is and can do.

This is not the mandate for a party founded on hairshirt classical liberalism, unleavened by broader social concerns.

Of course, there are few publicly advocating a rigorous and undiluted classical liberalism, insensitive to the lessons of the twentieth century. Yet when there is talk of four-cornered liberalism the objective is to press the cause of economic liberalism against social liberalism that is perceived to be too influential.

Social democracy doesn’t even get a look in. It’s clearly beyond the pale.

Yet, by conducting the debate in terms of the desirable balance between various components of liberalism we neglect a large part of our intellectual and political heritage.

We need to recover a clear sense of the “democrat” in Liberal Democrats.