On the woeful Work Programme 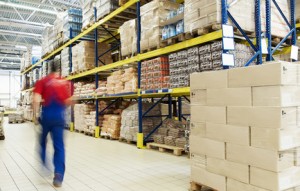 Information on the performance of the private contractors responsible for delivering the Government’s Work Programme is beginning to leak out, seemingly despite the best efforts of the Department for Work and Pensions to keep us all in the dark.

And the news is not good. It appears that A4e is seriously undershooting on the targets set for it, failing to achieve even the lowest level of performance anticipated by the DWP. Only 3.5% of the jobseekers referred to it were found sustained employment. Is A4e a particularly bad performer? Ian Mulheirn in his piece in yesterday’s Guardian thinks this unlikely: it is more likely that all the other providers are performing similarly badly.

The question then becomes: what should be done about the woeful Work Programme?

Mulheirn notes that its “design is flawed”. Providers’ contracts were based on forecast levels of economic performance that haven’t materialised. Shortfalls in placing unemployed people in jobs result in reduced cashflow, which results in cutbacks in staffing in order to make the books balance, which results in less help available for those seeking work. The whole system could end up in a vicious spiral of decline.

Mulheirn identifies what he sees as the fundamental issue:

At the root of these problems is the fact that providers are on the hook for something they can’t control – the labour market. A scheme that was supposed to hold providers accountable for their performance has ended up holding them accountable – and penalising their customers – for the performance of the economy. The programme was designed in a boom. Is it any wonder that it can’t cope with economic stagnation on a scale not seen for 80 years?

Just think about that statement for a moment. The scheme designers were apparently unfamiliar with basic contract theory. A scheme to help unemployed people was designed during a boom, which explains why it doesn’t work in a recession? This is undoubtedly a very bad recession. But would it not be the height of incompetence not to design in the possibility that people are most likely to need help when there are a lot of unemployed people looking for work? That is, during some sort of recession.

Mulheirn goes on to argue that:

Many of the principles behind the Work Programme are sound. Paying for sustained employment success, holding poor providers to account and encouraging innovation are welcome parts of the government’s policy. But these features can be retained in a Work Programme reformed to cope with recession.

He outlines a three point plan:

These points resonate with the conclusions of a report produced by the Social Market Foundation, the organisation of which Mulheirn is the director, back last September. I looked at the arguments in more detail in The Work Programme isn’t working … and that raises bigger issues. It raises bigger issues because the Work Programme is seen as a pioneer for the Payment by Results system. The Government wants to roll out PbR to many more public services.

My objective here is simply to query the statement: “many of the principles behind the Work Programme are sound”.

A more critical reading of the experience of the Work Programme is possible. It would argue that dismantling the system of publicly provided assistance to the unemployed that developed nationwide following the Liberal Government’s Labour Exchanges Act 1909 and trying to replace it with private providers contracted on a PbR basis was an act of utter folly. Unemployment as a social problem is strongly pro-cyclical, which makes it near impossible to write effective incentive contracts for private providers. Contracts that provide high powered incentives to providers mean they risk failure in recessions because work placement becomes very difficult and cashflow dries up. But we can’t allow that to happen because people need help. Yet, the alternative approach of designing contracts that make funding counter-cyclical, so that providers do not go out of business, do not provide high powered incentives. And high powered incentives which deliver greater efficiency and innovation were ostensibly the reason for privatising delivery in the first place.

So my question is: in what circumstances, facing what sorts of scenarios, or following what set of adverse outcomes would those who advocate the PbR system conclude that it is inappropriate to apply it to this policy area? It transpires that the principles are, in fact, not sound.

After all, the publicly funded and organised system of assistance to unemployed people served the country for a century. Public funding meant that the system wasn’t automatically thrown into a crisis in a recession, just when it was most needed. This system has been abandoned in pursuit of a claimed – but so far chimerical – more efficient private sector alternative. What would need to happen to lead advocates to concede that this change was a mistake and we’ve been sent up a blind alley?

If the answer is that there are no plausible scenarios in which this would happen then we should perhaps drop the pretence that this is anything to do with the pursuit of efficiency, or finding innovative and more effective ways of helping people back in to work. We should just call it what it is: privatisation first and foremost, whatever the financial and social cost.