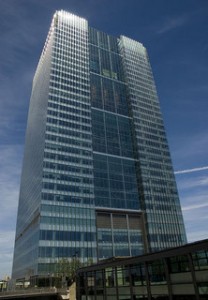 The audacity of Barclays’ actions in seeking to manipulate LIBOR is not in doubt. The scandal, quite apart from exposing how odious and unethical some of Barclays’ business practices were under Bob Diamond, has exposed profound weaknesses in the microstructures of financial markets. These weaknesses should not come as news to those who operate in, regulate or study financial markets. But the scandal has shone light upon the innermost workings of the global economy in a way that has allowed the rest of us to catch a glimpse of what is going on. And that has shaken any remaining faith people had in the banking industry. The scandal has genuinely global ramifications.

And that is even before raising the possibility that the bank’s attempt to subvert the LIBOR process was at the bidding of politicians or central bankers. The circumstantial evidence for political influence is growing. If direct interference is demonstrated then the entire British political and financial elite could go into meltdown.

The inquiry announced on Monday by George Osborne is entirely inadequate to address the weaknesses in the system. Its remit is too narrow. More importantly, the inquiry will have no credibility. It will be conducted primarily by the politicians drawn from a party largely funded by the City, in the case of the Tories, and which presided over the period of light-touch regulation that allowed these unhealthy financial practices to flourish, in the case of Labour. It will involve too many people with vested interests in limiting the blame to be apportioned and the change to be prescribed. Anything less than a genuinely independent inquiry is going to be seen as a whitewash. Nothing less than an independent inquiry will restore confidence in a financial system which is in total disrepute.

But, in a slightly perverse way, perhaps we should be grateful to Barclays.

There was window of opportunity after the 2007-2008 financial crisis in which much needed structural change to the system could have be effected. Public sentiment was such that politicians would have found support for firm action. As Angus Armstrong pointed out yesterday on Not the Treasury View, it isn’t just the LIBOR process that needs to be addressed. Many other components of the financial system are equally suspect.

However, policy makers on both sides of the Atlantic largely squandered that chance.

Not only that, the financial crisis led to consolidation in the finance industry – creating fewer, even bigger banks which wield even greater political influence and which governments are even less able to influence or leave to fail if they get into difficulty.

In the UK the Vickers review produced some relatively tame proposals, which included next to nothing on breaking up the banks to reduce systemic risk and to increase competition. The Government then, following lobbying by the industry, proceeded to water the proposals down further.

In the US moves were made to rein in the banks and make the system a bit safer. But the multinational banks set about the proposed legislation to try to neutralise attempts to curb their discretion to make as much money as possible by whatever means they choose. My understanding is that they’ve been largely successful.

So the window of opportunity for major policy change appeared to have closed. In a few years’ time we would be writing about the great missed opportunity of 2010-12. We had the chance to sort out the system, but attempts at fundamental reform were undermined by vested interests in the finance sector.

And then along came the LIBOR scandal. And it has featured a protagonist who embodied all the arrogance, insensitivity and lack of contrition that many see as endemic in the culture of the City.

The window of opportunity has reopened.

It is evident that much of what Vickers proposed is entirely inadequate. Many always believed that to be the case. But after the LIBOR scandal few could seriously dispute it. LIBOR has demonstrated that Vickers’ core proposal for ring-fencing “safe” and “risky” banking within a single organisation is unworkable. A proposal is simply not credible if it rests on bankers being trusted to honour any institutional arrangement, short of full organisational separation, that tries to insulate different types of activity.

If the Government were to continue to assert that Vickers in its current form – or following minor tinkering – is sufficient to address the problems of structure and conduct in the banking industry it should be treated with derision. The whole reform agenda needs to be rethought. And it needs to be much more far-reaching and systemic in its thinking.

We have been presented with a second chance to deliver fundamental change.

The question is whether public outrage at the LIBOR scandal will be sufficient to force politicians to act in the interests of the many and construct a safer system.

Or will we let them capitulate to vested interests a second time.