Is The LIBOR Scandal A Milly Dowler Moment For The Banks? 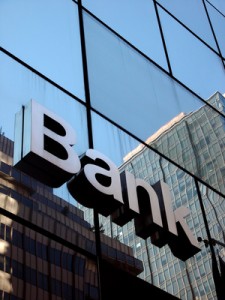 My first reaction on hearing the news that the FSA has fined Barclays for a piece of sharp practice was little more than a raised eyebrow. After all, it’s hardly the first time. We’ve become rather inured to it. It was only in April this year that Barclays had to set aside an extra $300million – on top of the existing provision of £1bn – to compensate the victims of mis-sold Payment Protection Insurance. And Wednesday’s fine may not even be the only sanction handed to the bank this week, if the FSA’s report on the mis-selling of interest rate swaps to small businesses emerges on Friday as expected.

We seem to have faced a long succession of cases involving parts of the financial industry taking advantage of information asymmetries, inertia or lax regulation in order to trouser a few (million) extra quid, to the detriment of the consumer. And, of course, sitting on top of this is the mother of all scandals – the sub-prime mortgage crisis that triggered the Global Financial Crisis.

A striking thing about this sordid succession of scandals is that anyone is at all surprised when news of another one breaks. Similarly striking is the frequently supine response of the regulators.

But when the subject of Wednesday’s FSA decision becomes clearer, the complexion of the scandal changes completely. This isn’t just another case of exploiting retail customers by selling inappropriate or unnecessary financial products. Until Wednesday the LIBOR (the London Interbank Offered Rate) was something that most people were blissfully unaware of. Even now that the scandal is on the front pages and heading up the television news bulletins, some people probably haven’t grasped its full importance. Yet it is of profound significance.

Even though it nominally refers to London and is set in London, we are talking about one of the key numbers (actually over a 100 numbers each day) underpinning the entire global financial system. It is difficult to comprehend quite how important it is. When it is reported that an estimated $350trillion worth of contracts are tied to the LIBOR this barely computes. $350trillion is more than five times the value of Global GDP in 2010. LIBOR is one of the foundations of the whole global financial house of cards. So by admitted to manipulating LIBOR Barclays admits to actions that will potentially have had diverse impacts on millions upon millions of people. Whether those impacts were in all cases negative is a different question. But the fundamental point is that the bank has admitted trying to subvert the market.

Given its importance, the way in which LIBOR is calculated is rather peculiar. It feels rather archaic. Each day information on prevailing rates is collected from a relatively small group of people who work for a handful of multinational banks. The information they provide is based upon judgements about the going rate rather than evidence gathered from transactions. The information is not independently verified before it is fed into the calculation of LIBOR. The system rests of trust and fair play. Yet misstating rates by a few basis points could add millions to the Bank’s profits. And, given the way in which bankers are remunerated, it could be worth a fortune to the individuals involved. The temptation to abuse the system is obvious.

The market discipline, such as it is, comes from the subsequent publication of the rates submitted. These are scrutinised closely. If a bank’s reported rates look wildly out of line then someone smells a rat. Successful market manipulation over sustained periods is unlikely to be within the power of a single bank acting entirely alone. We need to keep hold of this point. Barclays may have been fined and it may be attracting adverse publicity. But the fine is small change and the publicity is arriving because they have co-operated with the authorities and cut a deal. A further 20 banks are under investigation. Worse is most probably to come.

When Bob Diamond issues a statement laying the blame on a few rogue traders – whose fault, strangely enough, it so often is – he strains credulity to breaking point. This is a systemic and global problem. Focusing too closely on Barclays would be to miss the point.

Though the LIBOR scandal has hit the front pages now, it is not new. In fact, a key question is why action is only being taken now. Concerns about possible LIBOR manipulation have been circulating in the trade press since at least 2007. Regulators are likely to have been aware of a potential problem even earlier. Investigations have been ongoing for many months. Even the British Bankers’ Association, which oversees LIBOR, is involved in a review of the process of rate setting. It was established earlier in the year, presumably because there was a sense of which way the wind was blowing.

The pressing question now is whether there is genuine political will to act on this issue.

The Chancellor stood up in Parliament on Thursday and had harsh words both for Barclays and for the “light touch” regulatory regime that Labour put in place. But his record of taking firm regulatory action, left to his own devices, is not great. And, lest we forget, during the Balls years the Conservatives were vocal in arguing that the regulatory burden on the City was too heavy. The City now has a substantial lobbying operation. The Conservatives rely upon City donors for half their income.

There are reasons why last year’s Vickers recommendations on banking reform, though welcome, were rather tame. And why the Government proposed an unnecessarily extended timescale for their implementation.

When the Chancellor referred to the Barclays emails reproduced by the FSA as “an epitaph to an age of irresponsibility” he was clearly trying to suggest that these practices were past. The implication is that current practice is somehow better. So there’s no great need to act. Yet, has there been any significant structural change over the last few years which would suggest the issues are a historical curiosity and no longer of concern?

It is naïve to think that the Coalition will move decisively to tackle the culture of cupidity and venality that is endemic within parts of the financial system unless there is sustained popular pressure to do so. One initiative launched on Thursday by Ann Pettifor is an e-petition calling for a public inquiry into the wrongdoing and ethics of bankers (http://epetitions.direct.gov.uk/petitions/35421).

The challenges in achieving change are formidable. The interest groups arrayed against regulatory change are powerful. And the answer is not necessarily to be found in draconian regulation. Change must occur at the level of organisational culture and values. This cannot be mandated by government.

Concerns about the working practices of the tabloid press are long-standing. But for many years the power – real or perceived – of newspaper proprietors discouraged any government from enquiring too closely and reforming too dramatically. It took the hacking of Milly Dowler’s mobile phone to shift the terms of the debate. This incident caused public outcry on a scale that could no longer be ignored. The Government felt obliged to set up the Leveson enquiry, which has ranged widely to expose deeper and more widespread problems than had initially been anticipated.

Will the exposure of dishonesty and unlawfulness not simply at the periphery but at the heart of the financial system have the same resonance? It may be that exposing and untangling the problems with LIBOR pulls the thread that finally causes the whole garment to unravel. We can only hope. Far reaching reform of the financial system is desperately needed.