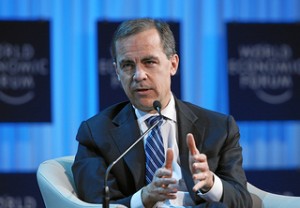 Mark Carney’s speech yesterday to an Inclusive Capitalism conference has attracted plenty of press coverage. And rightly so.

It is a fascinating speech. But it is not necessarily fascinating for the arguments it sets out. The arguments are familiar. It is fascinating because it is Carney who is making the arguments. Markets erode social capital; inequality undermines the legitimacy of capitalism; more robust regulatory structures are insufficient on their own to deliver a safe and socially useful financial system; banking should be viewed as a support to broader, more important social objectives rather than an end in itself; we need to rediscover a focus on the long-term and the systemic.

These arguments have had currency among the critics of the established financial order for many years. And they have achieved much greater profile and urgency among those outside the citadel since the global financial crisis.  The need for the financial system to undergo an ethical overhaul becomes ever more compelling as each new area of fraudulent market-rigging becomes exposed.

Now the arguments are more clearly registering with insiders.

Carney explicitly sets out a very similar case to that of the critics, while along the way name-checking not only the Adam Smith of The Theory of Moral Sentiments but also Michael Sandel and the Spirit Level. He makes the case that reforming finance can make a major contribution of rebuilding trust and social capital and creating an inclusive capitalism. And that broad-based reform is essential.

I could imagine Will Hutton being comfortable making most of the speech. The underlying perspective seems to me to be quintessentially that of social liberalism – the key issue is how we reconcile liberty, equality and community; how we productively and successfully balance independence and interdependence. That gives some indication of how far thinking at the Bank of England has come.

Carney reviews reform in four areas: ending Too-Big-To-Fall; creating fair and effective markets; reforming compensation; building a sense of vocation and responsibility. You can argue that that covers all the principal areas of concern.

The big question is whether the actions identified under the various headings are appropriate and adequate to the task. Carney, of course, presents the view that the lessons have been learned and adequate measures to deal with the problem are either in place or in development. But even here he is engaged in political manoeuvres. It appears he is seeking to strengthen the resolve of those politicians who might be tempted to soft-pedal in the face of furious lobbying by a finance industry seeking to remain unconstrained to make money any which way it likes.

When discussing too-big-to-fail he notes action so far and then argues:

This is the year to complete [the] job. Governments must introduce legislative reforms to make all systemically important companies, including banks, resolvable. Jurisdictions must also empower supervisors to reach agreements for credible cross-border resolution plans.

Critics may well argue that while increased regulatory activism may be welcome, the authorities are unjustifiably complacent. The steps taken so far are too late and insufficiently stringent. I’m certain some would argue that the reforms are wrong-headed and don’t actually deal with the root causes of some of the problems. These are crucial points. Implementation will determine the extent to which Carney’s position represents a genuine reorientation of thinking, or a smokescreen of symbolic policy designed to neutralise the critics while simultaneously shoring up the status quo.

One of the most interesting dimensions to Carney’s speech is the overall framing of the issue – the argument that the exclusive focus on the individual to the neglect of the systemic is at the heart of the problem. This is not the sort of territory that we expect hard-nosed mainstream economists to venture into. I was also struck by the passage:

Ultimately, of course, social capital is not contractual; integrity can neither be bought nor regulated. Even with the best possible framework of codes, principles, compensation schemes and market discipline, financiers must constantly challenge themselves to the standards they uphold.

To suggest that we need to focus on ethical standards and non-monetary motivations if reform of the system is going to be successful is to suggest that many of the analytical tools economists might conventionally deploy – principal-agent, contract theory, etc – will have limited, if any, leverage in developing a genuine understanding of the problem.

You’ll get no disagreement from me on that point. But it places the analysis much closer to something you’d expect to hear from an institutional economist rather than a mainstream economist. Which can only be a good thing.