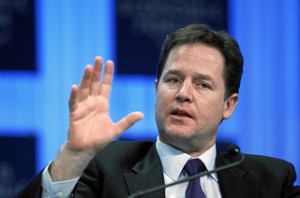 A lengthy piece by Richard Reeves has just been published online by The New Statesman. There is much in it that I agree with. Apart, that is, from the main thrust of the argument. It would be worth performing a detailed discourse analysis on the piece, but now isn’t the time.

Reeves ploughs a familiar furrow. He thinks Clegg should stay as leader. That comes as no surprise. But Reeves counsels that Clegg needs to complete his mission to ‘liberalise’ the party. Again, this doesn’t come as a huge surprise.

The question about the leadership is, at heart, a question about the party’s direction. Do the Lib Dems complete the journey of liberalisation that Clegg embarked on, or retreat to their earlier, soft centre-left position? Is Cleggism a temporary detour or a real departure? “Clegg or no Clegg?” is a proxy question for the deeper one: “Liberal or not liberal?” If the party is to be liberal, it has to be Clegg. If not, it should be almost anyone but.

Clegg has always been open about the basis of his politics. He is a liberal, not a social democrat. His party includes people who are basically social democrats, but who care additionally about civil liberties and war. They hated Tony Blair, post the 9/11 attacks, for his recklessness in foreign policy and carelessness with civil liberties, but – if they are honest – find it hard to disagree with Ed Miliband. Clegg is not one of those people.

There are some subtle and not so subtle things going on here. The first is the construction of the term ‘liberal’. Reeves never explicitly defines what he intends by the use of the term, but it is something along the lines of classical liberalism rather than a more sophisticated social liberalism. That is the only sensible interpretation of his statement that if the party wants to be liberal then it has to have Clegg. Any other leader wouldn’t be a ‘liberal’. It concedes the point that Clegg is out of step with most of the other serious leadership contenders. That isn’t perhaps a contentious point.

Reeves argues that there is a philosophical space for a liberal party and develops an argument that there is also a political space. There are a number of strands to the argument, one of which is that:

even on the narrowest grounds of straightforward party interest, sticking to a truly liberal path is the best option. Those who yearn to pull the party back to the left should think hard about what the campaign message would be in 2015. Any attempt to position the Liberal Democrats as a party of the centre left after five years of austerity government in partnership with the Conservatives will be laughed out of court by the voters – and rightly so. Anybody who wants a centre-left party will find a perfectly acceptable one in Labour. The Liberal Democrats need centrist voters, “soft Tories”, ex-Blairites, greens – and anyone who thinks the Tories are for the rich and Labour can’t be trusted with the economy. There is a new political market for the Liberal Democrats. The party just needs to seek it out, rather than looking wistfully at the old customers who have turned away. The left-wing votes “borrowed” from Labour in 2010 will not be available in 2015. New ones must be found.

There we have it. “Anyone who wants a centre-left party will find a perfectly acceptable one in Labour”. Clegg represents something “truly liberal”. This is where the party should be positioning itself. Social democrats are in the wrong party. And, what’s more, trying to claim centre-left credentials will have no credibility after a partnership with the Conservatives.

This sort of position seems to demonstrate that someone somewhere doesn’t get the idea of coalition. It is also in danger of doing a disservice to the history of the party. As I wrote at greater length in Why Liberal Democrats? the party has at its root an amalgam of social liberalism and social democracy. And that has always been the case. The Liberal Democrats are not the Liberal Party. The rump of the Liberal Party still exists as a separate entity. To try to construct an account, as Cleggites are inclined to do, suggesting that in recent years centre-left voters were either voting for the party simply as a protest or tactically or were erroneously voting for a party that was centrist all along is to seek to reconstruct history. There were people voting for the Liberal Democrats as a centre-left party because it was a centre-left party. And much of the activist base still is, although this is gradually being eroded by the horrors perpetrated by the Coalition and hostility emanating from some of Reeves’ ‘hard-driving radical’ classical liberals.

Reeves moves on to consider the future agenda for a Cleggtastic fully liberalised Liberal Democrats. One component of this agenda is that:

Clegg will need to continue to challenge the party, too, especially on public services. Tony Blair warned that the “Old Labour” instincts of the Liberal Democrats on health and education would hamper Cameron’s reform plans. He has been proved half right. On public services the party sides too often with the vested interests of providers over the needs of users and the demands of social justice. This is particularly true in education policy – where the appointment of David Laws is a hugely positive sign. If the party really can’t find favour with free schools, for instance, its claims to liberalism will look threadbare.

My views on the virtues of David Laws are perhaps rather different from Reeves’, as I outlined in David Laws, neoliberalism and concentration of power.

As it happens I read Reeves’ piece not long after listening to a searing critique of public management reform by Professor Christopher Pollitt. Pollitt’s argument is quite simple. We’ve had 40 years of public management reform in this country. In fact, governments have become obsessed with it. No self-respecting government can pass up the opportunity to rail against the “vested interests” in the public sector nor to prescribe another round of reform and reorganisation. Typically that has involved privatisation and marketisation.

Yet, Pollitt points out, governments rarely bother to make an evidenced case that reform is necessary. It is merely asserted. Not only that, governments pretty much never bother to check whether reform has been beneficial. In fact, almost no evidence exists to demonstrate that any of the waves of wide-ranging public management reform since the early 1970s has improved the overall efficiency and effectiveness of public services. One of the most comprehensive studies ever attempted is currently being written up: it concludes that systematic and systemic improvement is almost undetectable. What is detectable, however, is large volumes of Think Tank output advocating reform, large amounts of money being channeled to management consultants to advise on (often pointless) reorganisation, and large chunks of erstwhile public services being handed over to the private sector, thereby concentrating economic power in an illiberal fashion.

Undoubtedly we have got ourselves into a position where prescribing public management reform is obligatory for government. It no doubt plays well with certain sections of the electorate. But that doesn’t mean reforms are going to be beneficial in practice. To suggest that certain types of change may be misguided does not mean that one is in thrall to vested interest. Rather it can indicate a critical and thoughtful engagement with proposals and a genuine understanding of the issues.

Overall, I find the sort of position set out by Reeves to be troubling, for the reasons set out above and for many others. But I am perhaps more concerned that we lack equally robust and high profile contemporary statements of the alternative. That would be a position that sits at the intersection of social liberalism and social democracy, which is where the foundations of the party were laid. The economic/classical liberal case is relatively clear. But what is the position the Cleggites dismiss as the “soft centre-left”? In particular, how does it differ from Milibandism, to the extent that the meaning of Milibandism is clear?