There’s money to be made from “responsibilizing” the poor 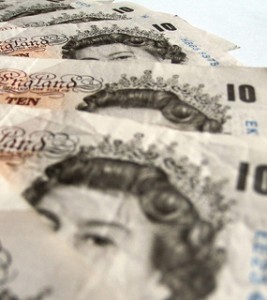 This morning the Social Market Foundation launched their report Sink or Swim? which highlights some of the likely problems to follow if the Government pursues Universal Credit in its current form. Jules Birch blogged today over at Inside Housing on some of the many problems that have already been identified with Universal Credit (UC). There is much more to say on the issue. UC has all the makings of a multidimensional policy fiasco.

One area of concern is the plan under UC to change the mechanics of benefit delivery. In particular, the plan is to move to paying benefits monthly in arrears. Concerns have, rightly, been expressed that vulnerable households will struggle to budget effectively over these longer periods.

The more hardcore liberal/libertarian would no doubt argue that this is the sort of shock therapy required to shift people out of dependency. These scroungers need to be forced to take responsibility for themselves.

The more compassionate among us might bridle at such a simplistic position and have a concern for those who will not have the skills – literacy and numeracy, if nothing else – to be able to manage meagre budgets over extended period. While we might agree that independence for all is the position we ultimately want to reach, we would disagree that shock therapy is an effective means of reaching it. Rather we might expect the most likely outcome to be many people falling through the welfare safety net into abject poverty.

But perhaps we have misread the Government’s intentions. It transpires that we may be looking at callousness of a different kind.

It has been drawn to my attention that also released today was the following statement from the Department for Work and Pensions and Lord Freud, your friendly neighbourhood Minister for Welfare Reform:

Ministers are calling for a range of suppliers to explore the feasibility of new financial products to help benefit claimants budget and manage their money.

The Government is seeking providers who can supply products with extra budgeting functions to support claimants as they move to the new benefit Universal Credit.

“Accounts that provide people with extra budgeting services could help to ensure people’s essential bills are covered – helping them to build up their credit rating and break the cycle of financial exclusion.
“We are anticipating the call for new financial products may open up a new market place, where competition is strong. And we are looking for a range of diverse providers to step forward to express an interest, as we work towards the introduction of Universal Credit in October 2013.”

So, you see, the proposed UC clearly removes some of the supports designed into the existing system to assist those who struggle to manage. But it appears that the problem is not so much that support is provided, but that it is provided by the state.

Products developed by the private sector to manage budgeting problems, to fill the gaping hole the Government has created, will be positively welcomed.

Of course, the fact that the consumers who might have need of such products are by definition ill-suited to the informed purchase and consumption of them seems to have escaped someone.

Similarly, we continue to unpick the mess created by a succession of mis-selling scandals perpetrated by just about every major high street financial institution. A thoughtful person might feel that a degree of scepticism is required if anyone were to claim that the financial services industry are in the business of assisting the vulnerable.

We are heading for a collision between a rapacious industry selling complex products and vulnerable consumers in a context of asymmetric information. What could possibly go wrong?

Conservatives in policy change designed to line the pockets of their backers by taking money from the poor? I’m shocked I tell you. Shocked.