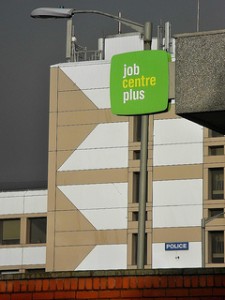 One of the most striking developments in policy design in the UK is the rise of conditionality. It most prominently affects those who are out of work and seeking assistance from the welfare system, but it features across a range of other policy areas including housing and health.

Commentators might, quite rightly, rail against IDS and his insensitive disciplinary regime of seemingly indiscriminate sanctions, but he has only taken a system that was initiated by the Blairites in the 1990s and distilled it into something purer. He has made the conditions placed on receipt of assistance more stringent and the sanctions for transgression harsher. Indeed, it could be credibly argued that in some cases the system is now ludicrously harsh and vulnerable people are being set up to fail.

But conditionality doesn’t represent a distinctive evil incubated in the dark heart of fanatical rightwingers. And it is by no means a particularly British approach. Indeed, creeping – or galloping – conditionality can be observed in many industrialised countries since cuddly Bill Clinton introduced it into the American system to prove Democrats could be tough too. It is an issue that has preoccupied many social policy scholars for a decade or more. But it rarely gets examined intelligently in broader popular debates. It’s a done deal. Anyone against harsher conditionality is shouted down as “soft” on welfare and combatting “dependency”. So they can be safely ignored.

At the most fundamental level, conditionality represents a recasting of the relationship between the citizen and the state. While academics might debate whether state assistance has ever been entirely unconditional, it is clear that whereas once upon a time certain types of assistance were available as a right of citizenship, they are increasingly only offered upon fulfilment of certain conditions. Most typically these conditions relate to exhibiting particular behaviours – intensive job search as a condition of receiving JSA, desisting from anti-social behaviour as a condition of maintaining a social tenancy, etc.

Politicians are inclined to refer to this as a move from a “something for nothing” to a “something for something” culture. On the face of it that no doubt strikes most people as sensible and desirable. But, as is so often the case in policy, you have to get beyond the slogans and look at the detail and the practice on the ground. And when you do so it opens up some important questions about what the approach is trying to achieve.

The ESRC has funded a cross-university research team to explore these issues in depth. Last week Beth Watts and the team published a useful summary of our current state of knowledge. Ken has already provided a brief overview of their findings.

The ESRC team are rightly trying to develop the analysis at several levels. One very valuable initial step is simply to map the extent of conditionality across policy areas – to demonstrate quite how broadly and deeply the practice has become engrained in our social safety net. That in itself is likely to cause the reader unfamiliar with the issues to pull up short. There are households who will be subject to several conditionality regimes simultaneously. What are the consequences for wellbeing and quality of life when you live in perpetual fear of transgression and sanction? That is if you even understands the rules of the game. Research suggests that is often not the case – so claimants can experience sanctions as arbitrary and inexplicable.

The research team are interested in whether or not conditionality and sanctioning is effective in achieving positive outcomes in the short-, medium- and long-term. For example, one aspiration of such regimes is to move people off unemployment assistance and back into the labour market. We know that it moves people off benefit in the short term. But it is much less clear that they move into the labour market. They may just drop out of the system and find themselves in the informal economy or destitute. In fact, we have relatively little data. We also have relatively little data on what happens in the medium to long term, although the data that exist suggests conditionality can have negative impacts on job tenure and earnings trajectories.

In some senses that shouldn’t be a surprise, given that a harsh sanctioning regime is likely to increase job mismatch, if nothing else. People feel obliged to take the first job that presents itself. And a widespread sanctioning regime is going to change the way the bottom end of the labour market operates – employers know they can pay low wages because employees are being compelled to accept job offers or risk great financial difficulty.

The research team are also looking at who is most affected by conditionality and sanctioning regimes. Here the news is again perhaps not particularly surprising – it is the young, the vulnerable and those who live chaotic lives who are most easily tripped up by the regime.

But the researchers, rightly, wish to also keep in view the broader question of what conditionality means for the relationship between the state and citizen. Is conditionality ethically and morally desirable? There are credible arguments on both sides within the academic literature. More importantly, even those who argue in favour of conditionality do so on the basis that the context makes it a viable strategy. For example, expecting people to engage in intensive job search and to take up opportunities that are available or else face sanctions makes sense as long as appropriate job opportunities are available.

If the opportunities are not there then stringent conditions associated with receipt of benefit and harsh sanctions for failure become less about encouraging people in to work and more about the punitive and the fiscal. The government saves money from the social security budget – if not from public spending overall – by meting out arbitrary punishment to a proportion of those who rely upon its largess for survival. Some would argue that this is a reasonably accurate characterisation of the priorities of the system we currently have – despite all protestations to the contrary, helping people into work comes a distant second to saving money from the welfare budget.

Be that as it may, when you sum the parts of current policy development you can see the way in which conditionality continues to spread. And, while we might not all be inclined to frame the whole issue in neo-Foucauldian terms as the onward march of advanced liberalism, we might anticipate that the trend is going to continue. When, or if, Universal Credit arrives conditionality will spread further to encompass assistance to all those receiving in-work benefits. It will touch millions more lives. Are we happy with the way in which the state increasingly seeks to regulate behaviour in both public and private domains? When might enough be enough? Have we passed that point already?

I look forward to seeing how the ESRC project develops over the coming months. Intelligent analysis of the issues and a more informed public debate are essential.  I’m sure it will deliver the former. Let’s hope that acts as a trigger for the latter.