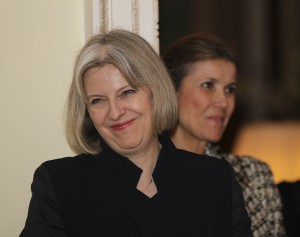 The way Theresa May has gone about co-opting the EU Referendum result to serve her own political ends is audacious. The construction of the referendum outcome as being a mandate to pursue the harshest of hard Brexits is utterly without justification. Its construction as a mandate to give controls on EU immigration primacy above all other considerations is disingenuous in the extreme. The argument that bringing Brexit decisions before Parliament would be undemocratic because the Government are honour-bound to follow the “will of the people” is as disreputable as it is incoherent.

While we might tire of repeating the salient issues, we cannot let the Government construct and interpret events in quite such a cavalier fashion. Particularly when doing so is going to be economically disastrous for the country and everyone in it, with the possible exception of those sufficiently insulated by wealth.

The Referendum result was a narrow victory vote to leave the EU (52:48, which translates to about 37% of eligible voters supporting leave). Hence the best you might say is that it is the ‘will of some of the people’ to leave the EU. It is the will of almost as many people to stay in the EU.

The referendum question was simple – indeed far too simple for such a complex issue – and asked whether the UK should be in or out of the EU. Neither outcome has a precise meaning. If the vote had been to remain in the EU it did not preclude further negotiation about the precise terms of continued membership. But, as should by now be patently clear to anyone paying attention, “leaving the EU” covers a multitude of possibilities. It is inconceivable that the 52% voting to leave all shared the same understanding of their preferred outcome. Indeed over the last few days we’ve had several prominent “liberal leavers” writing columns in national newspapers wringing their hands about May’s illiberal and authoritarian interpretation of the result. The liberal leavers were undoubtedly the useful idiots of the Leave campaign. But their existence rather proves the point.

While immigration no doubt loomed large in the minds of many leave voters, to infer from the result that controlling immigration should be the primary objective of Brexit – to be pursued whatever the costs – is to crassly over-interpret the result. There is credible survey evidence to suggest that while a significant proportion of people might have a preference for controlling immigration in the abstract, their desire to do so is contingent on it costing them nothing. As soon as it comes with a price tag their enthusiasm wanes. Indeed, many are not prepared to sacrifice any of their own income to indulge their preferences.

Yet a hard Brexit will have a devastating economic impact in the short- to medium-term. That needs to be acknowledged, even if you believe that it will be a good thing for the economy in the longer-term. The sort of relentlessly upbeat stance on Brexit adopted by politicians like David Davis – who refuses to countenance the suggestion there are any downsides to Brexit – simply makes them look silly. In contrast, the Treasury figures leaked to the Times today, estimating a huge negative impact to the economy, and therefore tax receipts, and therefore public services, do not seem at all fanciful to me.

On the other hand, the complacent response to the rapid depreciation of sterling does seem entirely fanciful. All the talk of ‘rebalancing’ and boosting exports is fine in theory but needs to be tempered by an understanding that we’re building off the back of forty years of manufacturing decline and a shortage of skills. Our economy has become more, not less, services-dominated since George Osborne declared his ‘march of the makers’ half a decade ago. Not only that but Brexit is likely to increase uncertainty and destroy investor confidence so all these budding entrepreneurs might well struggle to access the credit they need to expand their export activities. The idea that new export industries will suddenly be able to spring up and existing industries expand rapidly is utterly implausible. That isn’t to talk UK manufacturing down – we can all hope that it will thrive – but to ask for a bit of realism here. And also to recognise that historically the UK economy has been much better at sucking in imports than experiencing an export boost as a response to depreciation. It’s all about relative elasticities, as the Marshall-Lerner Condition points out.

The implications of May’s strategy for democracy are equally chilling. We are wrestling with the aftermath of thoughtlessly deploying a mechanism of direct democracy – the referendum – in a system of representative democracy. It doesn’t really fit very well and hence the current incoherence. Yet, it seems absurd to run a campaign to leave the ‘undemocratic’ EU on the back of slogans about taking control back to Westminster and then to deny Westminster a central role in determining the response to the referendum result.

There may have been some people who voted to Leave on the basis that they were facilitating a power grab by the Executive and in the hope that the UK’s established democratic structures would be circumvented. Who knows? If there are such people then frankly their views cannot be given any weight because they are seeking to subvert our processes of democratic government.

We already have a system which confers great power to the Executive. Typically the Government of the day is able to push its agenda through Parliament, even when there is resistance. While the Executive no doubt would rather just get on with whatever it feels like doing, the requirement to carry Parliament with it has the benefit – from the Government’s perspective – of conferring a veneer of democratic legitimacy to its agenda.

Theresa May’s argument that to take the Brexit deliberations and decision to Parliament would be ‘undemocratic’ is outrageous. It has yet to be condemned as strongly as it should be.  This is striking at the very core of our system of representative democracy. If a Government feels it is able to ignore Parliament and not engage with our elected representatives then it is in very dangerous territory. That would be true if the policy in question were a relatively trivial matter. That the decision in question is one of the most momentous in the history of the country is utterly scandalous.

The counterargument is, of course, that taking the decision to Parliament is unnecessary or unjustified because ‘the people’ have spoken and the Government is honour-bound to follow the referendum result. There are many problems with this argument, quite apart from the observation that the while the people may have spoken what they were saying is not entirely clear.

We might ask why the Government feels it has some sort of sacred duty to follow the referendum result, when there was no sacred duty on the Leave Campaign to be honest in their presentation of what Leave would mean. A brave Government could just as easily argue that it is honour-bound to set aside a vote to leave gained on dishonest terms, especially as the vote was only advisory. Or why does the Government feel it has a mandate to pursue hard Brexit when the Conservative party was elected in 2015 on a manifesto that explicitly stated it would keep the UK in the European Single Market? Is it not duty-bound to follow through on the policies it offered the electorate and which give it its mandate? No? I thought not. Governments make all sorts of promises and are selective about which ones they feel they are bound to and which ones they aren’t. Duty or honour only occasionally enter the equation. Mostly it is about political calculation.

And Theresa May is able to get away with her high-handed approach because of the lack of meaningful opposition. So it is significant that we may be starting to see the formation of meaningful cross-party opposition to her position. I’m not sure I ever thought I’d be pleased to see Ed Miliband re-enter the political fray. Yet, in the absence of meaningful opposition from the Labour party leadership, his intervention yesterday on behalf of those who would like the arguments around Brexit to be tested and challenged was very welcome. Keir Starmer’s comments on the Marr show on Sunday were also interesting and rather more subtle than they have been represented in some newspaper reports.

It might be too fanciful to think we are about to see the air-sea rescue arrive to save us from being dragged beneath the swell after being hit by this dangerous tidal wave of political and economic incoherence and incompetence. But we might get to the point where some genuine scrutiny and challenge delivers a better outcome for the UK.

And I don’t think it is helpful to think of this as unhappy Remainers trying to stop Brexit at any cost. It is more a case of saying that if we’ve decided to jump out of a plane then lets at least make sure we’ve got a functioning parachute rather than relying on the assumption that we’re made of rubber and will bounce harmlessly when we hit the ground.

Image: US Embassy London via Flickr.com under Creative Commons.