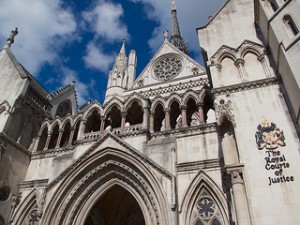 The right wing response to yesterday’s High Court judgment regarding Article 50 has been over the top. I was going to say predictably over the top. But I’m not sure I would have predicted that it would have been quite so recklessly vitriolic. The Daily Mail’s front page declaring the three High Court judges to be “Enemies of the People” is surely Exhibit A. But the usual suspects – the Express, the Sun, the Telegraph – all pursue similar lines of attack. The fact that their arguments are either constitutionally illiterate or utterly hypocritical seems almost beside the point. The papers are vilifying the judges for something they did not do. They are accused of ‘stopping Brexit’ but they have done no such thing. They have been asked to pass judgment on a point of procedure. Can the Government exercise prerogative power in this matter or does it need to go before Parliament? In deciding that Parliament needs to be given a say the judges have asserted its sovereignty.

Which, as many people have pointed out, was a key objective of the Leave campaign. So what, exactly, is the problem?

Of course, the rabid Right is worried that if the issue is put before Parliament then it will be hard for the Government to get Brexit through the system, or at least to get it through the system quickly. It has been suggested that today’s attacks on the judiciary are not specifically to try to curb ‘activist’ judges, as the case inevitably heads for the Supreme Court, but to signal to MPs, who have to answer to their electorate, the sort of treatment they can expect if they don’t support Brexit.

That may be true, although the Daily Mail is already taking aim at Supreme Court judges in an apparent bid to delegitimise any judgment they come to.  Similarly Nigel Farage reappeared yesterday to tweet that the High Court judgment led him to question the independence of the judiciary. Suzanne Evans called for the judges to be sacked for not following the will of the people.

You can anticipate that we might find ourselves in the absurd Trumpian situation where the Right declares the case to be rigged, unless the result comes out in their favour. And it would seem to me, though I am no constitutional expert, that there is a reasonable chance that it will eventually come out in their favour – various constitutional experts have noted that the problem is the Government argued the case badly in the High Court, rather than that it is a bad case (see here and embedded links).

Personally, I think, from a political perspective, it is entirely appropriate for such a momentous decision to be scrutinised by Parliament in advance of Article 50. To do otherwise would mean the Executive acting in an inappropriately high-handed manner. If the Courts decide that is also legally required then so much the better. But here’s the thing, if the case goes to the Supreme Court and yesterday’s decision is reversed then, once it has run out of legal road, we should respect that. If the Courts say the Executive can use prerogative power in this matter then they are entitled to. I might think that politically it would be storing up trouble because ultimately the decision would lack the sort of legitimacy that sustains our system of government, but it wouldn’t be constitutionally inappropriate.

There are many dispiriting dimensions to the current debate over Brexit. But one of the most troubling is the lack of constitutional literacy on display. That starts from the problems caused by too casually introducing a mechanism of direct democracy – the referendum itself – into a system of representative democracy. Many of those claiming, in the name of ‘democracy’, that this or that thing must now happen by their very arguments demonstrate they have an impoverished or erroneous notion of how the British system of democracy is supposed to work. But also, more recently, we have the pervasive failure to understand the constitutional role of the judiciary. Separation of powers, the rule of law, judicial independence are all seemingly alien notions. The claims that the ‘will of the people’ shouldn’t be frustrated by ‘unelected’ judges – as if elected judges were somehow desirable – is the sort of thing that would play well in a state undergoing an authoritarian coup, but should have no place in a democracy.

We are at a dangerous moment. We have prominent politicians questioning the role and independence of the judiciary. We have MPs questioning the High Court judgment on the basis that it failed to take account of statements in an election leaflet, as if such statements should override the content of the relevant legislation. We have vocal MPs talking in terms of ‘purging’ Remain MPs or packing the House of Lords with Leavers to ensure that any Brexit vote in Parliament is carried.

These moves have all the hallmarks of conceding that a Brexit vote cannot be won on the arguments. That may well be true: the negative economic consequences of Brexit become ever more apparent, while the claimed benefits appear increasingly illusory. But rather than place respect for Parliamentary sovereignty and democracy at the heart of the debate, the most zealous Brexiteers are happy to advocate gerrymandering to achieve their objective. The contradictions are almost too obvious to need highlighting. Arguments from concerns about the “undemocratic EU” and the need to restore Parliamentary sovereignty appear to be rationalisation rather than rationale, as Bent Flyvbjerg once put it.

More importantly, the debate has moved beyond populism to take on a more sinister tone. The response to yesterday’s judgement and to the incitement of the right wing press, at least online, has been to ratchet up the level of aggression from angry Leavers. The incidence of threats of violence and death threats against the protagonists has has been alarming.

Allowing the populists a largely free rein is doing great damage to the legitimacy of key institutions upon which the peaceful governance of our society rests. We might think of the UK as having a robust Parliamentary democracy and a stable constitution. The last few weeks and hours have shown, if nothing else, that it is more fragile than many might have thought. We are governed by consent. We must consent to be governed. A few disreputable demagogues and ideologues abetted a feral right wing press can rapidly undermine that consent. But without the end game being obvious. Once you’ve trashed the system and rendered the country ungovernable because trust in foundational social institutions has been shattered, what then?

A pressing question is how to neutralise these attacks on our system of Parliamentary democracy in the name of populist democracy? We find ourselves in a place where many of those who are most angry seem to have most difficulty accepting that it is possible to separate concerns about process from concerns about substance. This makes it hard for concerns from ‘the Establishment’ or ‘Remoaners’ about the dangers to democratic process and structures to gain any traction. These are the despised ‘elites’ conspiring to keep the UK in the EU so can safely be dismissed. The fireman tells you not to keep playing with that naked flame near that box of fireworks. But he would say that wouldn’t he?

This insulation of much of Brexit belief from reason is one of the most troubling aspects of the situation. If the arguments of many of those who understand the constitutional dangers are dismissed ad hominem then how do we extricate ourselves from this mess, without it descending into violence? The current febrile atmosphere hardly seems well suited to conducting a seminar in Constitutional Theory 101.

The voices of moderate leavers needs a signal boost. There are thoughtful Leavers – such as Jesse Norman or Iain Martin – who have noted that the High Court was just doing its job – fulfilling its constitutional role. And it shouldn’t be criticised for that. They can see the dangers of attacking foundational social institutions as the zealots currently do. History furnishes a range of examples of where that road can take you. And none of those examples are very pretty. But there are too few measured and constitutional enlightened voices among the Leavers. At least among those willing to stick their head above the parapet.

Finally, the lack of Government condemnation of some of the more lurid comment on the High Court judgment is troubling. As well as respecting the judgment, the Government needs to strongly endorse the legitimacy of the role the courts are fulfilling, even when – especially when – it doesn’t go the Government’s way. Sadly it shows all the signs of doing the opposite.