The End of the Brexit Rainbow 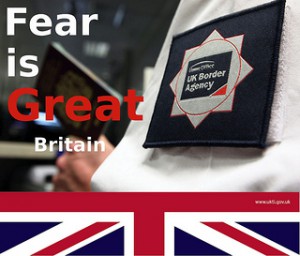 The Brexit saga continues. Look beyond the sound and fury of the domestic political soap opera and focus on the agreed actions. The working hypothesis that the end point of the process will be whatever the EU wants it to be continues to do a serviceable job. If the mutterings about concessions on a customs union turn out to be right then the odds on  “Brexit in name only” must surely shorten dramatically. If, that is, we don’t find ourselves in the rather less likely “let’s-call-the-whole-thing-off referendum on the terms” territory.

I’m not sure that would signify a disastrous Brexit outcome. Apart from some of the frothier and more zealous members of the old-right, many of those who voted Leave would probably be happy just to see the blue and yellow flag disappear from buildings and the blue cover “reappear” on passports. We’d’ve left the EU. There aren’t that many prople who are genuinely exercised by the intricacies of trade deals, the punitive or otherwise nature of WTO terms, or the relative merits of pan-European versus domestic regulatory agencies. Most people have got more important stuff to be getting on with.

One thing that has struck me forcefully again over the last few days – as the horrors of Mistress Theresa’s hostile environment become ever more apparent to those who hadn’t previously been paying attention – is that we haven’t spent sufficient time exploring the feasibility of the Brexit that Leavers are presumed to be seeking.

Clearly there has been plenty of criticism of the implausibly rosy economic projections and of the idea that ‘Global Britain’ will be a major player, rather than a middle-weight member of the chorus. I wasn’t thinking at that level, I have two more specific issues in mind.

We are told that stopping freedom of movement and controlling borders is the paramount issue.

The argument that much of the problem with EU migration is of the UK government’s own making has been done to death. It doesn’t matter how much it is pointed out that successive UK governments have failed to make use of available discretions or declined to enforce restrictions on mobility and residence permitted under FoM. Nor does it matter that, when surveyed, many Leavers consider the content of the actual FoM policy entirely reasonable.

The mistake here is to think that when people talk of stopping “Freedom of Movement” that is a reference to the actual content of the FoM policy. Rather, we might see it as a generalised objection to, and rejection of, “the Other”: those who are unfamiliar and who, in mysterious ways, are the source of our misfortune. In some very heavily Leave voting areas the Other is East European fruit pickers. But in many areas it isn’t.

If that is the case then as and when we get to the End of the Rainbow there are going to be some heavily disgruntled Leavers. That is because, self-evidently, leaving the EU places no restraint on migration from elsewhere. Not only will non-EU migration continue but in all likelihood increase to compensate for the drop in internal EU migration. In addition, it seems almost inevitable that a condition of the various trade deals that the former disgraced ex-Minister Dr Liam Fox is only minutes away from signing will be the requirement that migration restrictions be relaxed bilaterally.

It seems entirely plausible that when we reach the End of the Rainbow those who were roundly rejecting the Other when they voted Leave will be faced with new arrivals who are considerably more alien and discomforting than that efficient Polish plumber who was made to feel so thoroughly unwelcome in the neighbourhood.

We can’t rule out the possibility that this won’t end well.

The second issue I had in mind is the failure to connect the EU with broader structures of global governance. There is a line of argument that there a range of EU rules holding the UK back – in one bound we could be free. And that current discussions over, for example, the Irish border are being kiboshed by the EU’s unreasonable intransigence.

But this doesn’t locate the issue in context.

There is a range of EU regulations – “red tape” – where the EU is simply bringing international regulations into its regulatory orbit. Much aviation regulation, for example, falls into that category. The rules don’t go away if the UK leaves the EU. We will have to comply with them anyway unless our aspiration is to pariah status. No meaningful increase in unconstrained sovereignty over these issues will have occurred through Brexit.

Similarly the EU has to comply with a broader body of regulation. That is why a lot of the domestic debate over the Irish border is slightly surreal. The suggestion that the EU and the UK can come to some sort of gentlemen’s agreement whereby there is no hard border on the island of Ireland, even if the UK is outside the customs union, is just so much hot air. In that situation the EU is required to enforce its external border. It doesn’t much matter what M.Barnier or M.Juncker feel about the matter.

Of course, these arguments are not simply hot air. They serve the purpose of lining up the EU as the bad guys – repeatedly rejecting the UK’s friendly and constructive proposals. But that only works if the audience for the arguments is ignorant of the actual rules of the game. So in this case it will almost certainly work.

Yet if feels to me like it is a useful thought experiment to reflect on the landscape of liberation that would face the UK on Brexit. How much of a free hand would UK governments actually have if it broke decisively with Brussels? How many of those pesky EU rules would it be obliged to continue to follow because they are in fact of international origin? And how many of the rules would it be prudent, if not strictly necessary, to continue to comply with because to do otherwise would be massively counterproductive. And what is left over? Beyond empty sloganeering, roughly speaking what is the maximal effective increment to sovereignty that could result from Brexit?

I’m not aware we’ve had that conversation. Maybe I missed it. Perhaps it’s too late now to bother. But perhaps if we arrive in the situation when we are invited to consider the $64bn question  – are we sure this is all worth it? – then it might be something to weigh in the balance.