… but words can never hurt me

The Coalition’s big economic idea is that significant cuts in public sector employment will be more than compensated by a veritable blossoming of the private sector. Displaced public sector workers will find themselves rapidly migrating to new private sector jobs. 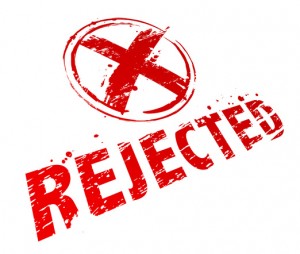 There are plenty of reasons for thinking that the economic reasoning is flawed. And there is precious little evidence that it is happening. The public jobs are disappearing sure enough. But the promised private sector expansion is rather slower in arriving. That is not in itself great surprise, if you read the economy more plausibly.

But on Wednesday night the local news in my area offered a troubling additional angle on the issue.

Points West reported on a survey of local private sector employers, conducted by a private recruitment agency. It found that many private employers who are looking to recruit will not consider shortlisting recently redundant public sector workers.

Why? Because they perceived public sector workers as inefficient, unreliable, lazy and inclined to a lot of sickness absence.

Obviously, given they wouldn’t dream of employing such people, this view wasn’t based on direct experience. So where is it coming from?

Here you get the sense that the Government is reaping what it has sown.

In the field of welfare reform it has vilified the disabled and benefit recipients as workshy scroungers. As a result public attitudes to benefit recipients have become increasingly negative. Reports of physically disabled people being abused in the streets by strangers are not uncommon. Nor are the cases of vulnerable households committing suicide because of the pressures placed upon them in the process of work capability assessment or as a result of having benefits removed.

Similarly, the Government is pursuing an agenda of decimating public service and championing the private sector alternative. In order to buttress its claims that reform is needed it has engaged in a consistent policy of constructing the public sector as inherently inefficient, populated by lazy, inflexible, time-serving bureaucrats.

While it would be foolish to deny that there was scope for efficiency gains in the public sector – particularly in Whitehall – a blanket condemnation of the public sector as inefficient is utter nonsense. Labelling a large minority of the working population negatively in this way simply because they work in one sector rather than the other is just crass stupidity.

We’ve experienced 30 years of public service “reform” which means that many public services, certainly those at local level, are already delivering serious value for money. All the fat was long ago pared away.

But it serves the Government’s purpose to create an environment hostile to public servants. It reduces the resistance to their proposals to dismantle public services.

Or at least that is no doubt what they were thinking. But if the report on my local news is a sign of how things are shaping up then it may be a strategy that turns round and bites them on the backside. Many of those ex-public servants seeking work find their chances of moving into the private sector rather slimmer than they otherwise would be as a consequence of the Government’s sectoral obsessions.

Words most certainly can hurt those who are vilified.