Co-opting co-operatives to the capitalist cause 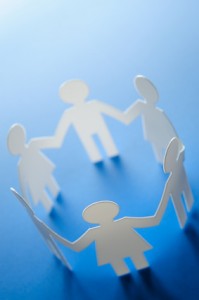 Cameron’s speech was rather short on what he meant by ‘moral’. Or, to put it another way, for him moral capitalism was primarily about ensuring more competition and broader asset ownership than is the case in ‘immoral’ capitalism. It appeared, in fact, rather similar to the capitalism we already have, but tweaked around the edges. The spirit that animates the system does not need to change. There is no need for ethical renewal.

Towards the end of the speech there is a passage which justifies further scrutiny.

To build a fairer economy, we need more shareholders, more home-owners, and more entrepreneurs. That’s why we’re reinvigorating the right to buy and are transforming the failing housing market.

And as the Deputy Prime Minister said on Monday we need to help encourage different models of capitalism, ones where employees have a much more direct stake in the success of their company.

It’s an issue I have long cared about. Back in 2007, I established the Conservative Co-operative movement – which now has over 40 Conservative MPs as members. In government we are providing new rights for public sector workers to create mutuals and own a stake in their success, with employee-led mutuals now delivering almost a billion pounds worth of health services. Because we know that breaking monopolies, encouraging choice, opening up new forms of enterprise is not just right for business but the best way of improving public services too.

There are over 12 million co-op members in the UK. That’s more people than there are shareholders in the economy and a vital branch of popular capitalism. But right now there are too many barriers in the way – 17 separate and outdated pieces of legislation add cost and complexity. So today I can announce they will all be brought together and simplified in a new Co-Operatives Bill that will be put before parliament.

The first paragraph here is a melange of things that are only very loosely connected to each other or fairness. The rest of the passage I find rather troubling.  It’s troubling at one level because it brackets together a whole variety of very different organisational forms. It is debatable whether some of them fit comfortably with the notion of being employee-led. But it is more troubling for its emphasis upon co-operatives.

Not because I am against Co-operatives. Quite the contrary. Increasing the extent of co-operation would represent a highly desirable extension of industrial democracy. I find this passage troubling because of the way in which the Prime Minister is trying to make the link between increasing co-operation and capitalism.

What is the essence of capitalism? That is a matter of debate. But broadly speaking it involves private ownership, production in pursuit of profit, the accumulation of capital in the hands of the few, and wage labour for the many. These are definitional characteristics of capitalism – certainly the Anglo-Saxon variety – as an economic system.

Co-operation changes that model in the sense that it moves away from the accumulation of capital for the few and wage labour for the many. Workers are no longer dependent on the largesse of capitalists. They break away from wage labour and achieve a degree of ownership and self-determination. This transforms the nature of the workplace. Co-operation is an alternative to capitalism founded on mutual aid and self-help. It offers a respite from the depredations of capitalism. It is not a way of putting a more acceptable veneer on capitalism to make it more palatable after its recent spectacular anti-social excesses.

Co-operation can play an important role in a market economy, for sure. But it is not a move to a more moral capitalism but a move beyond capitalism. It is animated by an entirely different spirit. Seeking to co-opt it to the capitalist cause does it a disservice. It does violence to the very essence of co-operation.

This year is International Year of Co-operatives. They deserve to be celebrated. But let’s not lose sight of what is distinctive and radical about them in the process.