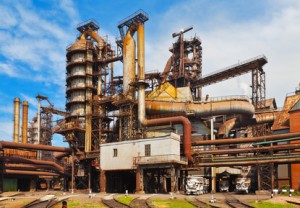 There was a bit of social media sniping yesterday that, despite David Cameron’s protestations to the contrary, the Queen’s Speech didn’t contain much of any substance to help the ailing UK economy.

That doesn’t seem to me to be entirely fair, for two reasons. First, there were some useful measures in the Speech – on banking or energy market reform, for example – that have the potential to make a difference to the performance of the economy. Second, it’s not obvious that the Queen’s Speech is the place you’d expect to find a menu of measures designed to stimulate the economy. If the Government wanted to get serious with the economy then much that it might consider doing can be achieved without the aid of new primary legislation.

So maybe we need to look back to the Cameron-Clegg relaunch event on Tuesday to get a better idea of policy action on the economy. After all:

The primary task of the Government remains ensuring that we deal with the deficit, and stretch every sinew to return growth to the economy – providing jobs and opportunities to hard-working people across Britain who want to get on.

Yesterday evening I finally got an opportunity to read the prepared text. This is clearly a “relaunch” in the way the Big Society was relaunched, several times. It’s not going to inspire anyone. Nor is it going to reassure anyone that the Government has a firm grip on the problem or the solution.

It is hard to overstate the pig-headedness of the Coalition on the economy. The UK Government is rapidly heading for a minority of one in continuing to hold – or at least profess – the belief that austerity is pretty much all that is required to bring forth growth. Most International Organisations are having second thoughts, as, clearly, are many in continental Europe. At the moment the Germans are arguably holding a position similar to the UK Coalition, but only to the extent that it is applied to other countries rather than themselves. Similarly, the Coalition’s persistence in the belief that deregulation and lower corporate taxation are the solution to a problem of demand is as predictable as it is wrong-headed. We can at least be thankful that they’ve become a bit more circumspect with the argument that pruning the public sector will magically bring forth increased private sector activity. After all, crowding out arguments do not have an illustrious track record.

The Coalition is pig-headed. But it also misconstrues economic indicators. In particular that low interest rates are a strong endorsement of UK policy, rather than a consequence of the flight of capital from the carnage that austerity is wreaking elsewhere.

A frustrating aspect of Tuesday’s Tractor speeches is that the Government clearly identifies some of the key issues – “Because our solution is not just about deficit reduction. It’s about getting the banks lending …” – but in doing so does violence to the truth, because they aren’t doing anything very effective to get banks lending. And there is nothing to suggest they are going to get any more forceful in seeking to achieve this goal.

Similarly there is an unreality about timescales. The Green Investment Bank is a great innovation, and a big Libdem win, but the legislation is being brought forward in the current session of Parliament. It isn’t going to make any difference to the real economy any time soon. And the less said about the implementation timescales for banking reform the better.

There are initiatives – such as the Growing Places fund or the Regional Growth Fund – that are undoubtedly welcome. And they are a sign that the Government is doing something positive towards rebalancing the economy. But, to accept the Government’s position on these initiatives requires us to ignore the fact that they are rather smaller scale than the funding streams they replace. And, also, as Vince Cable pointed out a few weeks ago, a string of initiatives doesn’t add up to a strategy.

Clegg’s contribution on Tuesday made some explicit reference to prioritizing infrastructure spending as a way of strengthening the economy and providing jobs. This is good. But he also seemed to suggesting that this spending would be underpinned by private money. So appropriate vehicles need to be found to deliver it. And one suspects that we are heading for a PFI-style financial disaster somewhere further down the line.

One of the few new aspects to the narrative was that the Government conceded the scale of the problem had been underestimated:

So here is the unvarnished truth. The damage done by the crisis was greater than anyone thought.

But in terms of policy substance the Cameron-Clegg Tractor speeches had very little to offer that was new.

From Cameron we had:

I’m listening. I’m leading. I get it. There are no closed minds, no closed doors in Downing Street.

… we inherited an economy built on the sands of debt, not on the rock of sustainable investment.

To build a balanced economy, in which all the sectors – business, retail, manufacturing – play a part

We’ve got to … change this country so once again it rewards people who work hard, want to get on and play by the rules.

I’ve had words in the past about the incoherence of the type of distinction drawn here between debt and investment. Equally, the first of these statements is frankly nonsense, given that they self-evidently have closed minds and the door is very firmly closed to rethinking Plan A. The definition of the economy as “business, retail, manufacturing” represents a classification worthy of a tale by Jose Luis Borges.

From Clegg we had:

We don’t just have economic responsibilities here, but a clear moral responsibility too. We have been living under the shadow of debt, against a backdrop of cuts, for two years now. Imagine living like that for years and years with no end in sight. Imagine if, instead of taking difficult decisions now we left them for our children to take.

Ducking the tough choices would only prolong the pain condemning the next generation to decades of higher interest rates, poorer public services and fewer jobs.

I’m not sure trying to moralise this discussion helps very much. These statements also imply valuing the welfare of future generations higher than the welfare of current generations. It is acceptable to blight the life chances of the current generation of young people through long term unemployment because by doing so we’ll improve the welfare of future generations. For this argument to make any sense you have to adopt a rather odd approach to the discount rate. It also requires the economically illiterate assumption that damaging the productive capacity of the economy now has no adverse effect upon productive capacity later. This is clearly nonsense. And his comments on investing in physical infrastructure now demonstrates that he knows this perfectly well.

I also feel this “tough decisions” line needs to be retired. The decisions aren’t tough for the politicians in the same way as they are tough for the people who find themselves without work or subsisting on welfare benefits, in the face of ever rising prices, in hock to a loan shark. I’m sure that Clegg is aware that many of these decisions are causing genuine suffering. I suspect that he is troubled by this. But I also suspect that this awareness is abstract rather than empathic. He, along with almost all the Cabinet, don’t “get it”. And to suggest that the “difficulty” politicians face in cutting services and assistance that will, quite likely, never affect them directly is in any way comparable to the “difficulty” this presents to some of the most vulnerable in society is objectionable.

And when our critics say that we are driven by some sort of ideological obsession with shrinking the state that is plain nonsense. By the end of this Parliament we’ll still be spending over £730billion. That’s around 42% of GDP – more than any year between 1995 and the collapse of the banks in 2008.

This sort of statistical chicanery always irritates me. The question is not simply how much is being spent but also what is it being spent on. If we are substituting paying welfare benefits to public servants we’ve made redundant then the total budget may not decline a huge amount but a lot of useful work doesn’t get done. If we privatise services and agree to pay multinational corporations well over the odds to provide a service once provided publicly then the budget may go up not down. But it assuredly doesn’ t mean we aren’t ideological obsessed with shrinking the state. It just means that we are creating an elaborate system of corporate welfare at taxpayers’ expense.

The Government may claim to be “galvanised around growth”. But there is precious little indication of what that means in terms of urgent, practical action. Fine words butter no parsnips. Type of thing.

And, yes, we get the point about rebalancing the economy. You’re not just in it to help your chums in the City of London. Making stuff is good as well. Machinery and that. Well done. Very subtle.