Would post-crash economics be a step backward? 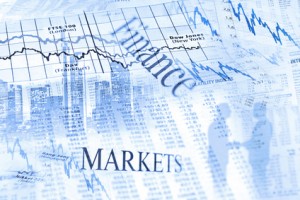 Discussion of the need for the reform of economics in the post-crash world continues to gather momentum and prominence in parts of the econosphere. Wendy Carlin set out a case for change at the FT (£) on Sunday, while a group of post-Keynesian economists stuck their head above the parapet in a letter to the Guardian on Monday.

The thrust of the post-crash economics argument is not that mainstream economic approaches should be rejected in favour of an alternative. Rather it is the more modest plea that economics should be taught more pluralistically and contextually. Mainstream approaches should be set alongside alternative bodies of thought. Economics students would benefit from rediscovering economic history, genuinely institutional analysis, a dose of philosophy, and the history of economic thought. It’s an agenda with which I have a lot of sympathy.

We are seeing bits and pieces of a backlash. That is inevitable.

If one embraces the belief that economics is a science characterised by the ongoing accumulation of knowledge then these calls for recognising pluralism and a historical sensibility will seem highly peculiar. To accept that there might be something to be gained from studying Friedman, Keynes, Knight, Marshall, Ricardo or Smith – genuinely studying what they had to say not just invoking their names – would be to concede the possibility that, in fact, the discipline isn’t accumulating knowledge but, somewhere along the line, took a wrong turning.

To depart from what might be considered the historical thread of the mainstream and seriously consider Samuels, Galbraith, Straffa, Commons, Veblen, Marx and the like would be more like admitting the possibility that we are on the wrong track altogether.

What a pluralist and contextual economics education would or should look like is an intriguing question. There are plenty of people now working on it. Who might be in a position to teach it is an equally interesting question, given that part of the problem is that the discipline is suffering from amnesia.

But, of course, pluralism doesn’t necessarily mean the curriculum has to become more backwards looking. A couple of weeks ago I suggested that a focus upon ethics and the unavoidable ethical commitments of all economic theorising would inject a valuable contemporary critical dimension to economics education. Another possibility is, rather than simply looking backwards, to explore alternative economics perspectives that are currently active research programmes.

I’ve just scooted through Brian Arthur’s Complexity economics: a different framework for economic thought. Complexity economics is an obvious candidate for an alternative paradigm. Arthur argues it is a fundamental reconceptualisation of the economy. Equilibrium and substantive rationality are rejected as the starting point for analysis. The economy is algorithmic and evolving:

A picture is now emerging of the economy different from the standard equilibrium one. To the degree that uncertainty and technological changes are present in the economy – and certainly both are pervasive at all levels – agents must explore their way forward, must “learn” about the decision problem they are in, must respond to the opportunities confronting them. We are in a world where beliefs, strategies, and actions of agents are being “tested” for survival within a situation or outcome or “ecology” that these beliefs, strategies and actions together create. Further, and more subtly, these very explorations alter the economy itself and the situations agents encounter. So agents are not just reacting to a problem they are trying to make sense of; their very actions in doing so collectively re-form the current outcome, which requires them to adjust afresh. We are, in other words, in a world of complexity, a complexity closely associated with nonequilibrium.

Arthur neatly encapsulates how embracing complexity changes the perspective. It transforms the focus of analysis in a way that addresses the weakness of classic comparative static analysis. Rather than focusing on equilibrium states and telling informal stories about how we get from one to the other, the analysis focuses on the movement:

Until now, economics has been a noun-based rather than verb-based science. It has pictured changes over time in the economy function as changes in levels of fixed noun-entities—employment, production, consumption, prices. Now it is shifting toward seeing these changes as a series of verb-actions—forecast, respond, innovate, replace—that cause further actions.

If equilibrium is achieved it is temporary and more or less transient. Structures emerge as mesolevel phenomena. From a complexity perspective time and history matters.

To some extent complexity economics is rediscovering themes that economics has forgotten. The argument is that when economics decided to model itself on nineteenth-century physics the focus narrowed to questions of allocating fixed resources. Had economics instead chosen biology as its model then the focus would have been on the formation of the economy and its evolution: how the economy emerges in the first place and how it changes structurally over time. These are not questions that can be satisfactorily answered in an equilibrium framework. 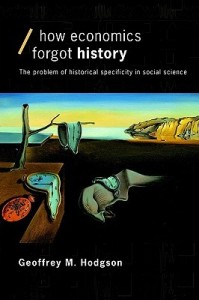 These are, however, themes that early classical economists were entirely comfortable addressing. Indeed, they were thought to be the core of economic thought. But they are themes mainstream economics rather misplaced after the late nineteenth century. They nonetheless continued to preoccupy many flavours of non-orthodox economics. The story of how economics came to expunge historical time and its implications from its core theoretical concerns is fascinating in itself. For anyone interested, Hodgson’s How economics forgot history: The problem of historical specificity in social science provides a valuable intellectual history.

Arguably complexity economics simply allows a return to old questions using new tools. Tools which, though computational rather than analytical, may not be written off as irredeemably “ad hoc” by mainstream economists.

Complexity economics is, of course, not new. It started to develop some momentum in the 1980s through the work of the Santa Fe Institute. But it is now gaining broader interest and acceptance. That has probably been helped by the fact that it has been effectively popularized. Indeed, perhaps the best place to encounter complexity economics for the first time is Beinhocker’s The origin of wealth: Evolution, complexity and the radical remaking of economics. 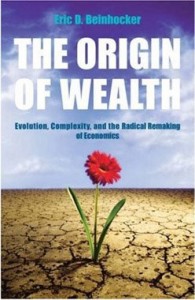 The complexity economics research programme is by no means unproblematic. It raises all sorts of interesting ontological and epistemological questions, particularly about the scope for transferring learning from computer-based simulations to real world economies. It could be argued that it represents no more than a way of taking the concerns of Austrian economists with uncertainty, knowledge, and the entrepreneur and draping them in a new more ‘scientific’ garb. It is susceptible to similar criticisms. Institutional economists, for example, would highlight that complexity economics can lead to some quite conservative conclusions about the wisdom of market mechanisms and a similarly inadequate understanding of social structures and social power.

My aim is not to advocate on behalf of complexity economics specifically, but rather to observe that there is plenty going on within contemporary economics – broadly conceived – that is grappling with some of the major social questions that mainstream economics barely touches upon. Of course this resonates with classical economics. It could be no other way. To address these questions is not to succumb to an unhealthy and unproductive preoccupation with historical curiosities that the truly enlightened have long moved beyond.

Questions of co-ordination, learning and change over time are at the heart of social life. That hasn’t changed. And it isn’t going to. They need to be at the heart of an education in economics.