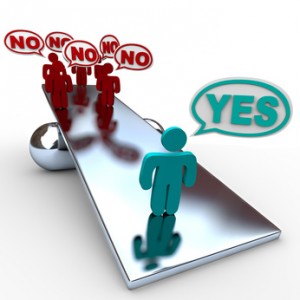 Academic economists are smart people. In my experience, a few are rather too self-consciously smart. And one or two adopt the characteristic economist persona – perpetual patronisation of, and impatience with, those unfortunate souls working in the lesser social sciences – without obviously having the track record to justify the hauteur. If, that is, it can ever be justified.*

The unwary might be forgiven for thinking that the Global Financial Crisis of 2007-2008, which it is generally agreed most macroeconomists did not anticipate, would take the wind out of economists’ sails somewhat. Some might argue that a degree more modesty about the discipline’s achievements would be appropriate in future.

And there was undoubtedly a period of reflection and self-criticism around 2008-2009. Senior economists were willing to speculate publicly on where it all went wrong. It’s an issue I’ve blogged about on previous occasions.

However, it wasn’t long before some of that smartness had been put to work articulating a range of reasons why the GFC should not be seen as a failure of economics as a body of knowledge, and nor should economists be seen as in any way culpable for the economic havoc that followed the implosion of the financial system in 2008.

Business as usual was returning. The familiar swagger was back.

Over the summer Unlearning Economics has been blogging a series of posts on these various arguments as to why the economic crisis does not also constitute a crisis of economics. He has now brought together these seven posts into a handy pdf under the title Is the economic crisis a crisis for economics?: you can download it here. It is well-worth reading. There is plenty of ingenuity evident in the exculpatory arguments economists have offered. @Unlearningecon explains why the arguments don’t really hold water. In the process he raises plenty of important points relating to issues in the philosophy of knowledge: what economics can sensibly achieve and how it might go about achieving it.

For me, one of the strangest arguments – which is @Unlearningecon’s  argument #1 – is that mainstream macroeconomics does a good job of explaining ‘normal’ economic activity/small fluctuations/booms so the fact that it didn’t do a good job of explaining once-in-a-generation crashes shouldn’t count against it too badly. It reminds me of passage by Joseph Stiglitz, which I’ve quoted before:

It was as if we had developed a medical science that could treat individuals’ colds, but had nothing to say about serious illnesses. A doctor that said that that was good enough, because most of the time individuals were either healthy or suffering from the sniffles, would not be taken seriously; but that was the position taken by much of mainstream economics.

@Unlearningecon argues for the need to develop more pluralist, holistic approaches to thinking about the economy. There is the suggestion that we need to look more closely at the implications of thinking about the economy as a dynamic, non-linear system. These types of argument seem to me to be being made with increasing frequency. They are possibly gathering a bit of momentum. I was interested to see that earlier this week Olivier Blanchard published an IMF blogpost framed in rather similar terms.

Perhaps we are heading for the sunlit uplands of greater tolerance and pluralism. I certainly think that would be a positive move. But I imagine there are a bunch of very smart arguments as to precisely why it’s a terrible idea that will need to be explored en route.

* I should add, for the avoidance of doubt, that, of course, I also know some very pleasant economists. But, if you know what I’m talking about, you’ll know exactly what I mean.