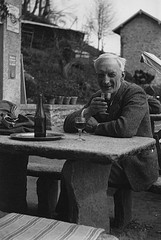 Squalor. Ignorance. Want. Idleness. Disease. William Beveridge’s five gaint evils encapsulated the enemies the welfare state was designed to combat. They signalled the battles that needed to continue once the military action of World War II had ended. Yet 70 years on from the publication of the Beveridge report there have been a number of suggestions that we need to move on. That we need to refresh Beveridge for the twenty first century.

At the turn of the year Liam Byrne had a crack at it. He delivered the Beveridge lecture at LSE in which he offered an interpretation of Beveridge that focused on welfare responsibility, conditionality, workfare. Byrne suggested that Beveridge would be broadly behind a move towards more stringent workfare policies. This argument was subsequently strongly and publicly contested by a number of social policy scholars. If nothing else it unhelpfully decontextualizes Beveridge, who was viewing conditionality in the light of a state commitment to full employment.

Lord Warner offered a brief analysis which focuses upon the unravelling of the social contract established by the postwar welfare state in the face of the government’s weak fiscal position, global competition, an ageing society and a breakdown in social consensus. He identifies several questions that Beveridge’s welfare state is ill-suited to addressing. Warner argues that a new Beveridge would need to be able to tell us:

How can we ensure that the relatively well-off in the older reaches of our society avoid overburdening a shrinking working population? How do we enable our people to secure the education and skills to compete in a fast-changing global economy? Are only the children of the middle classes to access higher education? How can we shift wealth and income from the prosperous South-East northwards, without over-reliance on public sector makework jobs? How do lower-income groups obtain affordable housing that maintains labour mobility and incentives to work? How can we ensure it is easier for those under 40 both to save for their old age and handle their current family responsibilities? How are we to ensure that the cost of bringing up children as the next working generation is fairly borne across the society?

These are all sensible questions to pose. And as yet we have no good answers to them.

This week our dear leader invoked Beveridge in his conference speech. It appears he considers that the 5 giants needed supplementing. So what did he offer us by way of additions?

Now that sounds promising. Clearly the outrageous widening of income disparities in recent years due to stagnating wages in the lower half of the income distribution and obscene remuneration packages among the best paid executives is something that needs to be addressed in the name of social cohesion.

Perhaps the Government is, at last, going to step in and address this manifest unfairness.

Oh no. My mistake. He was thinking of something else:

What are the hard-working people who travel long distances to get into work and pay their taxes meant to think when they see families – individual families – getting 40, 50, 60 thousand pounds of housing benefit to live in homes that these hard working people could never afford themselves?

It is an outrage. And we are ending it by capping housing benefit.

One thing hard-working people might think if they see such a family is that they have experienced a very rare event. There are very few households, almost all of whom live in London, who have ever received housing benefit at anything like the level cited.

These hard working people might also think the Government has been somewhat disingenuous. They will no doubt discover that restraints on housing benefit also affect them, given that more than nine out of ten new housing benefit claimants in the last year have been people in work. While a handful of households will be stopped from receiving very large payments, hundreds of thousands of households receiving modest payments will find life that bit harder as their housing benefit is reduced.

There is injustice here that needs to be addressed.

But no. Again, this isn’t quite the sort of social problem he had in mind:

Here is the choice we give our young people today.

Choice one: Work hard. Go to college. Get a job. Live at home. Save up for a flat. …. Or: Don’t get a job. Sign on. Don’t even need to produce a CV when you do sign on. Get housing benefit. Get a flat. And then don’t ever get a job or you’ll lose a load of housing benefit.

We must be crazy. So … Now you have to sign a contract that says: you do your bit and we’ll do ours … And we’re going to look at ending automatic access to housing benefit for people under 25 too.

The fact that the second of the choices he identifies here does not, in fact, exist seems almost incidental.

The final evil he offers us is “bureaucracy”.

We live in an age where bureaucracy, like “red tape”, has come to be an all-purpose pejorative that signifies little more than disapproval of an existing set of arrangements. There are rules with which you are expected to comply that you would rather not have to bother with, regardless of the purpose or value of those rules.

But there are serious issues that can sensibly fall under the heading “bureaucracy”. A political commitment to tackle them would be welcome.

Perhaps Cameron is scandalised that a young child recently starved to death largely as a result of a breakdown in communication between the immigration system and the benefit system which left the family destitute? Or perhaps he has realised that the way in which the DWP has designed the Work Capability Assessment is the worst type of insensitive Kafkaesque bureaucratic nightmare which is depriving thousands of sick and disabled people of income. It is sending people not back to work but to their death.

But no, this isn’t quite what Cameron has in mind. Rather he goes on to stereotype unemployed people as “the guy who’s been out of work for years, playing computer games all day, living out a fantasy because he hates real life” and to extol the virtues of the Work Programme. This conveniently overlooks the problems with the Work Programme that are already manifest.

He also offer us the following thought: “Work isn’t slavery, it’s poverty that is slavery”. We might want to qualify the first component of this assertion with the observation that it depends on what he means by “work”. But many will happily sign up to the second part.

The puzzle is why he said it. Given that his Government is presiding over a fairly systematic deterioration in the living standards of the poorest households it seems rather to offer a hostage to fortune.

He finishes his discussion of welfare with the claim:

The modern compassionate Conservative party, who are the real champions of fighting poverty in Britain today.

You have to admire the audacity, if nothing else.

And that brings me to a broader point. Does Beveridge need refreshing?

Clearly Cameron was invoking Beveridge as a convenient rhetorical route in to some welfare-bashing. The points he makes don’t really stand a moment’s scrutiny. As others have pointed out, they are based upon a range of subtle and not so subtle misunderstandings, misrepresentations, and stereotypes. He did the same in his speech on welfare back in June. One of the best tweets I saw in initial response to the Conference speech was:

So much of Cameron’s speech needs a ‘[citation needed]’ bubble to flash up on the screen behind him.

The speech was a fine example of the way in which “post-truth politics” is infecting British political discourse.

The broader point is that we are clearly not beyond the five giants. We may need to come up with new and creative ways of dealing with them. We may well need a new Beveridge to emerge to forge a new social contract. But we cannot sensibly argue that squalor, ignorance, want, idleness and disease have all been banished to history. Indeed, as the austerity politics of the Coalition take an ever firmer grip the giants are all forcefully reasserting themselves.

The aspirations behind Beveridge’s great initiative remain just as valid and important as ever. They may well need to be updated to recognise that society is more diverse and less patriarchal than it was in the 1940s. But that’s not the type of refreshment that politicians are fixated on.

The biggest question is not whether the five giants are still abroad. They clearly are. The biggest question is whether as a society we have the commitment to deal with them collectively rather than individually. Because that is the only way they will be effectively dealt with. That was Beveridge’s crucial insight. That is the insight that has been lost.

We live in an era where there is an insatiable craving for the new. But we will have to relearn an old lesson before we can find our way out of the current predicament.