On the wisdom of free capital markets

With the discussions over the future of the Eurozone at a critical phase, David Cameron yesterday started to make helpful noises about exercising a veto if British interests were not protected. And when he says British interests, it seems he primarily means protecting the status of the City of London as the pre-eminent financial centre in Europe. 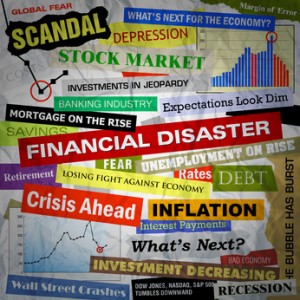 Cameron’s comments led me to wonder how that rebalancing of the British economy away from finance and an over-inflated housing market was going.

We desperately need to take seriously the broader debate not only about rebalancing but also about the influence of the capital markets on broader social development and human welfare.

This morning I tweeted – for no particular reason other than it struck me as germane – a quote from James K Galbraith, which is part of his discussion of the collapse of the Japanese economy in the late twentieth century:

There is evidently no development path that an unfettered, liberated, free capital asset market cannot screw up.

He develops the point by arguing that a key reason for the rapid economic development of China is precisely that, while external trade is somewhat open, its financial system is not. He goes on to argue that:

If China truly lives up to commitments made … to liberalize its financial sector … one may confidently predict that … the Chinese model will go into crisis, and progress will stop – as it did in Latin America, Eastern Europe, and elsewhere in Asia. (2008, p86)

These arguments are hardly unique. The post-Second World War period of economic prosperity was at least in part attributable to widespread capital controls and fixed exchange rates. When this system was dismantled in the early 1970s, to the round of applause from free market thinkers, things went pear-shaped rather quickly. Ha-Jung Chang generalised the argument to economic development more broadly. In Kicking away the ladder he points out that all the countries that are now “developed” got to be that way through following various forms of protectionist and state-based industrial policy. The free trade prescribed to less developed countries by international institutions such as the IMF and the World Bank is precisely not the policy that will allow them to develop.

As with so many of today’s economic debates, Keynes had something relevant to say. In 1933 he wrote an essay entitled National Self-sufficiency which includes the following passage:

I sympathize therefore, with those who would minimize, rather than those who would maximize, economic entanglement between nations. Ideas, knowledge, art, hospitality, travel–these are the things which should of their nature be international. But let goods be homespun whenever it is reasonably and conveniently possible; and, above all, let finance be primarily national.

This passage is often invoked in the context of ecological economics as an argument for relocalising economic activity as far as possible. But I am struck by the last statement: “above all, let finance be primarily national”. Many of those who watched this week’s documentary on the fall of RBS, which in part involved taking several small, stable well-run local banks in various parts of the world and trashing them, might well see the wisdom in keeping banking both local and relatively unexciting.

The real problem – and this is one that we clearly and acutely face at the moment – is getting from here to there. While it is accepted that more restraint is necessary, the signs are relatively weak that policy is being formulated from the perspective of what is best for society rather than what is best for the banks. How does one genuinely tame the system, rather than simply try to curb its worst excesses? How do we move from a hugely powerful but highly unstable international system to something that won’t again wreak havoc on society? The passage from Keynes above continues by advising caution, but this is less frequently cited:

Yet, at the same time, those who seek to disembarrass a country of its entanglements should be very slow and wary. It should not be a matter of tearing up roots but of slowly training a plant to grow in a different direction.

A lot of faith is being placed on the implementation of the Vickers recommendations. And it is good to see that some pressure being exerted to make reforms happen sooner rather than later. But will that get us where we need to be? Or is there a broader sickness in the financial system that needs to be addressed? Today, for example, we have had Stella Creasy promoting her campaign against legal loan sharking. The Government is reluctant to act against companies profiteering outrageously from people’s misfortune and misery. Does “slowly training a plant to grow in a different direction” demand a fundamental reorientation of our understanding of the role of finance? Not just structures and regulations, but rethinking of purposes and values. A retreat from the rentier society, as it were.

Do we have a clear vision of the role that the financial system should play in British society? Equally importantly, do we have a clear route map for realising that vision? And can economic stability and genuine – not debt-fuelled – prosperity be recovered without questioning the wisdom of free capital markets?