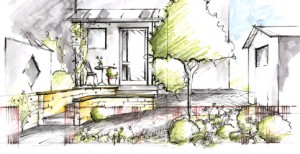 Over at the Guardian Dawn Foster kicked off the year with Five steps to fixing the UK housing crisis in 2016. The five steps proposed were: build social housing; scrap the bedroom tax; improve renters’ rights; tackle homelessness; scrap help to buy and right to buy. At the end of the article Dawn speculates that perhaps next year she might propose a land value tax as well.

This list of five steps will be relatively familiar to those inside – and, most probably, outside – the housing world. It mixes some very concrete proposals that command a good degree of support (eg scraping help to buy), to those that would be viewed as more contentious (scrapping the bedroom tax), to proposals that sound good but are, at best, aspirational. We might all agree that tackling homelessness is desirable. But how we might do so is a different matter. There we might differ considerably on the best approach. Dawn doesn’t offer a view on her preferred route forward.

I have plenty of sympathy with the agenda that Dawn sets out. But I also think we always need to ensure that we are clear regarding the problem that we’re trying to solve – focusing on causes rather than symptoms – and whether familiar solutions and strategies remain fit-for-purpose.

An equally important issue is whether these five steps are sufficient to fix the housing crisis.

From Dawn’s closing reference to a land value tax, and to challenging the Government’s obsession with home ownership, it would appear she feels a more radical overhaul is required if we are truly going to fix the housing market. Her list represents five steps that could realistically be taken this year, if only there were the political will. After that it gets even more tricky.

So what additional steps would be needed if we were serious about fixing the housing market?

There are plenty of very specific measures that would be helpful. In the short term these might include ensuring that local authority planning departments are adequately staffed so that planning applications can be processed expeditiously. This is a blockage in some local areas – the Government’s austerity drive, which has hit local authorities particularly hard, is frustrating its own policy aspirations to expand house supply. Similarly, we might want to look hard at training and apprenticeships in the construction industry to ensure that the industry has the capacity to respond to the Government’s aspirations. These are important pieces of the jigsaw. But they aren’t really addressing the issue at a sufficiently fundamental level.

So here are five more steps, each of which is a much more difficult political sell, that would help us move away from our current dysfunctional system.

Revise the tax regime so that it treats capital gains on investment in property assets no more favourably than investment in other asset classes. In the UK at the moment investment in residential property delivers the small investor a better return that just about any other class of asset. This is compounded by favourable tax treatment. The ramifications for the UK economy of mountains of money being diverted into unproductive property investment are profound. Going a step further than tax neutrality and incentivising investment in the real economy could be hugely beneficial, but undoubtedly raises all sorts of questions about risk and appropriate investment vehicles.

A serious property tax might take the form of a land value tax, as Dawn suggests. Or it might take the form of increasing the number of upper bands on the council tax. The two approaches set up different incentives and will consequently affect the market in different ways. When we talk about LVT we typically focus on bringing unused brownfield land in cities back into productive use. Whereas increasing the number of council tax bands is a way of addressing the issue of underconsumption and the inequitable distribution of housing and, more indirectly, mitigating price inflation. For this to make much of a difference to behaviour the tax would need to be very steeply progressive.

While successful settlements can emerge relatively organically, if we are looking to deliver settlements that are environmentally, socially and economically sustainable then leaving it to private actors to masterplan is unwise. Thinking not simply in terms of building residential properties but about creating quality neighbourhoods that will need to survive and thrive for many decades is essential. In the face of growing economic and climate challenges it is more important than ever that thinking about housing is harmonised with planning for infrastructure – physical and informational – and amenities. It is also mechanism for overcoming local opposition to new development by demonstrating that it is well thought-out. The problems with the more private sector-oriented approach being taken to the Ebbsfleet “new town” may well be offered to the students of the future as a case study in how not to do it.

Over the last few years the debate on housing supply has gradually opened up. Or, at least, that is what I think in my more optimistic moments. From 2010 onwards the constraints of the planning system have repeatedly been identified as public enemy #1 when it comes to new development. The debate then expanded to encompass the changing structure and behaviours of the house building industry. The Government has put some effort into promoting SMEs and self-build as a complement and a counter to the power of the volume builders. Further moves in this direction would be welcome. But it is only relatively recently that land has started to crop up in the conversation more regularly. Countries with more predictable housing supply tend to have public sector bodies playing a much more active role in land assembly and preparation for development, If they don’t have a nationalised land system, that is. The Government yesterday announced its willingness to centrally direct the development of new properties, using public sector land. So it’s not averse to the state taking a more proactive role when needed. We may be a few short – but important – steps from recognising that until we have public sector intermediaries with appropriate powers in relation to compulsory purchase and the like then we’re always going to struggle.

It would not be sensible to argue that deep, liquid credit markets are the true heart of boom and bust in the housing market. But there is little doubt that they can fan the flames and amplify the inflation of bubbles. And there is little doubt that increased market volatility in and of itself has important consequences for the way the whole housing system functions. In the aftermath of the Global Financial Crisis the Bank of England was given a range of new macroprudential and microprudential powers. It feels like these powers have only being used relatively tentatively so far. If they are to be used more extensively and effectively then there needs to be greater acceptance of the idea that by placing constraints on everyone’s ability to borrow it increases the chances that we’ll all be better off in the long term. Of course, it does little to address the role of the increasing number of cash buyers or offshore borrowers in pushing price inflation, but that is a harder nut to crack. There you’d need to be looking at greater restrictions on overseas ownership of UK residential property.

One of the most obvious features of this list is that none of the steps fall under the heading of ‘housing’ policy as we have conventionally thought of it. I think this is significant. When we think about how we might fix the housing market many of the key drivers of dysfunction lie outside the housing system itself. So the solution requires not just more expansive thinking but more holistic thinking. But, as regular readers of this blog will know, that is a point I have made on several occasions. Seeing and unravelling the interconnections between the various aspects of our housing problem is the fundamental first step to fixing the problem for the long-term.