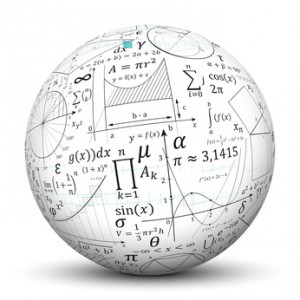 A few days ago at Quartz.com Allison Schrager posted The single most important thing an economics course can teach you. It never becomes entirely clear what the single most important thing is. But it is possible that it is the need to study economic history alongside economy theory, which is something Schrager – sensibly – advocates at the outset.

However, the bulk of the article focuses on something entirely different. Its primary objective is to argue that critics of mainstream economics – particularly the student critics associated with the Post-Crash Economics Society – who argue that economics education needs greater pluralism are wrongheaded in their critique. They are wrongheaded because they fail to recognise the diversity that is already present within the curriculum. Schrager suggests that the problem here is that the students don’t yet know enough mainstream economics to appreciate its full and capacious majesty. Although she may not, I will concede, have put it quite like that.

Schrager’s post has elicited a response from the PCES highlighting a number of the errors they feel she made in the characterisation of their arguments.

I don’t want to rehearse all the dimensions of this exchange. My primary observation is that it is illuminating for what is not really said, as much as for what is said.

Before we tear apart economics education, let’s take a step back and clarify what economics aims to do. Economics offers a series of parables to help us understand how the economy works. The parables are abstractions that make many simplifying assumptions because the world is too complicated to capture in a simple model. Economists may argue about which assumptions are appropriate or what the best framework is to describe a problem, but this does not mean any one approach is totally wrong. Often it’s not that one model is wrong, it is just applied to the wrong problem.

And the PCES respond to this point directly:

Shrager (sic) goes on to characterise economics as “a series of parables to help us understand how the economy works.” Firstly, this is an incredibly weak characterisation of economic theory: are we supposed to be enthusiastic that what we’re learning equates to little more than mathematical ‘parables’? Does this not create the type of ‘anything goes’ situation that the scientific method is supposed to prevent? We actually believe and hope that economics as a field is better than this.

Secondly, if models are merely ‘parables’, can Shrager give a good reason for outright rejecting the heterodox models above over mainstream ones when the former are better suited to a situation?

This exchange highlights something of fundamental importance. It is something I have discussed here a few times before (with several of the relevant posts collected here).

When Schrager argues in favour of the need to include economic history in the curriculum that is surely right. But in many institutions the curriculum has also been purged of any serious consideration of the history of economic thought and the philosophy of (social) science.

The consequences of the latter are only too evident. Not just in the Schrager/PCES blogposts but in much economic discussion.

Quite frequently the discussion gravitates towards topics that have a strong philosophical dimension, but the disputants don’t have any tools for handling these issues effectively. This can lead, through inadvertence, to rather incoherent arguments. Allison Schrager’s post appears to occupy several different epistemological positions – seemingly unconsciously – in the course of a few hundred words.

We can think of the question of economic pluralism as a philosophical issue. Those within the mainstream economics community see diversity of thought in contemporary mainstream debates. Those outside the mainstream see homogeneity and intellectual closure. This is in part a question of the focus and resolution of the picture you are looking at.

If you focus upon methodology and the various building blocks of standard economic analysis there are many subtly different ways they can be assembled. So it is possible to perceive, with a narrow focus, that there is much diversity of approach and contestation between competing positions.

If you stand back and consider the broader picture it becomes clearer that everyone is playing in the same sandpit. Yet, a few paces away there are others playing on the swings and the slide.

But to appreciate the point it is important to get away from methodology and think more about social ontology and epistemology. These are things that other social sciences are much more adept at.

Take the foundational question: what is the economy? Or, where is the economy? It isn’t a question that economists spend a great deal of time ruminating on apart, perhaps, from the measurement issues associated with trying to capture “economic activity” adequately for the purposes of national accounting.

But there are profound issues associated with the identification of “the economy” as separate and separable from the rest of the socio-political world. If we draw a boundary around the economic system then is that in any sense meaningful? Or is it entirely arbitrary and simply for analytical convenience? Schools of economic thought that argue economic activity is unavoidably influenced by broader social currents or inextricably entangled with political processes would see attempts to partition off “the economy” as largely arbitrary. And fundamentally misleading, because it suggests that economics can be a neutral and technical exercise that can safely ignore social and political influences. If we adopt this stance then old institutionalism or political economy start to look like more plausible approaches to understanding “the economy”.

Thinking about boundaries also raises the question of whether economic activities can be thought of as taking place in a closed or an open system. For most quantitative modelling purposes it is conventional to err on the side of thinking in terms of closed systems, if only by assumption, otherwise the modelling task gets too messy. But does that assumption do too much violence at the level of social ontology? That would be the sort of position Tony Lawson and the Cambridge critical realists would take. If economic activities takes place in open systems – particularly complex open systems that display nonlinear dynamics – then much of what economic analysis has attempted to do is misconceived at the level of epistemology. It is pursuing knowledge that is beyond our reach. Whether one thinks that recognising complexity and openness imply a complete rejection of quantitative modelling in favour of more qualitative styles of argumentation is a whole other – and more subtle – question.

We could have a similar discussion about other key concepts in economics. Take uncertainty, for example. We can generate different schools of economic thought simply by taking the issue of uncertainty as our starting point. If we see radical uncertainty and the fundamental unknowability of the future – as GLS Shackle was wont to call it – as an irreducible characteristic of social reality then we get a completely different style of economic analysis – be it (Post)Keynesian or Austrian – than if we believe that uncertainty can be tamed and treated adequately as probabilistic risk.

And once we embrace uncertainty, then it raises questions about the intelligibility of arguments based upon assumptions of optimising behaviour.

And so it goes on.

All of these issues emerge from reflection at the ontological level. Which isn’t something economists are very keen on. Different ontological perspectives then imply different epistemologies: different appreciations of what sort of knowledge economic analysis can hope to achieve.

When Allison Schrader talks of economics as a “series of parables” we might assume that she is taking quite a radically post-positivist position on the limits of economic knowledge. Whereas the PCES reference to “the scientific method” suggests that we are still in the world of naive falsificationism. If we’re not careful we’ll be talking about “crucial tests” and empirical analysis that leads us to accept or reject theories.

I suspect neither of those characterisations may be fair. But, then again, there are many economists who are probably reasonably comfortable with the idea that econometrics is precisely aiming to test theory with a view to adjudicating between competing explanations, and that it is able to do so successfully.

If we don’t – or can’t – recognise that claim as immensely challenging and highly contested at an epistemological – rather than methodological – level then it rather proves my point. It just illustrates that some acquaintance with what’s been going on in the philosophy of social science over the last fify years might deliver us a more circumspect, but more subtle and sophisticated, economics.