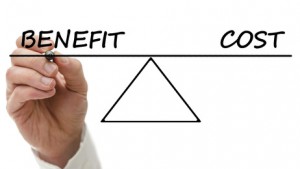 Last week I found myself discussing – indeed partially defending – economics in the face of somewhat indiscriminate accusations of “neoliberalism”. I have no doubt that some economists – while rarely self-defining as “neoliberal” – find themselves in sympathy with the political project that is usually signified by that label. But that is a long way from saying that economics and economists are, by definition, the handmaidens of the currently hegemonic political paradigm. Some of them may serve as useful idiots for the cause. But that is a different matter.

During the course of this discussion I argued something along the lines that it is just as important to look at the detail as to focus on the big picture. In particular, more people need to recognise the progressive economisation of policy. This is arguably playing a role in edging us into a post-democratic world. In this context “economisation” means requiring policy proposals to pass the sort of tests that economists deem to signify that proposals are based upon “robust” evidence. The whole structure of impact assessments, one-in, one-out rules, and the activities of the Regulatory Policy Committee are components of this insidious economisation. It was argued over a decade ago – by Bronwyn Morgan – that such regulatory devices can act as a strongly conservative force on policy making. It is much easier, generally speaking, to demonstrate the costs of change than it is to even articulate – let alone measure – the full range of benefits that will accrue. So policy changes fail the cost-benefit test, and consequently don’t occur.

I was reminded of this discussion on the weekend when I read a recent Law & Policy paper by James W. Williams entitled Dodging Dodd-Frank: Excessive speculation, commodities markets and the burden of proof (currently free to download). Maybe that doesn’t sound so fascinating. But the paper does something really important. It looks at one of the provisions put in place by the US legislature in the aftermath of the Global Financial Crisis. The aim was to stop ‘excess speculation’ in commodities markets by placing restrictions on the size of the positions investors could take. The paper tells the story of the development of the policy followed by the way it has been successfully challenged through the courts, primarily by lobby groups for the financial services industry.

At the heart of the paper is the point that embedded in the legal debate over this regulation, which is of profound real world significance, are fundamental questions in the philosophy of the social sciences. They are not, however, necessarily framed in quite that way.

The position limits rule was steered through the political process on the back of some relatively basic, but powerful, descriptive analysis showing the way commodities prices and speculative investment flows move together over time. This was challenged by industry lobby groups on the basis that the regulators had not met the requisite burden of proof in order to justify the new rule: they had not proved that it was speculation that caused price rises and/or volatility. Furthermore, it is argued that there is no robust economic evidence in the academic literature that has found speculation to cause large price movements in commodities markets. If all that regulators had to offer was a bunch of correlations then that proves nothing.

As Williams notes, the case against the rule rests upon econometric studies that rely upon Granger causality. Without going into great detail, when push comes to shove Granger causality is not really much different from correlation. What’s more it is highly sensitive to methodological and modelling assumptions about, for example, the length of time lags between cause and effect. It also treats causation as unidirectional: that is, it runs from speculation to price movements and not vice versa.

It is not difficult to demonstrate that this type of analysis is, while no doubt viewed among segments of the economics community as robust, subject to some fairly large caveats. And if one adopts a richer, but no less plausible, ontology – an understanding of this social system as one that is subject to non-linear feedback loops from prices to speculative activity, for example – then results generated by studies reliant on granger causality could be dismissed as misleading because they are based upon a misunderstanding of the nature of social reality.

Whether anyone involved in arguing out the legal case in the US courts is familiar with these issues, I don’t know. Given that the lobbying groups are arguing that regulators have failed to prove causation – something that no philosophically-informed social scientist has even considered arguing since Karl Popper was a lad – I suspect not.

The claims that rigorous academic research has undermined the case for the position limit rule are, from a more critical perspective, so much mystification.

Williams’ second major point is just as important, but a little more abstract. Those contesting the validity of the position limit rule are demanding that the regulator produce more rigorous evidence – in the form of cost-benefit analysis – to demonstrate that the rule delivers a net social benefit. But this raises the question of the nature of costs and benefits in this context. The benefits are largely in terms of the prices that prevail in the market. And that raises the question of price. What are ‘prices’? If we are to distinguish prices based on fundamentals from those distorted by ‘excess speculation’ in order to understand the welfare loss as a result of speculation then that presupposes that prices have some sort of objective existence. That is, that ‘counterfactual’ prices other than the ones that actually prevailed in the market have a meaning. This is not a controversial assumption in economics. Indeed, it is probably a commonplace. However, Williams draws on a range of literatures rooted in the cultural economy perspective to argue that the idea of price as an objective phenomenon, rather than as socially constructed, is hugely problematic. And as a consequence the idea of deriving rigorous evidence of welfare gains or losses from cost-benefit analysis is no less problematic.

If demands for certain types of “rigorous evidence” to justify policy change cannot be met because such demands set up an impossible hurdle then demands for evidence-based policy become a conservative force in policy making. Disturbing the status quo becomes difficult. Whether that is, implicitly, the whole point is a matter that will continue to be debated.

A couple of weeks ago, for the first time in a very long time, I found myself talking about the philosophy of social science. It is a topic that many students find distinctly dull and more than a little obscure. It is a topic which economists in particular treat with considerable distain.

And that’s the problem right there.

The Williams paper demonstrates how issues of ontology, epistemology and methodology are not the esoteric preserve of dusty professors but of vital importance to urgent matters of policy and law. And that is so whether or not the protagonists in such legal dramas recognise it to be the case. The paper also provides a vivid illustration of the progressive economisation of policy, in this case regulatory policy.

The absence of serious philosophical reflection in economics has been noted repeatedly over the last few years. The need for critical awareness of the limitations of economic analysis is ever more apparent. For example, this week we were offered another example of widespread failures of replication in relation to reputable academic economic research. At the same time, the issue of conflicts of interest among those offering apparently independent economic advice into the policy process was again raised. All is not well here. And the idea that the disciplinary standards of the economics department are colonising thinking in the corridors of power should fill all right-minded people with concern.