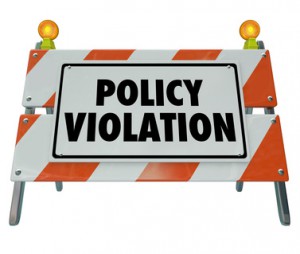 The Herald carried a post yesterday that justifies a broader audience. Not for the first time this summer the paper has drawn attention to the fact that Disabled People Against Cuts (DPAC) have submitted a dossier to the UN’s Committee on the Rights of Persons with Disabilities (UNCRPD) alleging that the UK government’s welfare reforms have led to “grave or systematic violations” of human rights.

Yesterday’s post reported that not only has the UNCRPD taken note of this dossier but that the allegations were judged sufficiently credible to trigger a confidential investigation. Officials arrived in the UK this weekend to gather further evidence firsthand.

The Herald observes that “The UK is the first country in the world to be investigated in this manner”. I’ve no idea whether that claim is accurate. I’m not sure there’s any particular reason to doubt it. If other countries have found themselves under similar scrutiny in the past, does that make the situation any less problematic?

It is deeply troubling that a UK government should have allowed such a situation to arise. There seems little doubt that there are plenty of cases of individual disabled people being adversely affected by welfare reform both financially and in terms of their health and well-being. That includes the recent verdict by a coroner that the cause of suicide for a man suffering from mental health issues was being found fit to work.

The principal question, in the context of the UNCRPD investigation, would appear to be whether these negative impacts are sufficiently “grave” or sufficiently “systematic”.

It is this latter point that defenders of welfare reform hang on to. If there are failures of implementation then they should be dealt with. If, for example, there are individual officials who have acted insensitively in making a work capability assessment and wrongly denied disabled people the assistance they deserve then that is unacceptable and should be rectified. We’re not monsters after all.

But acknowledging possible implementation problems is a long way from accepting that welfare reform represents some sort of systematic attack on the most vulnerable in society. Rather, it is an entirely necessary and prudent attempt to weed out the scroungers and force those who can be self-reliant to sort themselves out. We need to be sceptical about claims to impairments that stop people working. A sizeable chunk of these people are being featherbedded by the taxpayer. But we need to be willing to recognise there are some – a small proportion of those currently claiming disability benefits perhaps – who deserve our help once they’ve proved their incapacity to our satisfaction. And such people shouldn’t entertain the idea that it is necessarily the state’s responsibility to provide them with sufficient resources to cope with the additional costs that are often associated with living with disability. Everyone has to tighten their belt in these austere times.

You can find some forthright arguments of this type online. You can also find the suggestion that ‘the Left’ is weaponising human rights as an alternative means of challenging the legitimacy of the Government. The Left don’t like the fact at the Conservatives won a majority in May. The appeal to rights is a way to try to subvert the Government’s agenda.

It seems to me that this sort of argument is more than a little questionable. Perhaps, just perhaps, this isn’t – or shouldn’t be – about party politics? A country should be judged by how it treats its most vulnerable members. If the UK wishes to be seen as an upstanding member of the international community then it needs to abide by the terms of the international agreements to which it is party. In the past the country has understood itself as a beacon of civilisation, showing moral leadership and setting a positive example for other countries to emulate. Whether or not that was ever justified, I’m not sure it would be safe to conclude that it was still the case.

In recent weeks we have seen the UK government concede that when it comes to international trade and investment “prosperity” can come before ethics or moral qualms. But, we might argue, that is primarily about not inquiring too closely into the way countries with which the UK deals treat their populations, rather than how the UK government treats its own population.

Yet, there are ongoing questions about whether reforms to UK legal aid have rendered certain legal rights unenforceable, whether court fees are leading to the innocent pleading guilty because they can’t afford to contest their case, and attempts to legislate against trade unions in ways that significantly erode rights in the economic sphere. A souped-up version of the hugely illiberal Snooper’s Charter is about to return to the House of Commons. And so on and so on. Lurking in the background, of course, is the vague but virulent opposition of some Conservatives to the Human Rights Act.

Anyone concerned with respect for the individual and human flourishing – and addressing the inequalities that so often stand in their way – would be forgiven for concluding that we’re going backwards rapidly.

It may be that authoritarian disregard for the rights of one’s population is next season’s must-have look. And the Government is aiming to ensure that the UK has the full makeover.