Nick Boles and the philosophy of the garden 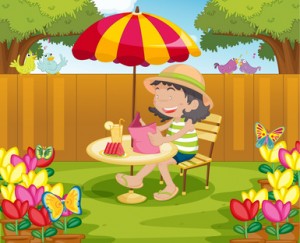 To what sorts of things do people have moral rights? That’s a profound question worthy of more than a mere blog post.

We could turn to the thirty articles of the Universal Declaration of Human Rights for inspiration. We’ll see an aspirational list of rights which still, more than 60 years after its adoption, many countries fail to deliver in full. In that list at number three we have:

Now we know that “liberty” and its realisation is a complex concept. It can, though, incorporate access to adequate housing as a foundation for personal development and security.

But we needn’t try to use Article 3 to cover the issue. We’ve got further resources to draw on when thinking about housing.

Article 17 includes the provision that “everyone has the right to own property alone as well as in association with others” and “No one shall be arbitrarily deprived of his property”. That is, no one should be precluded de facto or de jure from owning property and their property should be secure. I don’t think this necessarily implies that there has to be enough property available for everyone to own some.

Beyond this we have some more specific rights:

Both of these articles are relevant to housing. Indeed Article 25 explicitly links housing to the right to a standard of living adequate for health and well-being.

But nowhere in the UN Declaration is the right to a house with a garden identified, for families, as a key human right on a par with access to medical care or education (which is covered by Article 16). So when Mr Boles, our new Planning Minister, declares access to a house with a garden to be a moral right we are witnessing some philosophical innovation. I’m sure at some point the case will be made more rigorously than in a media interview.

Of course, we can argue that all Mr Boles was doing is localising the definition of ‘housing’ necessary to achieve an adequate standard of living to the UK context. A concept of British suburban life conceived as a human right. The implication is that everyone with children living at present without access to their own garden is having their rights infringed.

This is rather nonsensical. It is surely the case that children need access to secure outside space in which to play. That could be a garden. One could argue that if the Government has sold off all the playing fields and all the parks have been abandoned as a result of the collapse in municipal finances then all the secure space that is left in which children can play is, in fact, in gardens. But that seems to me to be an argument that could just as easily be constructed as the immorality of a government intent on asset stripping the public realm as it is about moral rights. So it hardly carries the case.

I’m not suggesting that access to a house with a garden is a trivial matter. I’m suggesting placing it on a par with the right to freedom from torture, inhuman or degrading treatment probably isn’t sensible. And if Mr Boles believes that it is so intrinsically important he should presumably be lobbying his colleagues Mr Duncan-Smith and Mr Pickles to change the direction on welfare reform and allocations policy. Because current Government policy is going to deprive a fair number of households of a house with a garden and send them to overcrowded temporary accommodation. Or is access to such accommodation only a right for some people in some circumstances?  Principally those who can pay their way without assistance from the state. If so then it is conditional, so not really a moral right equivalent to the right not to be held in slavery or servitude.

This attempt to pitch the discussion on a moral plane is a shame because it detracts from the argument. Embedded in Boles’ position are some very important and very good points. He is right that much contemporary new build in Britain is inadequate. We build the smallest new homes in Europe. He is right that housing is too expensive. In my view he is right that it is possible for the built environment to be as beautiful as open country. But it often isn’t. He is right that because new homes tend to be small, ugly and expensive existing communities tend to be reluctant to allow new development.

Those are points that have been made by others. Matthew Taylor has long argued that the reason communities are reluctant to allow development is that they know that new development is likely to be incremental and comprise unattractive poky little boxes with inadequate amenities, green spaces and infrastructure. But the reason development takes this form is because the planning system, under pressure from existing communities, will not allow sufficient land to be released in one go to allow properly masterplanned new developments. It’s a vicious Catch 22.

Breaking out of this cycle is made harder by localism, in its current form. This would appear to be the reason why policy has turned to thinking about Garden Cities.

Boles is right to focus on the contradiction between the wishes of older households not to see development locally and their concerns that their children have nowhere to live.

But this is an issue fraught with political danger.

Boles is effectively threatening the position of the Conservatives’ natural constituency of older wealthy home owners by suggesting they are selfish and should allow lots of new development locally in order to make housing more affordable. That is, they should support the reduction in the value of their own property.

He is also indirectly raising, but not dealing with, issues on which racism is never far away. If you care to go to the online version of any of the articles covering Boles’ comments – at the Guardian, the Telegraph, the BBC – you will see many of the commenters arguing that Boles is taking the wrong strategy. We don’t need more houses. What we need to do is to stop all these immigrants coming over here and taking the existing houses. And we need to stop them breeding so many children, unlike the responsible English. It seems there is quite a broad stratum of English society that would ascribe most of the country’s ills to immigrants, if it is not blaming the EU. Or, indeed, blaming the EU for the immigrants.

That much of the growth in the demand for housing is a product of an ageing population, changing patterns of independent living, and internal rather than cross-national migration does not feature quite so prominently in the debate.

Alongside these views there are arguments about overpopulation and the sustainability of current levels of population growth relative to the carrying capacity of the globe. Those arguments have rather different motivation. But there is a bit of a blue-green (or, possibly, blue-green-yellow/purple) alliance on this issue.

I think Boles played the argument wrong politically. He is right to suggest that more land needs to be released for development and that we need to be building bigger and cheaper homes, although the garden issue is a bit of a red herring. But he would have managed the political fallout better if this had been constructed as one part of a broader strategy. The Government is doing good work on bringing empty homes back into use, although it is not doing enough of it and it is not tackling some parts of the problem – especially people leaving second homes empty for large parts of the year. It is doing nothing serious about addressing underoccupation in the owner occupied sector. The need for bigger and cheaper homes does not necessarily entail releasing open land, whether in or outside the Green Belt. It could equally be focused on exhausting the potential of brownfield land in the first instance.

If he’d set his comments in this context then they would no doubt have been more palatable. Without doing so, he leaves open the possibility of interpreting the case as having little do to with meeting housing need and more to do with giving a green light for the Conservatives’ friends in the development industry, who don’t find brownfield development sufficiently profitable for their tastes, to make large incursions into the Green Belt and make stack loads more cash.

Whether or not that is, in fact, what is driving the agenda, it is the impression created. Well played.