The reopening of the economic mind? 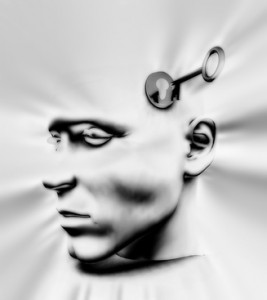 Where is the revolutionary thinking in economics? That was one of the first questions posed by a speaker at the Festival of Economics held last weekend in a very damp Bristol. It is also one of the most pressing and the most intriguing.

I was among the hardy souls who bought a season ticket for the event and got a feel for the range of material covered. But rather than review the whole event I want to consider the issue of revolutionary thinking – posed as part of the session on The future of capitalism – in the light of the discussion in the last session on Economics in crisis.

The question about revolutionary thinking was part of a discussion reflecting upon the way in which paradigm shifts in economic thinking are associated with previous economic crises. Most notably, the rise of Keynesianism occurred in the aftermath of the Great Crash of the 1920s and the adoption of monetarism – and neoliberalism more broadly – took place after the apparent breakdown of Keynesianism and the appearance of stagflation in the 1970s. Where is the new thinking – the reconceptualisation of the macroeconomy and the role of the state – to go alongside the current crisis?

If we think a bit harder about the two previous crises it is clear that the relationship between economic crisis and economic theory is rather less straightforward. While Keynes had been piecing together the fragments of his theory over a period of years its articulation largely followed the crisis. Yet, the ascent of neoliberalism – as Daniel Stedman Jones highlighted in his presentation – was rather more deliberate and took decades. The ground had been well prepared. Policy entrepreneurs were ready to introduce monetarism when the 1970s crisis opened a window for policy change.

But that doesn’t detract from the basic point. The ecology of economics has in the past been more diverse. It was possible for distinctive schools of thought to coexist in a way that appears no longer to be the case.

While one approach to economics was in the ascendant following the interventions of Samuelson, Arrow and Debreu it took a while to become embedded as the mainstream. In macro, real business cycle models have achieved hegemonic status. New Keynesian models may throw some grit into the frictionless world created by Kydland and Prescott but they are pressed from the same mould. And models that don’t show at least a family resemblance run the risk of being disdained as irredeemably ad hoc. There is limited tolerance of heterodoxy.

This situation can be contrasted with the way microeconomics is developing. As Diane Coyle pointed out during the Economics in crisis session, microeconomics appears relatively open to new ideas and learning from outside economics – particular in respect of the rapid movement of behavioural economics from the margins to the mainstream.

This is perhaps all the more extraordinary once you start enumerating the key characteristics of the macro models – continuous market clearing, rational expectations, representative agents, the absence of an explicitly modelled financial sector. It is hardly surprising that such models are unable to capture the characteristics of the current crisis. Yet, as Coyle noted, some macroeconomists have a problem even recognising that there is a problem.

Personally I wouldn’t want to overstate the extent to which microeconomics is cognitively open, but the contrast is illuminating.

A point I have made repeatedly, from my rather semi-detached position, is that economics tends to prioritize methodology over ontology. Students spend a lot of time being drilled in the latest mathematical technique and solving problems.  They spend less – or no – time thinking about what sort of an entity the economy is and how it should be modelled. The rational expectations assumption is one of the best examples. Sure it maintains mathematical tractability. But really? Even on average? When professional macroeconomists don’t have a particularly good grip on what the economy is going to do next?

I studied macroeconomics just as RE models were coming to full prominence. I’ll be honest, I found them utterly implausible from the start, even as an approximation. They just felt misconceived at a foundational level. I guess that was part of the reason I fell out of love with much of the substance of economics and became more interested in the practices of economics.

Of course, since those days things have got a whole lot worse. At Saturday’s session one student commented from the floor that he felt that he wasn’t really studying an MSc in economics but an MSc in maths. He finished his remarks by rather plaintively wondered whether there might be potential to study something a bit more clearly related to the real world economy.

The presentations from the panel in the Economics in crisis session were fairly unified in their call for the economics curriculum to incorporate more consideration of the history of economic thought, economic history and the nature of economic institutions. These are all topics which have been progressively excised from the curriculum in many of the leading economics programmes. I would add to the mix the revival of the philosophy and methodology of economics; something which has also been sidelined to make space in the timetable for ever more ferociously complex mathematical and quantitative techniques. If there could be consideration of philosophy I would expand that to include ethics. Aditya Chakrabortty rightly referred to examples – such as those showcased in the film Inside Job – of economists facing substantial and self-evident conflicts of interest and proceeding without reflection. This would be considered unethical practice in most other disciplines, but quite a few economists are nonplussed when the issue is even raised. I blogged about this in Economists, implicated back when the film was originally released.

Another student in the audience asked when they might see some of these topics featuring in the curriculum of a degree programme. While work is underway to progress this agenda, it is not a transformation that will be effected rapidly.

The panel also offered a general endorsement of the value of inter-disciplinary collaboration. Chakrabortty noted that some of the most interesting work on the economy is being done in places like Manchester’s Centre for Research in Socio-Cultural Change or Sheffield’s new Political Economy Research Institute. These research centres may involve economists working with scholars from other disciplines, and they are surely doing interesting and important work, but it would be interesting to see whether any of that work would have the honorific “economics” bestowed upon it by a prominent member of the economics professional.

That raises an issue that troubled me about the session. None of the speakers was a true defender of the faith. All were, at the very least, open to recognising the weaknesses of the economic approach and the possibility of learning from and collaborating with other scholars. But in this respect they were atypical of most of the economists of my acquaintance. The disciplinary incentives are massively stacked against this type of approach.

Young academics know that research is all that counts in recruitment. Departments want recruits – or ‘hires’ as economists are wont to call them – who are doing work that is “clever” or “deep” and addresses a theoretical or empirical puzzle that is preoccupying some part of the discipline. Applicants know that being able to offer a job market paper targetted at a journal that is considered core to the discipline, with plenty of ABS stars, is what counts. An R&R or acceptance in such a journal is even better. Applied work in field journals plays less well. Cross-disciplinary work can be frowned upon and considered rather third-rate: “not economics”.

Academics with an interest in things like economic methodology or history of economic thought have a choice. Either they suppress that interest and do something deemed to be more important or they reconcile themselves to life in the academic slow lane. One can imagine that in the UK they might even end up in teaching-only positions so that their research doesn’t have to weaken the power or sully the purity of the department’s REF submission.

If one wants to change this situation the challenge is formidable. The discipline has followed a path-dependant process to an equilibrium that is now self-reinforcing. Conventionally we might say that an exogenous shock would be required to change the trajectory of the system. But the exogenous shock would need to be bigger than the Global Financial Crisis. Because that hasn’t managed to trigger change and shift thinking at the core significantly.

I wonder what it would take?

I am reminded of a comment Paul Krugman made a while ago when he said he couldn’t see a way forward: he suggested that what was needed to work out how to change the discipline was a sociologist not an economist. Someone who understands the way in which strong group cultures are formed, sustained and can be changed.