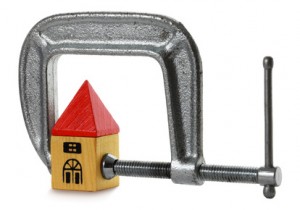 There isn’t a great deal of disagreement about the key problems facing the British housing market.

The main issues are high housing costs in both the owner occupied and private rented sectors, with correspondingly high bills for housing allowances. Many households have difficulties in accessing appropriate accommodation, particularly given the limited flow of lettings in the social rented sector. And the market is subject to high volatility by international standards, which has negative ramifications for the macroeconomy. The root cause of this is the failure of housing supply – over a period measured in decades rather than years – to keep pace with the increase in the number of households.

The disagreements start to emerge when we move on to discuss what we should do about it. And, more specifically, to consider whether the Government is currently doing enough to address the problems identified. The Government has provided a perfectly sensible diagnosis of the problem. There has been quite a bit of policy pronouncement and promise. Much of the early bustle was brought together in last year’s strategy, Laying the foundations.

But does all this add up to a policy response that is appropriately targeted and on sufficient scale to make a dent in the problem?

The Housing Report, produced jointly by the CIH, NHF and Shelter, is rapidly becoming a key resource in making the assessment. This month sees the publication of the third in the series. The report continues with the approach of giving Government action across each of ten dimensions of the housing market a traffic light rating. The assessment focuses upon whether the statistics in a particular area are improving (green) or worsening (red), or whether no progress is evident (yellow).

The authors rightly observe that there can be significant lags between policy announcement, implementation and impact. So it is important not to leap to judgement on the success or otherwise of policy initiatives. And there are key policy initiatives – such as developing new financial vehicles for private investment in rented housing – that are still under development. Nonetheless, the Coalition has now had two and a half years in power. We’re halfway through this parliament. And we’ve had a year since the announcement of the housing strategy. So it wouldn’t be unreasonable to expect to see policy starting to bear some fruit.

The overall message of this month’s report, like the previous two, is decidedly mixed. Over the ten areas the situation is assessed as follows:

This represents a marginal improvement over the assessment six months ago, with one fewer red and one more amber light.

However, as I pointed out in my blog about the first report, not all of these areas of activity are of equal importance. For example, it is absolutely excellent that the Government is making serious efforts to deal with empty homes. And bringing homes back in to use makes a contribution to increasing effective housing supply. But I don’t think anyone believes that even if the number of empty homes were effectively reduced to zero it would deal with the root of the housing problem. The housing supply problem is an order of magnitude bigger than the empty homes problem.

Some of the areas in which the Housing Report rates the Government are primarily about symptoms rather than causes. Rising rents, increased overcrowding, more housing benefit claimants, and more homeless households in temporary accommodation are all symptoms of broader problems with the balance of supply and demand in local housing markets, in the context of broader economic and labour market weakness, high levels of inequality and the impacts of austerity. These are all areas allocated a red light. Things are getting worse.

But things are getting worse, in part, because there has been no significant progress on housing supply and planning. In fact, there has been less than no progress. New starts and completions in both the private and affordable housing sector have plunged to historically low levels. Planning permissions for new dwellings have reduced dramatically since the arrival of the Coalition. This is one predictable, if perverse, consequence of the Government’s localism agenda. There may have been some slight recovery in the most recent months, but again levels of activity are an pretty much an order of magnitude short of those required to make a serious dent in the problem.

The Government’s obsession with the planning system as the primary source of the problem is arguably making the situation worse by creating uncertainty. The housing supply system is influenced not only by the planning system but also by the structure and practices of the development industry and the way the land market functions. All of these elements are ripe for reform or policy intervention, as I have noted in previous blogs. But the Government has chosen to focus its ire on the planning system. Most recently it has opened the way for developers to demand the renegotiation of s106 agreements in order to return stalled sites to economic viability. Or, if you’re a cynic, simply to increase the developers’ profitability by removing what is effectively a betterment levy.

If I were a developer, or indeed perhaps a group of developers who happened to find themselves in a room together having a quiet chat about the weather and suchlike, I might conclude that the best strategy in the short term would be to sit on my hands. I’m holding all the cards. Just build a few houses very profitably to keep things ticking over, and wait.

The Government will get more and more desperate to revive housing supply and, because the only tool in the toolbox it seems to want to use is a hammer to bash the planning system with, it will no doubt eventually have another go at reducing the requirements and restrictions placed upon developers in order to coax them into increasing new construction activity, in the process boosting profitability further.

That scenario is no doubt entirely fantastical. It may well be that the Government’s repeated revisiting of the rules of the planning game is in itself sufficient to discourage activity. The Government’s single tool strategy isn’t, in my view, hugely smart – either in terms of its likelihood of improving the housing market situation or as politics.

Sitting behind the focus on supply is the bigger question of the absence of effective demand. If the Government isn’t going to put serious money into building affordable housing, which can act as a countercyclical measure, then it is going to have to recognise that the state of the labour market, levels of indebtedness, and the weakness of the housing finance market all mean that many speculative builders are going to make the very rational decision that it isn’t worth building when there is no guarantee that there is going to be anyone willing and able to buy the resultant properties. Offering state guarantees mitigates the risk, but it doesn’t necessarily remove it. The move to encourage build to rent feels like an implicit recognition of this.

Breaking out of this bind is going to take more radical thinking and radical action than this Government seems in the mood to entertain. And there is no ready-made comprehensive and feasible housing Plan B out there yet, waiting to be plucked off the shelf. So there is still much work to be done.