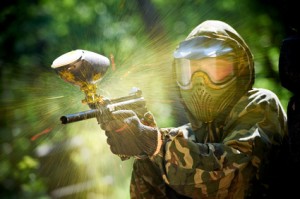 David Cameron’s speech to the CBI today started with a paean to the exporters of UK plc; the manufacturers of strong liquor and powerful weaponry that do us so proud internationally. His objective – apart from flattering various members of the audience – was to make the case that the UK is facing intense competition in a global economy. As Cameron puts it, “we need the buccaneering, deal-making, hungry spirit now more than ever”. He sought to assure the audience that the Government is committed to doing its bit to help the UK stay in the race.

Cameron provided a headline list of the actions the Government was taking to help UK plc stay competitive. Dealing with the deficit and lowering taxes were prominent among them. It would certainly be good if the Government were doing some of the others. Apparently it recognises that business wants “to have a proper industrial strategy to get behind the growth engines of the future”. We’re no doubt all looking forward to that.

Much of the first half of the speech focused on education. Cameron, not surprisingly, extolled the virtues of Mr Gove’s agenda. He then shifts gear at the end of this passage:

So this government has been tough and we’ve been radical. But there’s something else you desperately need from us, and that’s speed because in this global race you are quick or you’re dead.

It isn’t quite clear whether Cameron is alluding here to the Apostle’s Creed, a dodgy Sharon Stone western, or something else entirely. And it isn’t entirely clear that as a statement it makes any kind of sense. The government needs to be quick because it has to win a global race or it will be mown down by a gunslinger? No, the Government is not in a global race, it’s the companies that are in a global race. And if they are not alive they pass to the afterlife? Who knows? But you sort of get his point.

This passage brings Cameron on to his theme for the second half of his speech. Ostensibly this theme is the need to remove red tape to produce “a leaner, faster government”. Presumably to help exporters compete in this global race. However, the substance of the argument has got almost nothing to do with helping UK plc compete. It has everything to do with a systematic attempt by the Government to disable the mechanisms available to scrutinize its actions and to challenge the arbitrary exercise of state power.

He characterises it thus:

You know the story. The Minister stands on a platform like this an announces a plan then that plan goes through a three month consultation period there are impact assessments along the way and probably some judicial reviews to clog things up further. By the time the machinery of government has finally wheezed into action, the moment’s probably passed.

His solution is radical and simple. He proposed to:

The last of these points hints at the real agenda here. The Government’s attempt to reform the planning system through the NPPF didn’t remove as many safeguards and protections as it would have liked. As an attempt to give the green light for a development free-for-all it was a failure. The Government are making another attempt through the Growth and Infrastructure Bill. It aims to remove decisions over substantial developments from those local authorities that refuse to agree with the Government that large scale development is desirable.

The speech then treats us to a selection of the Government’s characteristics rhetorical tricks. Much is made of the increase in the number of Judicial Reviews over time. The implication is that this is a major brake on economic and spatial development. There is no mention that much of this increase relates to asylum and immigration cases. There is no mention that JRs are already subject to gatekeeping through the High Court so they only really kick in when there is a plausible case to argue. There is no mention that the point of a JR is to examine whether there has been illegality, irrationality or procedural impropriety on the part of a public body, rather than – say – just waste people’s time and annoy all right-thinking people, as Cameron seems to suggests.

The Public Law Project’s response to today’s announcement makes the point forcefully. Judicial Review is a key mechanism for regulating the relationship between the state and the citizen. Judicial Reviews are a hugely important means of keeping the power of public bodies under scrutiny. Of course politicians don’t like them, because JR stops the representatives of the state doing whatever they feel like. There is a history of politicians trying to place public decision making beyond the purview of the courts. There is equally a history of the courts not allowing that to happen. We can only hope that noble history continues.

The proposal to reduce consultation periods on new policies and legislation from three months down to two weeks is all about denying stakeholders opportunities to make representations and raise objections. It is also, as Nick Barlow points out in his blog earlier today, a case of the Government passing up the opportunity to learn and improve policy through listening to other perspectives and further evidence. Cameron goes so far as to suggest that some proposals will be brought forward with no consultation at all. And it appears that it will be left to Ministers to decide, on a case by case basis, whether they might benefit from seeking other views or not.

Given that this Government seems to believe that it has some sort of special insight denied to others, and therefore has nothing to learn from listening, it is perhaps not surprising that they treat good practice in consultation with contempt. My presumption would be that case by case decision making effectively ends consultation as a component of policy making until 2015. Government knows best.

Another key change the Government proposes under the auspices of lifting the burden is removing the need to carry out equality impact assessments. This is as transparent as it is craven. The Government has been on the end of a series of challenges over its austerity programme, as George Eaton points out. The cuts demonstrably affect women, disabled people and minority ethnic families more severely than others. So proposals routinely fail equality impact assessments. We most likely have another slew of cuts heading our way. Rather than change the policy approach, why not just abolish the mechanism by which these inequalities might come to light? So much easier. As Cameron puts it:

We have smart people in Whitehall who consider equalities issues while they’re making the policy. We don’t need all this extra tick-box stuff.

On this point – unlike all the other issues upon which Cameron calumnises civil servants for their incompetence and intransigence – we can trust the man from the Ministry to take full account of the sensitivities before handing down the policy. So that’s alright then.

The final passage of the speech sees Cameron in what he may feel is Churchillian mode. I can’t help thinking of Jim Hacker. He argues that:

I want every Minister and every official to understand that the dangers are not just in what you do but what you don’t do … that the costs of delay are felt in businesses going bust, jobs being lost, livelihoods being destroyed.

When this country was at war in the 40s. Whitehall underwent a revolution. Normal rules were circumvented. Convention was thrown out. As one historian put it, everything was thrown at the overriding purpose of beating Hitler.

Well, this country is in the economic equivalent of war today – and we need the same spirit. We need to forget about crossing every ‘t’ and dotting every ‘i’ and we need to throw everything we’ve got at winning in this global race.

This passage may be of no great significance. Or, possibly, it is.

On the one hand, Cameron may just be using a poorly chosen analogy that makes him sound faintly ridiculous. Someone suggested to me on Twitter that this speech should trigger an automatic general election through the application of the political equivalent of Godwin’s Law.

On the other hand, as many people have already pointed out, this has hideous echoes of the “war on terror”: a war that is fundamentally unwinnable against opponents permanently unknown but, we are assured, unspeakably dangerous. A “war” that is a pretext for securocrats insisting that our civil liberties must be further compromised in the name of an unspecified threat. We progressively trade our liberty for “security”.

To liken economic competition to war in the way Cameron does is largely nonsensical. It is a war that can never be won. Because it isn’t a war. Yet, it gives him cover to talk about something profoundly troubling. He is not talking about a temporary suspension of agreed principles and arrangements – as citizens were willing to accept in order to defeat the Nazis – but an open-ended removal of checks and balances designed to protect us from the arbitrary exercise of power by the state. And therein lies the real danger.

The contempt for liberal democracy and accountability among the blue-tinged contingent of the Coalition is ever more apparent. But what of the yellow-tinged contingent? Is the party of liberty going to let wave after wave of illiberal proposals wash over it without acting? Or is it going to do something about it? Who knows?