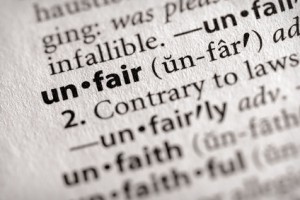 One of the Government’s most cunning tactics in the debate over welfare reform is the way it has shaped the discourse and carried people with it. As Jonathan Freedland observes in today’s Guardian, the tactic has encouraged poorer people to turn on each other. At the same time, it has distracted from the Government’s failures to deliver on economic policy, effectively tackle the much bigger problem of tax evasion, or propose serious reform for a dysfunctional economic and financial system.

The Government has constructed a particular type of moral argument by saying things like: Should hard-working low-income taxpayers in Sheffield subsidise workless families to live in Kensingston? That’s got to be unfair. Something must be done.

But does that even make sense? That is not a hypothecated transfer that actually exists. It is notional. Taxes collected in Sheffield effectively go into a big pot and are then spent on all sorts of things, most of which have nothing to do with welfare benefits. But it’s a useful narrative for stoking up indignation.

You might as well say that the rich residents of Kensington pay a higher rate of tax which is then transferred to their neighbours to allow some poorer people to reside in the poorest accommodation available locally. That means some people are available to take on the low paying jobs in the service industries that keep the London economy running, without having to incur crippling commuting costs. As a practical matter the poorer people in Kensington will quite likely be living in poorer quality accommodation than the family in Sheffield, albeit possibly in a nicer area.

That’s an argument about vertical equity rather than horizontal inequity. That sounds fair to me. It’s no less plausible than the Government’s version.

And it is a myth that housing benefit only goes to those out of work. A substantial proportion of claimants are in work. And as rents have increased their numbers have increased.

Also, we need to think about it dynamically. The Tories have constructed the change narrative around the stereotype of long term benefit-dependent households with multiple children, quite possibly in some way ‘foreign’ and hence by implication less eligible. Such households exist, of course, but for most people poverty is dynamic. They move in and out of work, on and off of benefit. Many recent HB claimants are those who have lost their jobs because of the recession.

Yesterday they were the “hard working families” that politicians are so concerned about and so in favour of. Then their luck changed. They haven’t suddenly become benefit-scrounging pondlife overnight. Yet the Government proposes to penalise many of them further for their misfortune by rendering them unable to afford to stay in their homes.

It wouldn’t be unreasonable to provide them with some stability while they try to get back on their feet. Rather than pulling the rug out from under them. Not in perpetuity, of course, but to give them some breathing space. Who knows, next year it might be me that needs the help. Or you. How would we want to be treated? What sort of support might we expect, given we’ve been dutifully paying our taxes all these years?

Creating division. Sowing discord. You know it’s the right way to do things.

I’m not suggesting that the welfare system doesn’t need to change. Just that we need always to be reflexive about how politicians seek to shape the discourse in particular directions to serve their own particular purposes.

They’re trying to mess with our heads.