Has Coalition 2.0 bitten the dust? 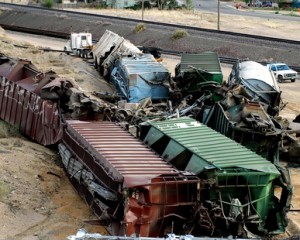 It would appear that Coalition 2.0 is heading for the scrapheap. At least that is what Matt Chorley reported in yesterday’s Independent on Sunday. Last year the Coalition partners were talking about needing a mid-term document to set out a further joint agenda for the second half of this Parliament. They were expecting to have dealt with all the measures in the original coalition agreement. They anticipated being at a bit of a loose end during 2013-15. It looks like that will no longer be necessary.

According to Chorley’s article:

The Independent on Sunday has learnt that the idea of a new agreement has been abandoned because ministers realise running the country is harder than they had thought.

The focus has changed:

“Coalition 2.0 is not going to happen,” admitted a senior cabinet source. “We have realised that governing is more than just passing legislation. We really need to focus on ensuring they [the laws] work so we can go to voters with proof that we have made a difference.”

But the challenges of government are not the only issue:

Parliamentary setbacks have brought an end to the bonhomie of the early days, when both sides joked about how much they had in common. Each party is expected to publish a mid-term review focusing solely on its own achievements.

If this report turns out to be true, and it looks pretty credible, then, with a party political hat on, I am not overly disappointed. I’ve always felt that Coalition 2.0 was a step further towards longer term collaboration with the Conservatives than was wise. I also felt that the process of putting it together was, from a Liberal Democrat perspective, rather less transparent and democratic than was desirable.

With my student of policymaking hat on I am not at all surprised. I might even have experienced a little schadenfreude. Anyone who has paid much attention to policymaking knows that it can be a fiendishly complex and subtle business. It can require careful construction of formal and informal coalitions to support change. It requires recognition of stakeholders’ views and management of aspirations and expectations. It requires clarity of thought and of legislative proposals.

What we have witnessed over the last couple of years is almost the complete antithesis of competent policymaking. The agenda has been over-ambitious and pursued in a rather blase manner. Complex and wide-ranging proposals have been cobbled together. The Government then blunders around, abusing established Parliamentary process, allowing insufficient time for effective scrutiny, and getting up everyone’s noses. Proposals are challenged in the Lords for their negative effects on the poorest and most vulnerable. Or they are criticised by Select Committees for their incoherence.

The Government has faced repeated rebellions in the House. Why? Because it hasn’t reached out to doubters and convinced them. It hasn’t shown much inclination to compromise unless forced to. And when it does compromise it just lashes another tranche of amendments onto a Bill without giving much consideration to whether the resulting proposals make sense as a whole. It comes across as dogmatic and ideological. It seems to operate in haste, but for no obviously good reason.

Even those proposals that haven’t got mired in the Parliamentary process and have made it on to the statute book – such as the Localism Act – we haven’t heard the last of. The negative consequences of some of these ill-thought out measures will come back to haunt the Government. And the Government has hardly moved into the implementation phase for many of its more radical ideas. As students of policy know only too well, implementation is a vale of tears all of its own.

Governing is indeed difficult. It is much more difficult than being in Opposition. In Opposition you are largely restricted to coming up with plausible sounding ideas. You don’t have to do anything about them. In government you’ve got to deliver coherent workable legislation and see that it is put into practice by large-scale complex organisations. It’s a much bigger task. It is good that the light has finally dawned.

The IoS reports that “Mr Cameron told ministers he wants ‘less and better legislation’ in the next session of Parliament”. That seems like a very wise move.