The Information Tribunal delivered its decision last week on the release of the risk registers associated with the Health & Social Care Bill. The Information Tribunal concluded that the Information Commissioner was correct in the initial decision that the release of the transitional risk register (TRR) – but not the strategic risk register – was in the public interest. And the Government was wrong to refuse to release it. I’m surprised that this decision did not attract more attention. Perhaps there’s a sense that the battle has already been lost. I understand the Department of Health is considering whether there are any legal grounds for challenging the Tribunal’s decision. 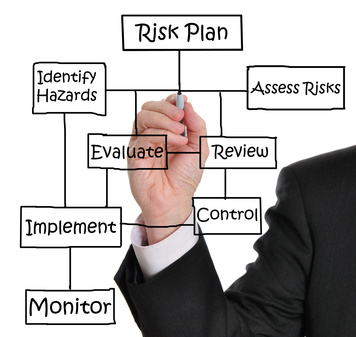 The IT’s report is not perhaps the most engaging of documents, but there is quite a bit of interest in it, beyond the fact that the Tribunal found against the Government.

It raises questions about the nature of “policy”, for those inclined to reflect on such things.

This invites the question whether “government” policy is different from any other types of policy. That is, which institutions or decision-making arenas are covered? It might be uncontroversial to consider decisions of the Cabinet or individual Ministers to embody “government” policy. But what about decisions by civil servants or decisions by bodies to whom governance responsibilities have been delegated? There is also a question of the level of abstraction at which “policy” exists. Can “policy” be distinguished from the mechanisms or instruments designed to embody it during the delivery phase? These sorts of issues have been debated in the academic literature for years. It is fascinating to see them being wrestled with in a practical policy context.

Previous FOI decisions have established that it is appropriate to identify a “safe space” during the policy process. It is desirable and appropriate for information circulated during this period not to be disclosed. This allows full and frank discussion and exploration of options. Some of the ideas being evaluated may be blue skies and unlikely ever to proceed very far. So the benefits of disclosing them would be limited. It may just cause unnecessary confusion or consternation. But as a policy solidifies this period of experimentation and exploration comes to an end, and so should the safe space. Disclosure then becomes appropriate.

Perhaps things will be clarified if we focus more closely upon “formulation or development”? The FOI Act is framed on the presumption that this is a distinct, and identifiable, phase of policy making. That may get us somewhere, but it won’t get us all the way. In particular, the idea that policy flows from formulation, through decision and on to implementation and evaluation is pretty well discredited as a descriptive model of the policy process. It has always been hard to separate the stages in practice. And it can be plausibly argued that it is getting more difficult.

The Information Tribunal argues (at para 28):

We are prepared to accept that there is no straight line between formulation and development and delivery and implementation. We consider that during the progress of a government introducing a new policy that the need for a safe space will change during the course of a Bill. For example while policy is being formulated at a time of intensive consultation during the initial period when policy is formed and finalised the need for a safe space will be at its highest. Once the policy is announced this need will diminish but while the policy is being debated in Parliament it may be necessary for the government to further develop the policy, and even undertake further public consultation, before the Bill reflects the government’s final position on the new policy as it receives the Royal Assent. Therefore there may be a need to, in effect, dip in and out of the safe space during this passage of time so government can continue to consider its options. There may also come a time in the life of an Act of Parliament when the policy is reconsidered and a safe space is again needed. Such a need for policy review and development may arise from implementation issues which in themselves require Ministers to make decisions giving rise to policy formulation and development. We therefore understand why … the process [has been described] as a “continuous circle” certainly until a Bill receives the Royal Assent. However the need for safe spaces during this process depends on the facts and circumstances in each case. Critically the strength of the public interest for maintaining the exemption depends on the public interest balance at the time the safe space is being required.

The problem for the Government is that the Information Tribunal didn’t consider that in the case of the Health & Social Care Bill much of a “continuous circle” could be discerned. Rather, the policy was formulated and developed early on in the process and then largely remained the same. This leads to the following passage, which some commentators have identified as the most damning (para 85):

From the evidence it is clear that the NHS reforms were introduced in an exceptional way. There was no indication prior to the White Paper that such wide-ranging reforms were being considered. The White Paper was published without prior consultation. It was published within a very short period after the Coalition Government came into power. It was unexpected. Consultation took place afterwards over what appears to us a very short period considering the extent of the proposed reforms. The consultation hardly changed policy but dealt largely with implementation. Even more significantly the Government decided to press ahead with some of the policies even before laying a Bill before Parliament. The whole process had to be paused because of the general alarm at what was happening.

The Tribunal’s conclusion was that the parameters of the policy were set early on and little changed throughout the protracted passage through Parliament. So the “safe space” had already ended by the time the FOI requests were made. Hence, there was no reason not to release the transitional risk register. Indeed, it was in the public interest to do so – either to allay public fears by demonstrating that the DoH is managing risk effectively or by demonstrating that the public were right to be worried.

Looked at from a different direction this passage has the potential to be rather uncomfortable reading. Many Liberal Democrats have claimed that major concessions were won from Andrew Lansley during Parliamentary debate, fundamentally altered the nature of the proposals. The Tribunal’s view is that most of these changes were about implementation – sorting out the details – not the thrust of the policy itself.

The Information Tribunal also set out its views on the chilling effect of the FOI Act provisions. This is likely to loom large in coming months as the Government has indicated that it is going to revisit the scope of FOI.

The senior civil servants who came before the Tribunal argued that releasing the risk registers would have (at para 62):

a profound and damaging effect on the public interest in sound policy-making for the following principal reasons:

We have seen the registers and the risks identified and … It seems to us that the TRR identifies the sorts of risks one would expect to see in such a register from a competent Department.

It went on to argue that, despite protestations from those with an interest in restricting disclosure, independent research has found no evidence that FOI has had a chilling effect on policy in Westminster and Whitehall. Lord O’Donnell conceded that “it was very difficult to prove one way or the other whether a chilling effect would take place”.

This is going to be a key battleground over the coming months. Of course complying with FOI is tiresome for those who have to assemble the information. Of course it costs money. But a total cost of the order of £7mill per year is modest when set alongside the transparency and opportunity for scrutiny that it provides. And there is no compelling evidence that it has had a chilling effect on policy making.

It would seem that for any administration committed to open government there would be no justification for seeking to curtail the scope of FOI. So we’ll have to wait to see how much the current Government values openness.  I suspect we already have a pretty good idea of the answer.