Running, away from home

We’ve been staying with the in-laws in South Wales over Easter. That means we’ve had the opportunity to run some different terrain.

If you leave the front door and head north within 10 minutes you leave Bleanau Gwent, cross into Powys and find yourself on the southern edges of the Brecon Beacons national park. The run from there is pretty much uphill for the next 20 minutes across moorland.

We gave that route a go yesterday when the sun was out, but only did 45 minutes in total. It was great to be out in open country for the first time in several months. But, to be honest, the main thing it proved was that I need to get out and run the hills a bit more often. Shockingly unfit.

Today the weather was characteristically Welsh. We waited until late afternoon to see if it was going to get any less inclement. But that wasn’t going to happen. So in the end we hit the road in the knowledge that a soaking awaited.

This time we headed east from Beaufort towards Brynmawr and on towards Gilwern. This run is quite a bit flatter, in part because it follows the route of what was originally the Merthyr, Tredegar and Abergavenny Railway, which was closed to traffic by British Rail at the start of 1958. You get to run along the trackbed more than 100m above the A465 Heads of the Valley road. Given its origins, the run exposes you to some significant industrial archaeology. 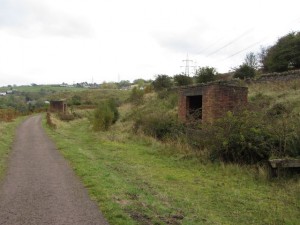 We didn’t quite get there today, in part because the weather and in part lack of fitness, but some way along the route you get the chance to run over some serious Victorian civil engineering. The route is carved out of the mountainside through Clydach Gorge and then requires a substantial viaduct on the way into Gilwern.

The route stands as a stark reminder of the huge amounts of human effort and ingenuity that have been brought to bear on enterprises that have subsequently been rendered redundant. And a reminder of quite how dramatically life in this country as changed, within the lifetimes of our parents. 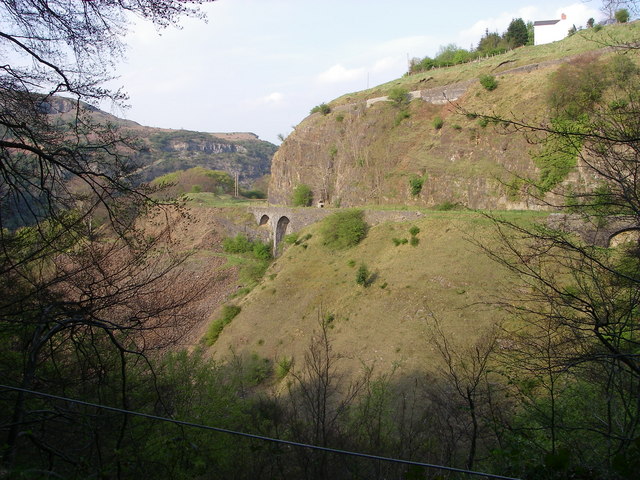 1:  © Copyright Gareth James and licensed for reuse under this Creative Commons Licence

2: © Copyright Alan Bowring and licensed for reuse under this Creative Commons Licence