The Tory £12bn and manifest inadequacy 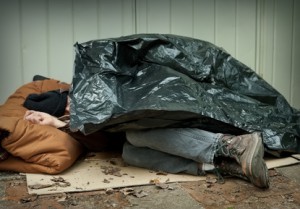 The leak to the BBC hinting at the scale of the cuts to welfare budgets being modelled by the Department for Work and Pensions has caused consternation. And so it should.

Given that George Osborne has refused to say what he is proposing to cut from welfare spending it was inevitable that any halfway credible information would attract attention. It is frankly outrageous that he is unwilling to be transparent with his plans. But that’s a different issue.

The BBC leak suggests that disabled people, unemployed people and those with caring responsibilities could bear the brunt of reduced spending.

The Conservatives have been quick to deny that the leaked figures represent agreed policy. This is just modelling possible options. Nothing has been decided. This statement is presumably aimed at defusing the row or deflecting attention.

It shouldn’t because the swingeing cuts identified will yet again target some of the most vulnerable in society.

It shouldn’t because the swingeing cuts identified don’t come close to saving the £12bn the Chancellor is aiming for. So if he is serious then the real proposals are going to be much harsher.

It shouldn’t because some of the cuts being considered, but for which no fiscal impact has yet been estimated, are likely to have shocking social consequences.

Joe Halewood, in typically robust fashion, has today attempted to spell out the impact of tightening the overall benefit cap for tenants in the social rented sector. The answer should alarm anyone who has even the loosest apprecation of the situation.

This isn’t about a few scroungers having some spare cash lifted from their pocket to put an end to their cushy state-funded lifestyle. This is about hundreds of thousands of people being exposed to serious poverty and/or acute housing instability.

In reflecting on this recent news about the scale of proposed welfare cuts I was reminded of a 2014 report by the European Committee of Social Rights. The Committee is charged with looking at signatory countries’ conformity with the 1961 European Social Charter. In general terms, based on data from the first part of the current parliament, the UK system was considered to be in conformity with many of the provisions of the 1961 Act relating to the thematic group “health, social security and social protection”.

However, when the Committee considered Article 12 “the right to social security” it reported the following:

Adequacy of the benefits

The Committee notes from Eurostat that 50% of the median equivalised income stood at € 714 in 2011.

In its previous conclusion the Committee held that the minimum levels of Statutory Sick Pay, Short Term Incapacity Benefits and contributory Jobseeker’s Allowance for single person were manifestly inadequate.

The Committee also notes from the report that there are other types of benefits available, such as housing benefit. It asks whether it is available for single persons earning the minimum levels of short-term and long term incapacity benefits, state pension and job seeker’s allowance.

The Committee holds that even if the minimum levels of short term and long term incapacity benefits, state pension and job seeker’s allowance may satisfy the requirements of the European Code of Social Security, they are manifestly inadequate in the meaning of Article 12§1 of the Charter as they fall below 40% of the Eurostat median equivalised income.

The Committee concludes that the situation in United Kingdom is not in conformity with Article 12§1 of the Charter on the ground that:

That was before the Coalition Government implemented welfare reforms cutting the generosity of the system.

And now, apart from pensions, the Conservatives are planning further cuts.

I’ll just leave that thought there for a moment.