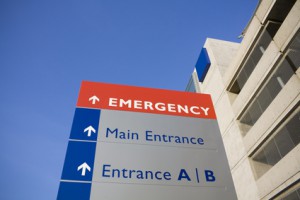 Today’s FT carries a front page story (£), based on research by the Health Foundation, stating that the financial ‘black hole’ facing the National Health Service is bigger than previously forecast. This is a result of a sharp decline in productivity during 2013/14. It is suggested that the NHS will need an emergency injection of cash after the election, whoever forms the next government.

This productivity decline follows an increase in the number of agency nurses employed in the wake of concerns about understaffing. It also follows the reorganisation that followed the 2012 NHS and Social Care Act. There is, as one might wearily anticipate, dispute over whether the reorganisation has also contributed to this drop in productivity.

Three things struck me on reading this FT report. They are not entirely novel thoughts, but I’ll share them anyway.

First, during last week’s leaders debate David Cameron emphasized that the government has a record of getting rid of “bureaucrats” in the health service so that money can be spent on frontline services. This is a statement that needs to be scrutinized from at least two directions. Removing managers and giving managerial responsibility to clinical staff – which is what the NHS reorganisation did, at least in part – is not spending more money on frontline health services. It is tying up clinical staff on management, for which they are not necessarily particularly well qualified, and keeping them from doing the things that they are – expensively – trained to do. Yet, one person’s “bureaucrat” is another person’s professional manager. The vilification of management in the public services is an ingrained feature of our political discourse. It is a profoundly unhelpful one. It is surely possible that the health service can find itself with more managerial and administrative staff than is strictly necessary. But equally it is ignorant to start from the assumption that all non-clinical staff in the health service are a bureaucratic overhead to be minimised or, ideally, removed. An organisation the size and complexity of the health service requires high quality professional management. It isn’t a self-organising system. Too little management is just as much of a problem – and a recipe for waste and inefficiency – as too much. We might ask questions about whether the quality of the management is as good as it might be. But that is a different point.

Second, the political discussion is conducted seemingly without any serious appreciation of the implications of Baumol’s cost disease. Clearly, some parts of the healthcare system have the potential for, and are subject to, technical change that delivers productivity gains. But if the question is, for example, whether there are sufficient nurses available on a ward to ensure that patients are appropriately cared for then the limits to productivity gains may be reached relatively quickly. So if salaries rise then costs are going to rise. You could argue that the FT report today is highlighting this precise point. If too many frontline staff are stripped out of the system then you end up not being able to guarantee patient safety. At a basic level it is a question of whether there are enough people on duty.

Third, leaving aside whether the 2012 NHS reorganisation was in itself a good or a bad thing, it is pretty obvious that repeated reorganisation is a bad thing. Staff are permanently coping with change and trying to get to grips with new systems and structures. As a consequence no structure has time to bed in before another round of change arrives. The political debate about the NHS has, for far too long, focuse on structures. The impacts on processes tend to be derived as a byproduct of reorganisation. We have had wave after wave of reorganisation. The political rationale for that is not hard to find. It is always easier to demonstrate you are “doing something” about a problem by reorganising, whether or not reorganising is the most effective solution to the problem. It is much harder to focus on improving the quality of process and sell that to the electorate as decisive action. Yet, given that it would seem that the NHS has an insatiable appetite for money, it is imperative that the focus is on the effectiveness with which the money is being used just as much as it is on how much money can be shovelled into the system. That would send us in the direction of ensuring managers have the right skill sets and leadership competencies, rather than assuming we can do without managers entirely. If budget pressures mean that training budgets are the first item to be pared back or deleted we might well be heading in precisely the wrong direction.