Is the end nigh? 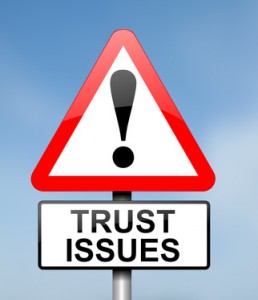 It is surely not simply the feverish atmosphere that always takes hold as the end of term approaches. The backbench Tory revolt over Lords Reform has genuinely destabilised the Coalition. The party leaders may have been back out on the road in a show of unity. They may have reaffirmed their commitment to see it through until 2015. But it’s just not quite the same. Like any relationship where one partner has been unfaithful, the trust has gone.

While the leaders profess everything in the garden is rosy and they’ll stay the course, each attempted relaunch comes with a slightly stronger whiff of desperation. And the relaunches seem to be arriving at more regular intervals.

The speculation over the early implosion of the coalition grows more intense.

Of course the rabid Right are gagging for it. For reasons that defy logically analysis they believe that the best way forward would be to rid themselves of the Liberal Democrats so they can govern alone. This seems to allow the presumed divine right to govern to obscure the poll ratings indicating that not enough people share their aspiration.

From blogger Hopi Sen we have seen some interesting speculation on precisely how the stars might have to align to cause the Liberal Democrats – presumably sans Nick Clegg – to betray the Tories and jump into bed with Labour.

On the Liberal Democrat side it seems to me that most have concluded the party is caught between a rock, a hard place, and outright oblivion. It is argued that walking away from the Coalition – particularly over something as obscure as Lords reform – will be punished by the electorate, while staying to 2015 come what may – unless by some miracle the economy improves very rapidly – will equally be punished by the electorate. It’s a heads you win, tails I lose situation. Clinging on to the tiger’s tail continues to be the option preferred by many.

Yet, even some of the most level-headed commentators in the Liberal Democrat camp are willing to acknowledge that a marriage that was previously rock solid is looking a little shaky. While the probability of a break up by the end of 2012 was previously considered negligible, it has now been revised to somewhere closer to “highly unlikely”. Mark Pack made the point on the BBC News channel on Monday.

I don’t have any great confidence that Lords reform will make it to the statute book. I wouldn’t be at all surprised if the Tories torpedo it in the autumn. That would present the Liberal Democrats with the prospect of achieving none of the significant constitutional change they were seeking during this Parliament. But it is unlikely to finish off the Coalition. I’ve only come across a few people in the Liberal Democrats who thinks it would. More likely to cause a conscious parting of the ways are the negotiations over the CSR. Gavin Kelly neatly outlined the challenges that process will present the Coalition parties in yesterday’s Guardian.

But I think just as likely as a parting of the ways over a specific policy issue is an unravelling of the Coalition as a result of paralysis. Once tit for tat blocking of policies sets in someone will conclude that it makes no sense to go on. Irreconcilable differences. It will be claimed that the Coalition should be dissolved “for the good of the country”. And as long as Labour refuse to play ball with the Liberal Democrats – whether Clegg-led or not – an election will follow.

This is all, of course, speculation.

But political leadership – like many other forms of leadership – has a large symbolic component. When it is effective it is about framing our collective experience and providing inspiration. If people believe you are in control and you know what you’re doing then they will go with you.

Yet, claiming you are in control and know what you are doing isn’t sufficient, when the evidence tends to suggest the contrary. If the people start to suspect that you aren’t and you don’t, then they see your manoeuvring as tricks with smoke and mirrors. You end up looking foolish, in a Wizard of Oz type of way. At that point your claims to authority ring hollow. You’re in real trouble.

I’m not sure we’re quite at that stage yet.

But I think we’re getting there.

Monday’s announcement on rail investment was a case in point. The Government started out by overplaying its hand by claiming this was the biggest investment in the railways since the Victorian era. In real terms it isn’t. Not only that, it is largely reinstating plans developed by Labour that the Coalition itself canned a couple of years ago. This doesn’t make them bad plans, but they are hardly any sort of bold new vision. A slice of it was re-announcing plans already announced by George Osborne. And it transpires that when we say “investment” we don’t actually mean new investment. We largely mean allowing the rail system to spend more and recoup the money through higher ticket prices. That is, higher than ticket prices that are already among the most expensive on the planet. And the planned work isn’t going to start until 2014, so it can make no impact upon real economic challenges now.

Personally I’m all for more rail investment, and most of the schemes announced are long overdue. But in the end I can’t help feeling that there is a sense of smoke and mirrors about it all.

You increasingly get the sense that the Government isn’t really convincing anybody. Maybe not even itself.