Is stronger regulation of private renting only a matter of time? 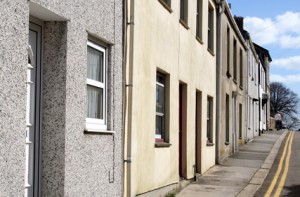 One of the first things Grant Shapps did when he became housing minister was shelve Labour’s plans, developed out of the 2008 Rugg Review, to implement a system of registration for private landlords and letting agents. His view was that the sector faced enough regulation already. He has subsequently backpedalled somewhat on this position. Last year’s housing strategy made some rather vague references to the need to deal with poor quality landlords. And the Localism Act’s proposals to allow local authorities to discharge duty into the private rented sector have been followed by a recognition that local authorities should take some interest in the quality of the privately rented properties being used for the purpose. But, by and large, Shapps has stuck to his line.

However, circumstances – both socio-economic and political – change.

The growth of the private rented sector over the last decade has been truly phenomenal (see Figure 1). In 2010 it accounted for nearly 17% of dwellings in Great Britain, and by 2012 it most likely accounts for a larger share of the housing stock than social housing.

Between 2006 and 2010 in England the percentage of properties in the sector that failed the decent homes standard dropped from 47% to 37%. So the headline figures might suggest that quality has improved. However, if you couple that with the growth of the sector over this period then the absolute numbers of non-decent dwellings isn’t so obviously moving in the right direction. The 37% non-decent private rented dwellings in 2010 compares with 25% of owner occupied dwellings and 20% in the social rented sector.

Property standards are, of course, just the most obvious manifestation of problems. The incidence of inadequate, inequitable, unprofessional or exploitative management practices – which some argue is increasing in the face of increasing demand – indicates that all is not well across the sector.

While the sector primarily housed young, single and/or transient households it seems it was possible to keep concerns about quality and regulation low on the political agenda. However, the sector is increasingly providing longer term, though insecure, accommodation for families. Politicians will eventually be compelled to sit up and take notice.

While some landlord bodies might seek to bolster arguments against regulation – the Residential Landlords Association’s recent arguments about the sector already suffering from “regulatory overload” – they appear to be swimming against the tide.

A national registration scheme is already operating in Scotland, and has been for some years. The Welsh Assembly announced in its housing White Paper launched in May this year that it was considering a mandatory licensing system for landlords and letting agents. This has recently gone out to consultation. The proposed scheme incorporates some pretty hefty sanctions for landlords who might be tempted to operate outside the scheme. Individual local authorities are also seeking to make use of existing powers to take a more comprehensive approach to regulating private landlords. Newham has pioneered borough-wide licensing, with a scheme that will become operational in January 2013.

Most recently we have seen Labour’s Jack Dromey and Hilary Benn announce that the intention to introduce stronger regulation for managing and letting agents. This in itself is an important move because it has conventionally been estimated that half of all private lettings are channelled through letting agents. It is a long-standing anomaly that estate agents are subject to statutory regulation, whereas letting agents are not.

In addition, I wouldn’t be at all surprised if proposals for some increase in private rented sector regulation emerged from the current Liberal Democrat housing review, which is due to be presented to Autumn Conference.

A further interesting and decidedly twenty-first century development is what appears to be the beginnings of greater self-organisation among tenants. One of the key problems facing the private rented sector has always been the substantial power imbalance between landlord and tenant, and the challenges facing tenants in organising to redress this. The availability of social media and online tools for co-ordination may have opened up a means for tenants to organise more effectively.

So it is plausible to argue that momentum is building in support of greater regulation of the quality of private rented housing management. It may well be that by the end of the summer the Conservative party is the only significant player holding out against it. In that respect they will be channelling the views of some – but by no means all – sections of the landlord interest.

In a context where neither the economy nor the housing market look likely to have improved substantially – and hence the pressure on the private rented sector will most likely have intensified – it will be intriguing to see for how long the Conservative position is sustainable. Or whether this particular policy bandwagon proves unstoppable.