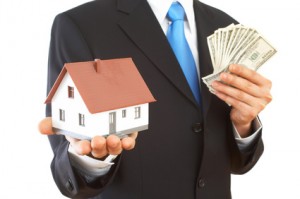 What on earth will it take to improve the regulation of letting and managing agents operating in the private rented sector? Last week the Resolution Foundation reported on a small scale mystery shopper exercise in three English cities. The findings were useful, but hardly surprising. The key findings were that upfront fees and charges represent a significant cost for lower and middle income households entering the sector; these fees varied for no discernible reason; and price competition had been rendered largely ineffective by combination of a lack of transparency and supply shortages.

The report makes some sensible proposals such as making sure letting agents are brought within the Estate Agents Act, are part of the ombudsman service, and are required to present upfront fees in a transparent manner to prospective clients in advance. The Resolution Foundation also notes that the 2012 retendering process for the Tenancy Deposit Protection Schemes offers an opportunity to improve the way deposits are transferred from one tenancy to another.

Anyone outside the housing world might find it peculiar that there are no formal obligations upon letting and managing agents to have any idea what they are doing. If you go into a branch of an estate agent where both estate agency and letting agency activities are conducted then the former have to be conducted within a statutory framework while the latter do not. Many agents can deliver a good service without such a framework. Many belong to a professional body such as ARLA, although this does not always guarantee good quality service. A friend of mine rented through an ARLA member and still ended up waiting three months of a six month tenancy to get a broken fridge replaced. There is evidence that seriously unscrupulous letting agents manage to rip off both tenant and landlords at the same time.

The biggest puzzle is why this Resolution Foundation report is necessary at all.

It is the most recent in a long line of reports recommending mandatory regulation for letting and managing agents. The problems have not emerged recently. I, with colleagues, did research in the late 1990s which identified similar issues. The Citizens Advice Bureau flagged up serious concerns in 2008. The Law Commission recommended regulation in 2007, The Carsberg review for RICS recommended regulation in 2008, so did the Rugg review later in the same year. The Labour Government’s consultation paper in 2009 stated that:

We are … persuaded by the powerful arguments put forwards … for full mandatory regulation of private sector letting agents and managing agents. Our stakeholder engagement has underlined this as a key measure if we are to improve confidence in the sector.

The subsequent report summarising consultation responses was somewhat less emphatic, and identified a range of practical considerations in implementing such a scheme, but the broad policy direction was the same.

Our current Housing Minister, Mr Shapps, famously arrived in office and declared that there was enough regulation in the private rented sector and he didn’t want to over-burden landlords with red tape. I and others have pointed out before that this rather misses the point. No one denies there is a lot of regulation. The point is that most of it doesn’t work. It also fails to distinguish between private landlords, most of whom are individuals or couples renting property as a sideline, and letting and managing agents which are supposed to be professional business organisations.

Mr Shapps particularly misses the point in respect of letting and managing agents. The last sentence of the quote above is vitally important. Far from being seen as an imposition, almost all stakeholders see mandatory regulation of letting and managing agents as essential to increasing the credibility and professionalism of the sector – removing the charlatans and giving consumers confidence to participate in the market.

This is case in which additional regulation would enhance the way the market functions. And pretty much everyone involved in the sector recognises it is necessary and that it would improve the industry’s reputation.

But as long as policy is locked in to thinking of regulation as by definition a burden to be reduced the pile of reports calling for something to be done to protect consumers from exploitation will no doubt continue to grow higher.

Only the dawning of enlightenment and the arrival of a more sophisticated understanding of regulation is likely to deliver any progress.