Laying the foundations for private renting?

[Originally posted as a Guest post at the National Landlord Association blog, 12/12/11] 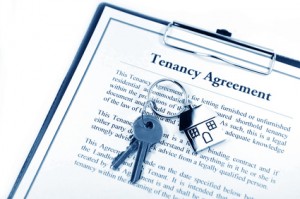 The long-awaited Housing Strategy for England – Laying the foundations – has now arrived. The headlines were dominated by the mortgage indemnity guarantee, restarting “shovel ready” developments, and revitalising the Right to Buy. But what does the strategy have to say about private renting?

The chapter focusing on private renting opens with a statement of support for the sector, which the Government identifies as playing a key and increasingly important role in the housing market. The sector has witnessed significant recent growth, but high levels of demand mean affordability is deteriorating in some areas. The Government’s strategy has a dual focus: boosting overall supply by encouraging investment and tackling the minority of rogue landlords. In fact, rather more space is devoted to discussing investment.

Private renting in Britain is increasingly dominated by landlords operating on a small scale. So the Government continues to pursue the Holy Grail that has eluded housing policy for the last 30 years – greater institutional investment. We’ve had the BES, which gave the sector a short-term boost. We’ve had HITs, which sank without a trace. We’ve had the recent arrival of REITs, but largely to the benefit of commercial property investors. The Government is going back to the idea of REITs to see if it can be tweaked to entice investment into residential property.

It may be that this time things are different. The Chancellor’s Autumn Statement raised the possibility of new financial vehicles to encourage pension funds to invest in infrastructure. The broader investment environment is currently hostile. The risks associated with more exotic investment strategies are considerable. Residential property may be looking like an increasingly plausible option for a dependable income stream, especially as the Government strategy explicitly acknowledges the need to ensure that welfare reform does not unduly disrupt investors’ income expectations.

There are already some interesting developments occurring – such as the Build to Let Fund created by Bouygues and Grainger – in the search for appropriate vehicles for investing in private renting. The boundaries between tenures are blurring in other ways: for example, Sovereign, one of the largest housing associations in the country, have just announced an expansion of its operations in the market rental sector.

There is the potential for some large organisations to enter private renting, bringing with them professional property management expertise and the scope for brand recognition and reputation. This could alter the competitive climate in interesting ways.

The strategy reaffirms the Government’s commitment to avoid unnecessary regulation on landlords, but then goes on to state that:

we are … looking at measures to deal with rogue landlords and encouraging local authorities to make full use of the robust powers they already have to tackle dangerous and poorly maintained homes.

It says little more than that.

Pressure on the Government to act here is undoubtedly building. The Localism Act will mean more homeless people being housed in the private rented sector. Welfare Reform will mean those people are likely to have less money to pay the rent. Yet, budget cuts mean local authorities have less money available to take enforcement action. Any reputable landlord watching Channel 4’s Dispatches programme last Monday will no doubt be concerned that the action – or inaction – of rogue landlords puts the sector under the spotlight and damages its reputation.

We await further details of the Government’s thinking.