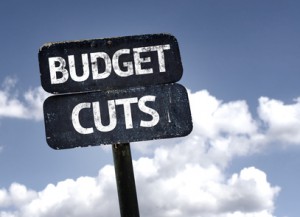 I’ve had an unusual and vaguely discomfiting experience. I found myself largely in agreement with a leader in the Economist. I may need a lie down.

I can console myself with the thought that what the Economist is saying – that the Conservatives’ fiscal plans for the next Parliament are damaging nonsense – would seem to be pretty much the majority, if not the consensus, view. Seeking to legislate to remove the deficit through slashing spending while at the same time delivering a tax cut is not the most impressively coherent agenda ever advanced. It will undermine public sector functions that are vital to the overall success of the economy. And it will almost certainly slam the brakes on the economy at the same time as inflicting further pain on some of the poorest in society.

Most commentators might think Osborne is talking rot, and that, at the very least, Labour’s proposal to exempt infrastructure spending from the self-imposed fiscal straightjacket is a step towards a more plausible policy. But fewer have offered alternative approaches towards bridging the gap in the public finances.

Here the Economist comes off the fence and sets out a distinctive proposal.

The solution is massive increases in taxes on the rich. After all, many of the richest have benefited mightily from the Government’s approach to dealing with the global financial crisis, as wealth is redistributed upwards. So it’s only fair that the Economist’s principal constituency coughs up.

The Economist has pensioners in its sights. Its proposal for reducing the deficit is to reduce the rate of uprating for pensions and to remove state pensions from the top 20% of retirees. This would require abolition of the Coalition’s ‘triple lock’ on pensions. The Economist is aware that, even if we thought this approach was economically desirable, it is politically problematic, to say the least.

I don’t necessarily agree that the answer to our fiscal woes is targeting pensioners. But if it were a trade-off between targeting pensioners and further benefit cuts to working age adults or young people then I’m certain that pensioners have more headroom to absorb the cuts than younger people.

My bigger point is that while I am not averse to ringfencing in principle, there comes a stage at which it is counterproductive. By fettering discretion in this way resource allocations become hopelessly distorted and inefficient. This is the really basic economics of opportunity costs.

I have always been less enthusiastic about the pension triple lock than many who see it as one of the Liberal Democrats great achievements in government. Pensioner poverty surely needed dealing with, but the triple lock, as a rigid rule, inevitably means that in the longer term – if the overall budget envelope is not going to expand – spending under some other heading is going to have to be continually reduced to accommodate more spending on older people.

We can see the same thing happening in the health context. Pledges to protect the NHS budget translate into swingeing cuts in other areas. While this might be politically desirable, it is practically perverse. So we end up with deep cuts in social care and housing budgets which mean that people cannot be discharged from hospital back to their own homes or suitable accommodation in the community. It should be no surprise to anyone that the problem of bed blocking has re-emerged in the hospital sector. That was an inevitable consequence of the decision to ringfence health spending but slash complementary budgets. It was entirely predictable.

Of course, in the health sector it would have been possible to avoid this. If policy had been more holistic and framed in terms of maximising health and wellbeing, rather than spending on healthcare per se, then there would have been more room to manoeuvre. Spending on “the NHS” might have been lower but population wellbeing would have been higher as a result of maintaining spending on domiciliary care or extracare housing, for example.

But this is a more complex argument to make. It’s more difficult to package in a soundbite or fit on a leaflet. Even though we’d actually be better off as a society, this approach would leave politicians open to accusations of undermining the NHS. And we all know there is no worse accusation than that in UK politics. Electoral suicide.