Today is the second anniversary of this blog opening for business. Happy Birthday – Blorthday? No, that sounds awful – to me. Another year of offering a largely indifferent world some more or less coherent thoughts on a range of loosely related topics. 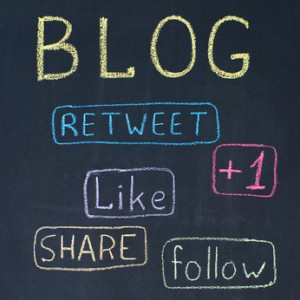 This landmark arrives at a time when the Liberal Democrat blogosphere is going through a period of reflection. This was triggered by Stephen Tall’s comments at the Liberal Democrat Voice Blog Of The Year awards at the Brighton conference. He made the point that things aren’t quite what they used to be, with a reduction in the number of active Liberal Democrat bloggers, and the enticements of alternative social media – primarily Twitter and Facebook – seemingly proving a distraction. Several prominent bloggers – including Jonathan Calder, Richard Morris and Neil Monnery – responded. The assessment that emerged was not, perhaps, quite as downbeat as Stephen’s initial comments might have been taken to suggest.

My view is that, for all their virtues, other social media cannot supersede blogging or, if they do, then something will be lost in the process.

It seems to me that twitter/facebook etc can achieve different objectives to blogging. Good for engagement and pithy one liners. Not so good for developing any sort of argument (but then again, my blogs are too long even for blogs!). It would be a pity if blogging faded away because the other social media aren’t really a substitute.

There may well be an issue with the lack of new bloggers coming on to the scene to replace those who have either left the party or decided that they have, at least for the moment, run out of steam. And there is definitely a case for refreshing the scope of, and processes associated with, the BOTY awards, if awards there are going to be.

I guess I would also like to see more space in the blogosphere for discussions of substance. One of the most interesting blogs of the last year was the series of guest posts (starting here) carried by Caron’s Musings over the summer setting out Ben Colburn’s view of social liberalism. This was properly meaty stuff that gave you something to think about. It was a counterweight to some of the interesting but more ephemeral discussion that circulates. As I also commented at Liberal England:

It seems to me that what plays best in the LD blogosphere (at least in terms of the things that get into the LDV golden dozen at the moment) is comment in quick response to developments in Parliament/policy as reported in the MSM. Much of it is reactive, quite a bit is about party business and the tribulations of the dramatis personae of the parliamentary party, and some of it is about throwing rocks at the other parties. It is less frequently about the substance of policy, bringing new information to the debate, or seeking to set an agenda. I’m not saying that’s good or bad, but that’s what strikes me.

There is an almost perpetual debate, particularly in the blogosphere, about whether the Liberal Democrat party is of the centre-left, moving to the right, or not meaningfully located on the left-right spectrum. One of the problems with that debate is that it is conducted almost entirely in terms of labels – left, right, centre, liberal – which are rarely brought to earth in terms of specific policy positions and proposals. Of course, there can be strategic advantages in not being very specific and explicit – it creates the scope for plausible denial on the part of those seeking to shift positions. But it does mean that the debate generates more heat than light.

Anyway, enough of that. This has been quite a good year for the blog. The readership has increased, while still remaining *ahem* “select”. I know some people are regular readers – I might even venture to say loyal! – and I can only say thanks very much. I enjoy writing the posts. I’m glad there are some people who enjoy reading them regularly. I’d like to thank everyone who has thought it worth retweeting or linking to one of my posts. That has helped move the blog up the rankings so that it made it into the ebuzzing politics top 100 for three months of over the summer. I’d particularly like to thank Chris Dillow of Stumbling and Mumbling who has thought several of my posts worth including in his rolling list of interesting blog posts.

So now this blog enters the Terrible Twos. You may wonder why I’ve framed the next year in those terms. In child development The Terrible Twos are characterised by temper tantrums, refusal to do what you’re told and saying “no” to everything. That may well be an appropriate characterisation of the political year ahead.

We are facing the frankly horrifying prospect of the botched implementation of Universal Credit and the imposition of an overall benefit cap. Increasingly draconian and dehumanising conditionality is being placed on access to welfare benefits. We can expect the Conservatives to attempt further rounds of welfare cuts. Housing problems and homelessness are already increasing. This is going to accelerate unless a miracle occurs. A proportion of our fellow citizens are going to be reduced to penury. That is not in doubt.

We know that social services departments are running out of emergency funds and running out of work-around ways of helping people in desperate need. ATOS work capability assessments are leaving people not only facing long-term limiting illness or disability but also destitution. This week Inside Housing reported on a child who starved to death primarily because of a failure of the benefits administration system. More people are going to die as a result of the policy agenda being pursued. That is not in doubt.

Someone might be tempted to call this acceptable collateral damage in the war on the deficit. All very Malthusian. If they did then I’d feel obliged to call them inhumane.

Alongside the positive proposals – for there undoubtedly are some – the Government looks set to press on with a range of illiberal, inequitable and incompetent measures.

So there is going to be plenty to get upset about, to critique and obstinately say “no” to. A temper tantrum might even be justified. The twos could well be terrible.

Credit should be given whenever it is due. But it is vital that bloggers are willing to engage forthrightly and critically when the Government is heading in a direction that conflicts with our principles.

That is something that I think we can all agree on.