Social liberalism and the Liberal Democrats 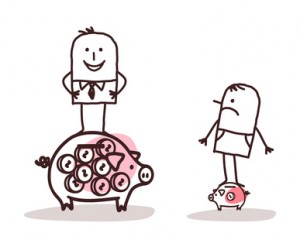 Last week a tweet by the estimable Stephen Tall crossed my timeline. The tweet pointed to his blogpost The Economist is right. Liberalism is winning. Which could be bad news for the Lib Dems in 2020. That immediately piqued my interest. After all, it is axiomatic, as all right thinking people surely know, that the Economist is pretty much never right about anything. Except, of course, on the odd occasion when, through enlightenment or inadvertence, it takes a position on an issue that I happen to hold already.

But I think on this occasion the Economist, and Stephen’s blogpost, raise an important issue. Nick Clegg, in his emotional resignation speech, argued that liberalism is needed now more than ever. This is a theme that has appeared pretty regularly in statements from leading Liberal Democrat politicians and bloggers, including the candidates for the party leadership, over the last few days. The substantial increase in the party membership since the election is taken by many as an indication that there are plenty of people who agree, but were previously, for whatever reason, not inclined to pin their colours to the mast.

Stephen considers that the Economist might well be on to something. The sort of liberalism manifest by the Conservatives and the Labour party is not necessarily liberalism as understood by thoroughgoing liberals. But it might be as much liberalism as voters can cope with: they have no stomach for the full strength version. He argues:

A form of liberalism (albeit not the Lib Dems’ preferred model) won the twentieth century, as even its opponents on the right and left of the political divide have in the past acknowledged: Britain became considerably more socially liberal and economically liberal.

This, I guess, is a triumph for the liberal disapora — what has proved a weakness in building a Liberal Party big enough to win by itself has proved a strength by embedding itself in the Conservative and Labour parties that have governed Britain.

Stephen notes Cameron’s conversion to “liberal conservatism” and speculates whether Cameron will act to moderate the worst excesses of his more swivel-eyed backbenchers, even in the absence of the pretext of Liberal Democrat demands.

First, the more we find out about the current Government’s agenda, the less likely I think it is we’ll see liberal conservatism featuring very strongly in the current Parliament. I guess we’ll find out more on Wednesday. If, for example, Theresa May comes roaring back with her plans for state censorship of the broadcast media – all in the name of that elusive but all pervasive security threat, you understand – or if this government shows as much contempt for the rule of law as the last one or proposes that it would be a good idea for the UK becomes an international pariah state on human rights then I think we’ll have the measure of the situation.

Second, the argument might have more traction on the Labour side, but it depends on who wins the Labour leadership contest. If Liz Kendall were to win as the ‘Blairite’ candidate then there might well be a swing towards a form of (economic) liberalism. Indeed, Kendall has already been characterised as preaching liberalism by at least one Labour commentator – and that wasn’t intended as a compliment.

Third, when the Economist refer to “social liberalism” it appears that it primarily has in mind things like tolerance of gay marriage. So it is more about equality of opportunity and liberty in the personal sphere. And if we think about the Conservatives or Labour party position on, for example, liberalisation of drug laws, it is clear tolerance of personal liberty only stretches so far.

There are those who argue that the future of the Liberal Democrats does not lie in trying to outflank Labour from the left, even though it wouldn’t be particularly hard to do.

There are those who argue that the Liberal Democrats need to return to their roots and rediscover their values in order to rebuild.

It may well be that renewal lies in a position that some might seek to characterise as to the left of Labour: not because there is any attempt at outflanking going on, or indeed because the key debate is left versus right, but because such a position is the radical, social liberal position to take if we are serious about delivering opportunity for all.

Relying on the major parties to embrace and embody the subtleties of liberalism would be foolish. The question is whether the Liberal Democrats can effectively communicate why that is the case.

Image: under license via fotolia.com