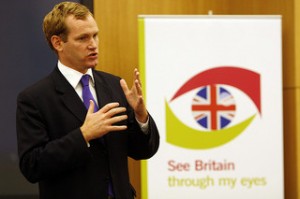 Reshuffle day is for politics nerds as transfer deadline day is for football supporters. You hope for some big name signings and some surprise moves between big clubs, but most of the activity takes place in the lower divisions.

What was the most interesting component of today’s activity? For some it is no doubt Ed Miliband’s so-called culling of the Blairites. The right wing press have already interpreted this as incontrovertible proof of a lurch to the left and a sign that Len McCluskey is the power behind the throne. On the other hand, most commentators seem to see the reshuffle on the Tory side as being rather unexciting. And that that is fundamentally a good thing.

One specific issue which might develop into something interesting is the fate of the housing policy portfolio. It appears that Labour have moved the shadow housing brief up the pecking order to give it greater prominence. Yet the initial impression is that the Tories have demoted the housing brief within DCLG. If that is the case then it is a frankly bizarre move, given that there is general agreement that housing is going to be one of the top half dozen issues in the run up to the General Election. This may be a story that has further to run.

But perhaps the single most interesting move in the reshuffle was the removal of Jeremy Browne from the Home Office and his replacement by Norman Baker.

The commentariat has rather tied itself in knots trying to interpret the significance of this move.

One thing is for sure, Browne is one of the most economically liberal members of the party. He is an unashamed classical liberal. He is therefore seen by many as an uber-Cleggite. Indeed, he has been touted by some as the natural successor to Clegg to keep the party moving in a classical liberal direction. He is, on this reading, the presentable face of classical liberalism, for those who find David Laws just a little too vulpine.

So it might at first sight appear odd that Clegg has jettisoned him.

But, on the other hand, at the Home Office Browne has arguably failed to demonstrate his social liberal credentials all that convincingly. On the racist van incident he didn’t cover himself in glory. And his attempt, during conference season, to initiate a ‘liberal’ debate about wearing the veil was not well received by many liberals. But equally importantly quite a few members of the party feel that Browne has aligned himself a little too closely and a little too enthusiastically with the Tory lines to take and the spin the Tories would like to put on events. For example, his recent piece in the Spectator attacking Ed Miliband saw him uncritically parroting the Tories “global race” line in a way that went down rather badly with some in the party. Browne’s public pronouncements – indistinguishable as they are from much of what the Tories have got to say for themselves – have led to speculation that he is going to be the first to go a bit National Liberal and defect.

So we have the commentariat veering between Browne for leader and Browne for defection. As Isabel Hardman points out in the storified tweet above, this is to the exasperation of the Liberal Democrat leadership. More importantly, as @jamesinoxford points out, it misses quite an important point. If Browne is perceived to be too close to the Tories, then there is very little chance that the membership would vote for him as leader. If you want to get a flavour of how his departure has been received by at least a segment of the Liberal Democrat party then you just need to look at some of the comments under Stephen Tall’s post on the reshuffle at Liberal Democrat Voice. People aren’t too sorry to see him go. Equally important is Stephen’s observation:

The Clegg view of Browne’s performance is revealing: “He was given the chance to put a liberal imprint on the Home Office. Ask yourself if he took that opportunity,” I was told.

Which brings us back to the brief observation in Mark Pack’s first tweet above. The issue was Browne’s performance – and by that I take Mark to mean performance in representing a distinctively liberal position.

Whether Norman Baker will have any greater success in leaving a liberal imprint upon the Home Office while Theresa May is at the helm is no doubt open to debate. You get the sense that his arrival is not being greeted with overwhelming warmth and enthusiasm. But perhaps that isn’t a bad thing.