The evolving Miliband-Mail saga is by turns fascinating, troubling and encouraging. 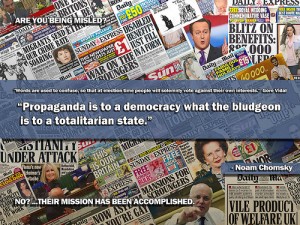 The saga is fascinating because it suggests that Miliband is properly getting under the skin of the political right. His Conference speech presented a very diluted form of social democracy. It represented a tentative departure from the neoliberal consensus that has prevailed for thirty years. Yet this has provoked a hysterical reaction. The speech was immediately denounced as socialism, or worse. Yet, that interpretation could only be sustained by distracting from what Miliband was actually saying. After all, earlier this year the IMF – that bastion of leftism – suggested that it might be a good idea for the UK to consider state interventions to bring land forward more quickly for residential development. So we needn’t assume Miliband was drawing his inspiration from the confiscatory tendencies of revolutionary Marxism. In that context, you can see the Mail going after Ed Miliband’s father – playing the man not the ball – makes some sort of sense.

Which is more than can be said for the content of the attack itself.

The idea that the diary entry of a teenager is an appropriate representation of anyone’s mature views is laughable. The idea that it is impossible to be both a socialist and love one’s country is nonsensical. The idea that a son should be condemned out of hand on basis of the alleged views of his father is objectionable. And that’s even before we get to the point of substance. It is very unlikely that Miliband Senior would be bowled over by the force of Miliband Junior’s stand against crony capitalism.

The saga is troubling because it seems to be drawing ever more issues into its orbit. The right, ever vigilant for a chance to attack, has spied further opportunities to have a go at pet hates. Today both the Telegraph, quoting sundry Tory MPs, and Rupert Murdoch – via Twitter – claimed that the nature of the BBC coverage of the issue was a clear indicator of the intrinsic Beeb’s left-wing bias. And something must be done about it.

The saga is encouraging for several reasons.

It is good to see survey evidence pointing to the majority of the population – including just about a majority of Daily Mail readers – considering the Mail’s attack to be unacceptable. This episode has exposed, yet again, quite how unsavoury the paper’s approach can be. It has spotlighted quite how far the right is willing to go to undermine anyone perceived as a threat. In the process the Mail has patently tipped over into absurdity. And it has scored an own goal by allowing critics to remind everyone of its own less than illustrious political history.

The saga has opened up a space for commentators, including George Eaton of the New Statesman and Andrew Rawnsley in today’s Observer, to remind us that the views of a substantial proportion of the population lie to the left of the position set out by Ed Miliband. Perhaps we are seeing the beginning of a shift in the Overton window to the left. 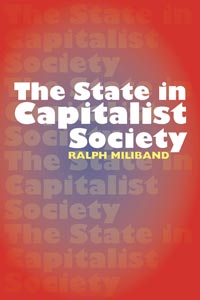 And it is encouraging because it has rekindled interest in what Ralph Miliband actually said. Publishers and bookshops are reporting that business has been brisk. After years in the shadows, his books are selling out all of a sudden. For many years they have been the preserve of university courses on political philosophy or state theory. Now more people want to find out precisely what he was all about.

And if that were a process that gathered momentum then that would be a cause for genuine alarm on the political right. At the very least, it will expose the absurdity of claiming that Ed Miliband or the Labour party represent a serious socialist challenge to the capitalist order. Ralph Miliband largely gave up on the Labour party as an inadequate vehicle for bringing about a socialist society back in the 1960s. But he was also committed to democracy. That is one of reasons why throwing around undifferentiated labels like “Marxist” or “socialist” is so unilluminating. Nonetheless, if it manages to raise the spectre of Stalinist authoritarianism it does some useful ideological work.

You don’t have to embrace Ralph Miliband’s arguments fully to recognise that he has some penetrating things to say about the imperfections of democracy in practice, the nature of the state and its organisation in the service of an elite. And that is percisely why the Mail may have scored an own goal in going after him.

I wonder whether the history books will see the Daily Mail’s attack on Miliband as a turning point. Miliband Junior was never going to tilt the axis of political debate on his own. Perhaps what he needed was some assistance from Mr Dacre.