The Conservatives as keepers of the liberal flame

Over at the New Statesman on Friday Ryan Shorthouse argued that liberals should look to the Conservatives to find the party delivering on a liberal agenda. In the post he reprises some themes that he set out in his contribution to the Liberal Reform fringe meeting at Liberal Democrat spring conference. 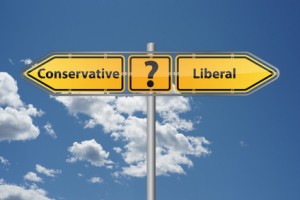 In order to arrive at this conclusion Shorthouse adopts the strategy of giving credit for the ‘liberal’ policies pursued by the current Government to the Conservatives, while glossing over the fact that it is a coalition government and, indeed, that some of the policies cited were initially opposed by the Conservatives but pushed by the Liberal Democrats. He then takes a detour into political ancient history to identify a range of liberal measures adopted by Conservative governments past. And, credit where it is due, some of those measures – such as the factory acts, extension of the franchise, and the abolition of slavery  – were enlightened: they enhanced dignity and autonomy, augmented individual rights, and rebalanced power so that the vulnerable had greater protection against the powerful.

There is undoubtedly a strong liberal flavour here. But that was the nineteenth century Conservative party. It has very little to do with contemporary Conservative thinking – after all, this Government has taken aspects of health and safety legislation back to the nineteenth century and if it weren’t for Vince Cable the benighted Beecroft report would have been implemented.  Dominant strands of contemporary Conservativism are very much more, it would appear, about undoing the good work of their predecessors, if they were allowed to get away with it.

Shorthouse goes on to argue that:

… it is of course true that all three main political parties have liberals in their ranks and leadership team … But political parties are coalitions themselves: liberals have to negotiate with others in their party who have different philosophical affiliations, and they may find themselves on the losing side in the internal battles over policy and vision. This seems to be happening too often in the Liberal Democrats and Labour at the moment.

This raises the question of how Shorthouse is using the term liberalism. Early on in the post he refers to economic, social and political liberalism. But it becomes clear that when he is talking contemporary politics the vision narrows to economic liberalism. When looking to current and future challenges he argues:

The pressures on the state will be unsustainably high, particularly when Britain has to remain a low-tax, competitive economy. We will need a strong dosage of economically liberal ideas to meet these challenges: for example, alternative ways of financing crucial public services such as education and healthcare, including greater contestability in commissioning, loans-based financing and social investment. The Tories to date have been most engaged and enthusiastic about these sort of ideas. Only they, at the moment, seem to have the appetite to pursue the economic liberal agenda we desperately need in the decades ahead.

This, fairly evidently, is an argument for much more of the same. What we need is an intensification of the sort of political prescription we have been subjected to for the last thirty years. Embedded within it are some highly contestable presumptions about effective ways to meet society’s grand challenges.  And in the process it demonstrates a failure to understand that a rounded liberalism does not begin and end with economic liberalism. Indeed, the most important challenge facing liberals is recognising the unavoidable tensions inherent in liberalism and understanding the complex trade-offs between the liberty of the individual, equality and community. 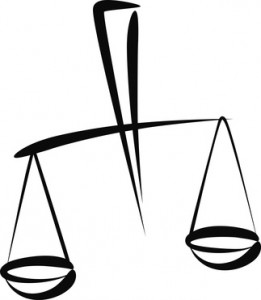 Sophisticated liberalism gets beyond the dogmatic belief that marketization is always and everywhere the answer. It rejects the simplistic equation of market relations with liberalism. It requires a laser-like focus upon the risks of incautious marketization concentrating economic power, exacerbating disadvantage, undermining capabilities, and subverting the democratic process. If market economies are not managed in ways that prevent monopolisation then they risk becoming illiberal, just as much as societies are guaranteed to be illiberal if too much power resides with the state. In a world of imperfect alternatives and risks on all sides, the liberal path is subtle and elusive.

Perhaps we shouldn’t expect too sophisticated a rendering of liberalism from those who align themselves with the Conservative cause. But it would appear there are one or two in the Liberal Democrats who also start from a visceral dislike of the state and elevate a rock-solid belief in the miraculous power of markets above ensuring genuine social participation, pluralism and democracy.

But that is a topic for another day.