Housing associations and the impacts of welfare reform 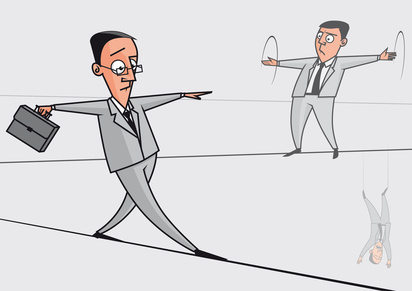 Organisations providing services to lower income households and those receiving social security no doubt started 2013 with some unease, if not a distinct sense of foreboding.

For some the money may imminently be running out, as government grants come to an end. The concern there is, for example, whether poorer people are going to be able to secure access to justice or be shut out of the legal system for want of resources.

And, of course, many staff will have far more personal concerns about finding themselves out of the labour market as a consequence of funding cuts – running the all too real risk of being labelled a skiver by the Government as a result.

And 2013 is the year in which the Coalition’s welfare reforms really kick into gear – sucking money out of the system. The knock on consequences for organisations’ income streams could potentially be severe. Nowhere is this more the case than for housing associations, whose multimillion pound business plans and extensive borrowing commitments with private lenders rely upon a steady flow of rental income. And that income is in turn heavily underpinned by housing benefit. Key changes under welfare reform the move to direct payments, the bedroom tax, the overall benefit cap – all have potentially serious implications for the viability of housing associations.

Two years ago I blogged on housing associations and new policy-induced risks. You could see it come a mile away. Now it is almost upon us. The risks are crystallising.

There are a number of monitoring exercises under way to try to track the consequences of the Coalition’s cuts. Key to this is collecting baseline data so we can follow through on impacts as they unfold in the coming months.

An important addition to this research effort is the Ipsos-MORI/CCHPR study on behalf of the National Housing Federation. The baseline study is published this week. The study sets out the baseline expectations among NHF members of the impacts of welfare reform. The fieldwork was conducted before the Autumn Statement announced the proposed 1% freeze on benefit uprating, which is no doubt going to make things financially even hairier for some organisations.

In one sense, the headline findings of the study are not hugely surprising. A large proportion of housing associations are expecting the reforms to have a considerable impact. More organisations flagged direct payments as a concern than other aspects of welfare reform. Nine out of ten respondents expect that it is very or fairly likely that direct payments will increase the difficult in collecting the rent and raise the level of arrears. Almost as many expect total rental income to fall. The sector is expecting to be devoting more resources to arrears management and money advice and support in order to try to secure income streams.

The bedroom tax is more frequently identified as likely to have an impact than the overall benefit cap. In fact, the overall benefit cap did not emerge strongly as a concern for most organisations. I’d be interested to see the precise question here, in particular the timescale that the respondents were referring to. I’m sure that the bedroom tax is more likely to have an impact in the short run. The benefit cap is likely to become increasingly important over time.

The report provides some useful information on the way in which perceptions of the impacts of welfare reform differ across organisations of different size, by the balance of their stock between family-sized and smaller properties, across the urban and rural divide, and between regions.

But equally interesting are the hints the report gives of the sort of behaviour changes that might follow from welfare reform. And that applies on both the landlord and tenant side. 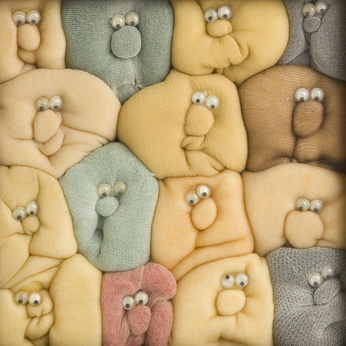 Many responding housing associations indicate that there has already been a marked increase in transfer requests from existing tenants. Given that a significant proportion of tenants are yet to grasp the implications of welfare reform, and so they can’t sensibly be counted in an assessment of behavioural impacts, the reported increases in transfer requests could legitimately be seen as substantial. Whether a landlord can meet such requests depends on the nature of its stock. The report starts to interrogate some of these issues.

On the landlord side one of the things that I am most interested in is whether welfare reform will lead to changes in allocation policies and priorities. The report suggests quite a few landlords think that it might. We know that an appreciable minority of households are currently underoccupying at the point of letting. Do we expect this proportion to shrink over time? It may be that such households are in work and so underoccupying isn’t going to encounter immediate problems in relation to the new benefit rules. But how likely are those households to continue in steady employment? Or are they going to be moving into and out of work in an increasingly flexible low skilled labour market? If so then are they going to end up repeatedly getting tangled up with the benefit system? Are housing associations going to have to build up a more sophisticated appreciation of the flexibilities at the bottom end of the labour market in order to manage risks? And a transfers policy to match? Or are they going to adopt a less nuanced and more risk averse approach of simply not allocating properties in a way that allows underoccupation?

Of course we don’t know. And only time will tell. But it seems inevitable that some organisations will feel obliged to rethink their approach entirely. How pervasive such changes to business models will be is the big unanswered question. And that is what makes monitoring exercises like that being conducted by Ipsos-Mori/CCHPR so important.